Lifting of the boycott of Uzbek cotton will create of millions of new jobs, says Chairperson of the Oliy Majlis 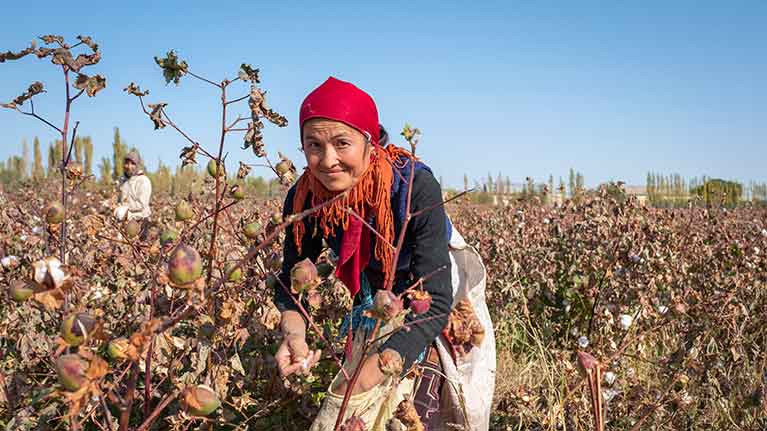 Almost two million people are recruited every year for the annual cotton harvest in Uzbekistan. The country has succeeded in eradicating systemic forced labour and systemic child labour during the 2021 cotton production cycle, according to new ILO findings. A majority of cotton pickers say that working conditions had improved since 2020.

The Chairperson of the Oliy Majlis, the parliament of the Republic of Uzbekistan, and National Commission on Combating Human Trafficking and Forced Labor Chairperson Tanzila Narbaeva has following to say about the developments taking place in her country. 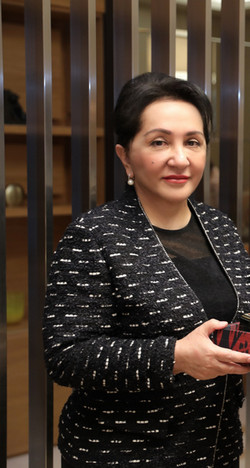 Over the past 5 years, unprecedented results have been achieved in Uzbekistan under the leadership of President Shavkat Mirziyoyev, both in domestic and foreign policy.

Thanks to the political will of President Mirziyoyev, concrete results have been achieved in ensuring human rights and their guarantees, as well as the eradication of forced labor, including child labor. The implemented measures in the field of labor relations have already become exemplary for the world community.

In particular, on March 10, the international coalition Cotton Campaign officially announced the abolition of the “cotton boycott” against Uzbekistan, thanks to the efforts of President Mirziyoyev to initiate and implement reforms in the field of ending forced labor and developing the cotton sector.

Many reputable international non-governmental organizations, including Human Rights Watch, the American Apparel and Footwear Association, the US Fashion Industry Association, and a number of other organizations, responded positively to the elimination of child and forced labor and called on international brands to cooperate with manufacturers of Uzbek textile products.

In turn, the lifting of the boycott of Uzbek cotton will serve to the creation of millions of new jobs — especially in rural areas — as well as attract foreign investment in the textile industry and expand the export potential of Uzbekistan.

The Uzbekistan government declared that child labor was “completely eliminated” in 2016. Based on this, the European Parliament ratified the inclusion of a textile protocol to the partnership and cooperation agreement between the European Union and Uzbekistan.

The document provides for the removal of quantitative restrictions and the reduction of customs duties when importing 3,000 items of Uzbek textile goods into the countries of the EU. As part of its new status, customs rates for textile products from Uzbekistan were reduced and ranged from 4 to 12 percent.

In a 2019 US Department of Labor report, Uzbekistan was rated as making moderate advancement in efforts to eliminate the worst forms of child labor. Later, the status was upgraded to the second tier.

In October 2020, the US Trade Representative decided to complete the work to review Uzbekistan’s compliance with the criteria for ensuring labor rights in accordance with the US Generalized System of Preferences (GSP). As a result, Uzbek cotton was removed from the “List of Goods Produced by Child Labor or Forced Labor.”

Along with this, in December 2020 the European Commission conducted an analysis on the basis of which it was concluded that Uzbekistan met the criteria for participation in the EU’s Generalised Scheme of Preferences Plus (GSP+). In April 2021, the GSP+ came into force for Uzbekistan.

In 2021, Uzbekistan improved its position in the Trafficking Against Persons (TIP) Report by upgrading from the Tier Two Watch List to Tier Two.

These successes were achieved as the result of large-scale labor reforms, such as strengthening the legislative and organizational and legal framework; implementation of international standards; reforming agriculture; development of institutional framework; conducting systemic monitoring and research; and activation of cooperation with civil society and relevant international organizations.

At the national level, 32 new laws were adopted between 2019 to 2021. One of the most effective measures was toughening criminal liability for the use of child and forced labor. This brought Uzbekistan’s legislation into line with ILO Convention No. 29 on forced or compulsory labor.

The Oliy Majlis, Uzbekistan’s parliament, developed and approved a new edition of the Labor Code, designed to protect workers by providing them full and timely payment of wages, favorable conditions and working regimes and most importantly, effective protection of their rights in case of violations.

Uzbekistan is participating in a campaign dedicated to the centenary of the International Labor Organization for the ratification of international labor standards. The republic annually ratifies two ILO conventions on average.

The Uzbek government is paying special attention to the development of institutional frameworks to combat human trafficking and forced labor. The Ministry of Employment is taking all necessary measures to improve labor relations in the republic. Law enforcement agencies work to prevent infringement of human rights, particularly in the workplace.

Systematic measures are being taken in the agricultural sector as part of the “Agricultural Development Strategy of the Republic of Uzbekistan” for 2020 to 2030. In 2021, more than 30 legislative and regulatory acts in this area were adopted.

An unprecedented step was the development of a cluster system, the purpose of which is to form a single chain that combines all the processes of manufacturing finished products from acquiring raw materials to processing them and manufacturing the final product.

Work is underway to mechanize cotton farming. About 12 percent of raw cotton was harvested by machine in 2021, an increase from 8.5 percent in 2020.

Imported cotton harvesters and spare parts for them are exempt from customs duties and recycling fees for the next three years.

Special attention is paid to the wages of cotton pickers. The payment for 1 kilogram of handpicked raw cotton in 2021 has increased almost tenfold since 2015.

These measures are being implemented to strengthen the system for protecting the rights, freedoms and interests of citizens, as well as to eradicate forced labor in accordance with international standards.

ILO representatives emphasized that, according to the monitoring results in 2021, Uzbekistan has managed to end the systematic use of forced and child labor in cotton harvesting. The country’s experience in implementing international standards in this area is a model for the world.

As ILO Director General Guy Ryder noted, this year’s ILO report showed that Uzbek cotton is free from child and forced labor. Uzbekistan now has an opportunity to move up the value chain and creating millions of decent full-time jobs in the textile and clothing industries.

The state also monitors domestic trade unions annually through the state-run Labor Inspectorate. The chairperson of the Oliy Majlis also established a Parliamentary Control process to root out cases of forced or child labor.

In the cotton harvest season, the Labor Inspectorate sanctioned 62 officials for violations of labor legislation. Of these, five officials had allowed forced labor.

Uzbekistan is a country with a high demographic burden on the labor market. At present, the working-age population is about 20 million; the number of employed is 15 million; and the number of people in need of work is 1.3 million. More than 500,000 young people enter adulthood and need employment every year.

As an effective solution to this issue, Uzbekistan, with the support of the ILO, is developing a National Employment Strategy. The “Decent Work Country Program” for 2021-2025 is currently ongoing. Notably, Uzbekistan is one of the first countries that developed the Country Program taking into account the new requirements imposed by UN system reforms.

Uzbekistan is also working with international partners on the implementation of international standards in the field of labor relations, through its “Better Work Program” and “Better Cotton Initiative.” At the end of 2021, Uzbekistan applied to the ILO and the World Bank to consider the possibility of assisting in the adoption of the Better Work Program and received positive responses.

Thus, it should be noted that the ongoing concrete measures in the field of ensuring human rights, creating decent working conditions and improving labor relations have laid a solid foundation for building a Third Renaissance in the “New Uzbekistan.”

The World Welcomes 2011 With High Hopes