Export Promotion Council for Handicrafts (EPCH) in collaboration with O/o Development Commissioner (Handicrafts) has set up an infrastructure project at Jodhpur in Rajasthan, to be known as ‘Trade Facilitation Centre’ (TFC), situated at Boranada, Jodhpur. The purpose of TFC is to facilitate development, promotion and marketing of handicrafts products of Jodhpur cluster, the. The Centre would provide the necessary infrastructure and support services comparable to international standards to host buyers, designers and resource persons and provide all required support services.

Speaking on the occasion Shri Gajendra Singh Shekhawat, said that since this facility has been set up in my constituency and it gives me additional pleasure that with such initiative, avenues for skilling and marketing will be available to both existing exporters and the budding entrepreneurs. He urged everyone to take full advantage of the facilities available at this centre. The Minister appreciated the enterprising nature of the handicrafts exporters of Jodhpur and hope that the exports from city and state would grow in future. He further requested Darshanaji to sanction a Textile Park and Vande Bharat Train for Jodhpur city.

Smt. Darshana V Jardosh, Minister of State for Textiles & Railways said that the Trade Facilitation Centre would usher in a new era in exports from this mega cluster as this facility would enable and encourage existing exporters to increase exports through various marketing initiatives undertaken at this venue in the coming years. She further said that, this venue will also pave way for the budding entrepreneurs of the city, as Jodhpur is a land of entrepreneurship and this venue will act as a catalyst to stimulate young minds in the city to take up handicrafts as a viable vocation in future. She further informed about the various schemes like production linked incentive scheme, PM Mitra Park and One Station One Product for the growth and development of the Textile Sector from the country. 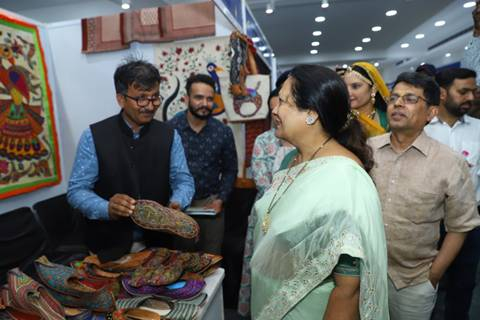 Shri Shantmanu, Development Commissioner (Handicrafts) in his address said that the gift of TFC given to Jodhpur will provide impetus to exports from the city. A detailed action plan will be prepared so that exporters and artisans can benefit from the programs organized in this center.

Shri Raj Kumar Malhotra, Chairman – EPCH informed that in order to facilitate development, promotion and marketing of handicrafts products of Jodhpur cluster, the Export Promotion Council for Handicrafts (EPCH) in collaboration with O/o Development Commissioner (Handicrafts) has set up an infrastructure project at Jodhpur in Rajasthan, to be known as ‘Trade Facilitation Centre’ (TFC). The state-of-art ‘Trade Facilitation Centre’ at Boranada, Jodhpur will serve as a platform to hold trade fairs, retail exhibitions, buyer-seller meets, special promotional events, conduct workshops and conferences. He further said that he is confident that this venue will be an important land mark in Jodhpur nurturing entrepreneurship, facilitating exports of handicrafts and providing livelihood to many more.

On the occasion, Shri Rakesh Kumar, Director General-EPCH said that the council has over the years have taken various initiatives for growth and development of handicraft sector at Jodhpur which include a common facility centre, international furniture fair, Vriksh compliance scheme for wooden handicraft exporters, regular workshops and training programmes. Today with the inauguration of this trade facilitation Centre which is another feather in the cap of Jodhpur City would surely provide impetus to our initiative of convergence of backward linkages with forward linkages and thereby contribute to enhancing exports from the city.

Smt. Darshana V Jardosh also visited some craft clusters around Jodhpur which were strengthened and promoted under CHCDS scheme of the Ministry of Textiles, Govt. of India. She also visited some of the major wooden handicraft manufacturing units in the city.

The exports of handicrafts for April-March (provisional) of the current financial year 2021-22 is at Rs.32,417 crores (US$ 4347 million) registering a growth of 26.24% (Rupee terms) and 25.66% (dollar terms) over the same period last year, informed Shri Rakesh Kumar, Director General-EPCH.

Export Promotion Council is a nodal agency for promotion of exports of handicrafts from the Country and create brand image of magic of the gifted hands of millions and millions of artisans and crafts persons engaged in production of home, lifestyle, textiles and fashion jewelry & accessories products in different craft clusters of the Country. 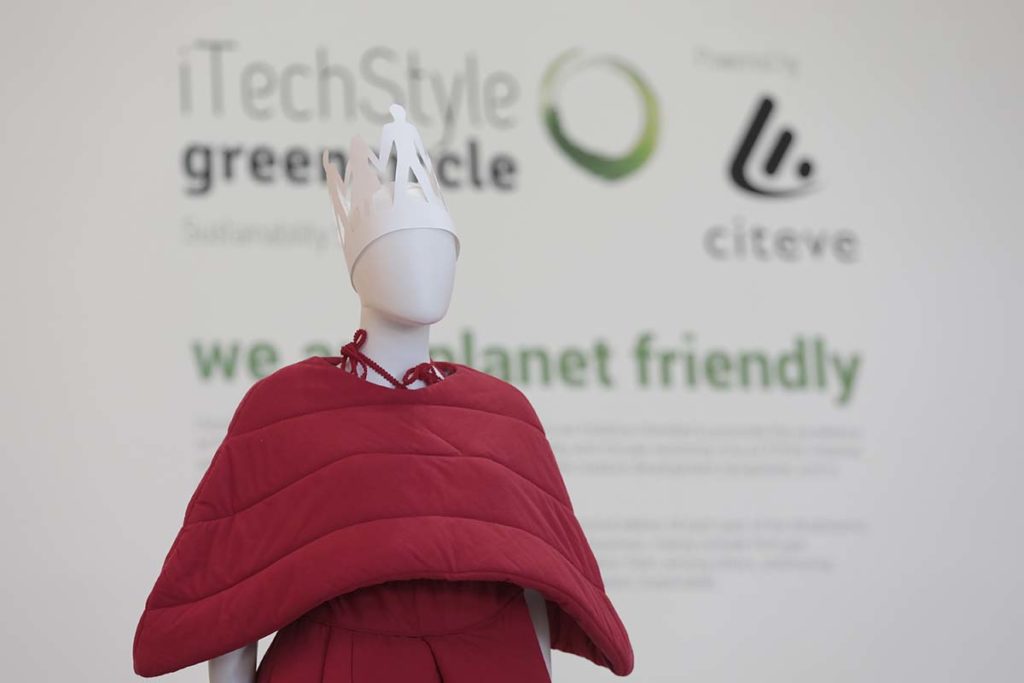 Dryers for DTG and Screen Printing Now with High-Volume Exhaust

TAI Seminar on “Technical Textiles – Need of Today and Tomorrow”