There is disturbing news for textile manufacturers of the country that must put them on a high alert, especially if they are engaged in export related production activity and not following the global practices with regard to well-being of their labourforce.

The Netherlands based Centre for Research on Multinational Corporations (SOMO) – in association with India Committee of the Netherlands (ICN) – has come out with its latest investigative report on the Tamil Nadu textile and garment industry. The research was conducted to find out the current status of compliance of labour-related global standards by leading export oriented manufacturing units.

The findings of the research survey – presented in the report titled “Flawed Fabrics” – are, indeed, very shocking for all those associated with the textile industry. The sub-title of the report “The abuse of girls and women workers in the South Indian textile industry” clearly conveys the conclusion drawn by researchers from their extensive work that involved interviews with 151 workers and opinion leaders, as well as governmental and not-for-profit organisations of the region. The study covered five leading vertically-integrated manufacturing units which are part of the supply chains of leading European and US clothing brands and retailers.

Tamil Nadu, in South India, has a vibrant spinning industry and is a major hub in the global knit-wear sector. The manufacturing units located here cater to some of the big clothing brands – including C&A, HanesBrands, Mothercare, Primark and others. There are around 1,600 mills in Tamil Nadu with a workforce of more than 400,000 workers. Sixty per cent of the total labour force is estimated to consist of girls and young women.

The report “Flawed Fabrics” claims that there are cases of serious labour- and human-rights violations faced by girls and young women employed in the mills under investigation. SOMO and ICN conclude that “several core labour rights are being violated. Girls and young women are being lured from their home villages by false promises and are working under appalling conditions amounting to forced labour.”

The report also highlights the role played by dubious recruiters who promise lucrative details of salary, accommodation, meals, training & schooling opportunities, a lump sum payment at the end of three years and also other benefits such as provident fund, overtime salary, sick leave, medical benefits etc. But the research showed that average monthly salaries ranged from Euro 20 to Euro 52 at the five mills and most of the offer details of recruiters were false. The report claims “In four out of the five researched mills, workers get paid in cash, without signing for receipt, and without any supporting documentation or explanation about hours worked or overtime rates. There is no minimum wage for spinning mill workers.”

In a nutshell, the report “Flawed Fabrics” is a wakeup call for everyone to double check whether their production houses are fulfilling the global compliance level without compromising with the well-being of their workforce. It must be remembered that we are now under the global watch and any lethargy in meeting our business related social obligations and duties can have a devastating effect. Ignorance can no longer be acceptable and/or affordable. 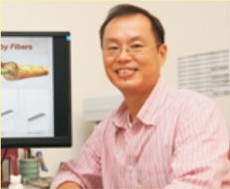 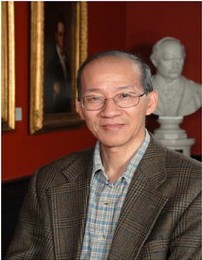