The world recession has hit the Asian Textile & Garment sector at a time when the sector globally is already in the throes of potentially massive readjustment (UNCTAD 2005). The T&G sector, especially garments, is one of the most globalized of any in the world economy (UNCTAD2002: 120-124). This globalization, however, owes much less to normal market forces than to trade distortions, particularly the Multi-fibre Arrangement (MFA) and its successor, the  Agreement on Textiles and Clothing (ATC). The MFA/ATC, which ended on 1 January 2005, controlled exports to major markets, particularly the EU and the USA, for over thirty years.Thousands of jobs are being slashed, as companies grapple with the mounting pressures of recession. In the international forefront, even the countries with developed economies; have been hit hard by the slow down. The global turmoil, which initially started off as a financial crisis, later lead to economic crisis is sending shivers; worldwide. The Indian textile sector, which was already wobbling due to rupee appreciation, and rising cotton prices, is hit hard than any other sector. Unable to tide over the crisis, many textile companies have laid off its laborers in the past six months.

Approximately, 60% of the total garments & made-ups (Bed Linen) manufactured in India are exported to foreign markets like EU, US, and Japan. Textile export houses are one of the biggest employers in the country. Economic slowdown in the US and EU has affected the textile business in India, resulting in a drastic decline in the country’s garment exports.

If we look at the  comparison of cost structure, the lead time for orders placed by Europe to Indian Exporters would be 5 to 7 weeks as the Cargo movement is by sea and it consumes more time whereas in case of orders placed on Turkey, they can execute the order in a weeks’ time as the transportation is by Road.

Turkey can manufacture and supply the goods faster and  at a lower cost because the cost involved until  execution of order will be much less as compared to Indian suppliers.  Turkey is also ready to give short length in 3 colour way in 5000 mtrs as they are in a position to supply the order in a week.

Whereas in India  to execute an order of design in 5000 mtrs with 3 colour way, the overall total cost would be very high due to short length.  Even in case of repeat orders, we may have to keep sufficient inventory of  screens, etc which is also a costly affair.

We would also emphasis here that the fashion trend has been changed in European countries now. In place of Cotton wear, they are opting for Polyester Micro Fibre (fabric) which is very much durable and cheaper cost-wise.  Hence  the market for Cotton fabric has suffered which has affected the economy of Indian Textile Industry.  The Polyester Micro fibre has become popular in EU market as the fabric has the pitching effect/can absorb the perspiration as good as cotton fabric and hence this is in much demand.  With this, the cycle of requirement of Cotton fabric production is also reduced.

The above reasons have contributed to less demand, production and supply of  Cotton fabric from India to EU countries which is affecting the economy of Indian Textile Industry.

Expressing concern over the current situation of the textile industry, the Ministery of Textiles (MoT),  Govt. of India has taken some necessary steps to bring the industry out of recession. A series of relief measures such as enhanced DEPB & Duty drawback rates, reduced ECGC premium, subvention on credit rates, refund of service tax paid by exporters on various services etc. are all directed to assist textile exporters to keep up the morale high.

Mr. Kiritkumar V. Patel is responsible for the over all production control processes as well as administration and smooth functioning of all the departments of the Ahmedabad based CTM Textile Mills. He is Textile Technologist from the Gujarat Technical Board and has been successfully performing his role as the Vice President of the Company since last 11 years. He is the key man focusing with full dedication on the ‘MISSION SUCCESS’ of the Management to take the Company to be recognized as one of the most modernized and advanced Processing House in the Textile Industry in India. 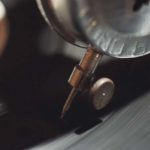