To make India a manufacturing hub in the area of Technical Textiles, under the “Make in India” initiative of Government of India. That is one of the objectives of Technotex 2016, India’s premier show on technical textiles, organized by the Government of India, in association with Federation of Indian Chambers of Commerce & Industry (FICCI). The 5th International Exhibition & Conference on Technical Textiles recognizes the immense potential of technical textiles and its increasingly diverse and innovative applications. Fittingly, the event has a ‘smart’ theme: “Technical Textiles – Towards a Smart Future”. Technotex 2016 will be held at Bombay Exhibition Centre, Goregaon, Mumbai from April 21 – 23, 2016.

Speaking at the curtain raiser event of Technotex 2016, held at Shangri-La, Eros Hotel New Delhi on January 29, 2016, Hon’ble Minister of State for Textiles (Independent Charge), Shri Santosh Kumar Gangwar said that technical textiles can play an important role in the nation’s social and economic fronts. As examples, he pointed out the applications of geotextiles in infrastructure and agrotextiles in improving agricultural productivity and quality of output. 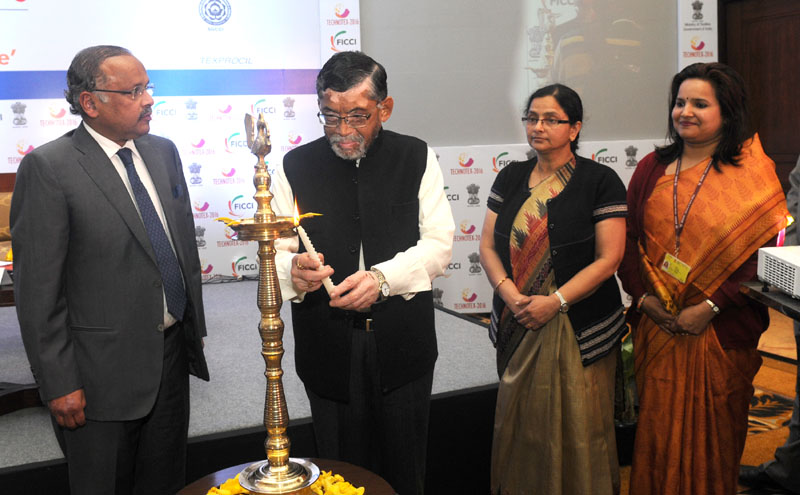 The Minister of State for Textiles (Independent Charge), Shri Santosh Kumar Gangwar lighting the lamp at the Curtain Raiser event of Technotex 2016 Technical Textiles  Towards a Smart Future, in New Delhi on January 29, 2016.

The Minister recalled the launch of a 427 crore rupees Government of India scheme to promote usage of Geotechnical Textiles inthe North Eastern Region of India, in March 2015. He said that this scheme would provide support for use of geotextiles in road construction, slope stabilization and water reservoirs. He expressed satisfaction at the completion of the construction of the airport access road at Imphal, using geotextiles. He said that approval has been given for 13 water reservoir projects in Manipur and Tripura, and for two projects in road construction and slope stabilization in the two states, all employing geotextiles. 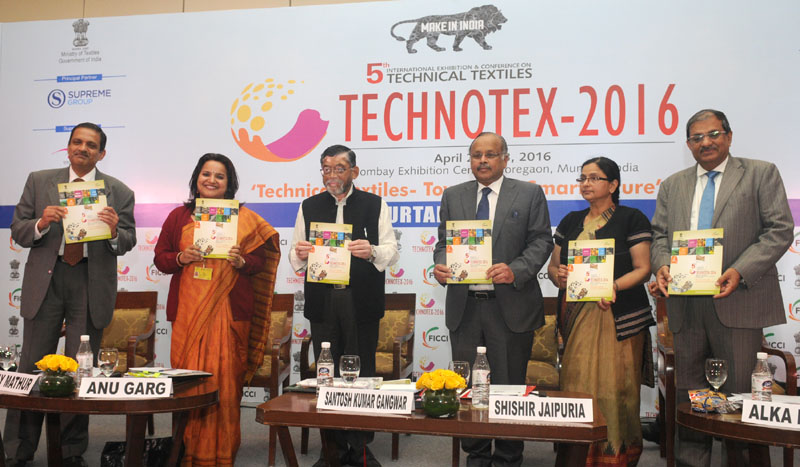 The Minister of State for Textiles (Independent Charge), Shri Santosh Kumar Gangwar releasing the Baseline survey on Technical Textiles and BIS Standards, at the Curtain Raiser event of Technotex 2016 Technical Textiles  Towards a Smart Future, in New Delhi on January 29, 2016.

Shri Gangwar said that a pilot scheme has been approved in order to promote agrotextiles in other parts of India. He said that two demonstration centres are being set up under the scheme in drought- affected areas in Amravati district of Maharashtra. Besides this, 60 farmers in Amravati have been identified for distribution of agrotextile kits, said the Minister.

The Minister said that the Ministry of Textiles has set up six focus incubation centres at a cost of Rs 17.4 crore. These centres would help budding entrepreneurs build innovative technical textile products in a “plug and play” model, and would help promote Make in India in textiles. 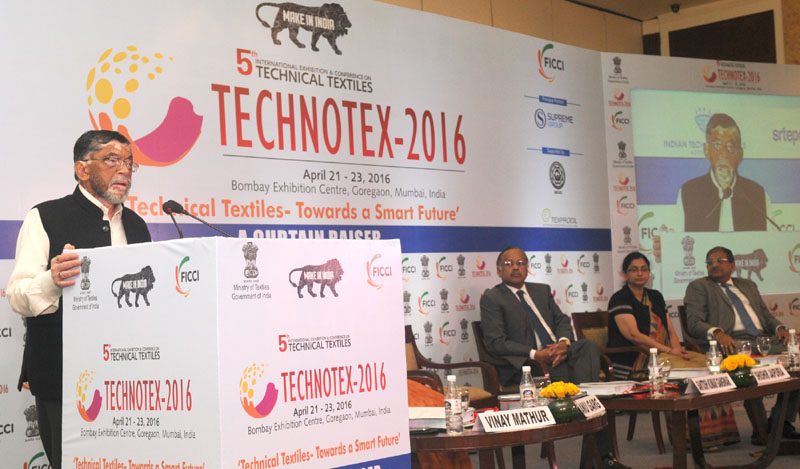 The Minister of State for Textiles (Independent Charge), Shri Santosh Kumar Gangwar addressing at the Curtain Raiser event of Technotex 2016 Technical Textiles  Towards a Smart Future, in New Delhi on January 29, 2016.

On the occasion, the Textiles Minister released the Baseline survey on Technical Textiles and BIS Standards for the industry. The release of the survey and standards is an important step forward in the Government’s efforts for standardization of technical textile products in India. The Minister also released the event brochure for Technotex 2016.

A common platform for interaction amongst stakeholders from across the global technical textile value chain, TECHNOTEX exemplifies the immense potential for trade and investment between India and foreign countries in technical textile sector. The 5th edition of Technotex will be held from April 21st to 23rd at Bombay Exhibition Centre, Goregaon, Mumbai this year.

The exhibition and international conference Technotex India is expected to draw in more than 200 exhibitors, who would showcase a varied collection of technical textiles from the various sub sectors of the technical textiles industry. With participation from nations like Korea, Switzerland, Japan, U.S.A, Germany, Belgium, U.K, Austria, Italy and many more, the event will witness the country pavilions of Taiwan and China as well. A gateway to the technical textile arena, the event bridges the gap between buyers and sellers by facilitating B2B (business to business) and G2B (government to business) meetings. 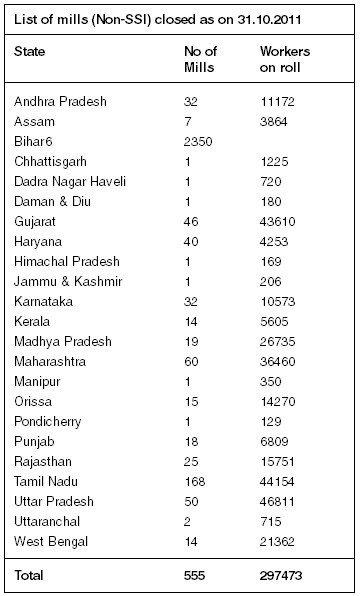 Can China be a Major Destination for India’s Textile & Clothing Exports?