“Challenges for the Textile Industry: Present & Future” ITMF 2012 Conference in Vietnam : A Report

The 2012 Annual Conference of the International Textile Manufacturers Federation (ITMF) was held on November 4- 6 in Hanoi, Vietnam for the first time. The theme of this year’s conference, organized by The Vietnam National Textile and Garment Group (Vinatex), was “Challenges for the Textile Industry: Present and Future”. It was attended by about 250 representatives from 26 ITMF member countries. They discussed issues such as changes in the materials market in the context of the ongoing debt crisis in some developed countries; the development of the garment and textile sector in Vietnam and China; US garment and textile policies; and supply chain management. 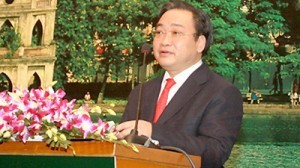 Hai said the Prime Minister had already approved a development strategy that focused on strongly improving support industries, producing raw materials and raising added value for textile products. Vinatex, which is co-hosting the conference, was the core of this plan. He said the weaknesses and difficulties facing the local garment and textile sector could be overcome by trying to improve Viet Nam’s role in the international market. In particular, the garment and textile sector was facing a drop in garment and textile contracts due to the global economic downturn, price changes for raw materials, rising input costs and poor design capacity. Hai said this was due partly to a lack of support industries. Therefore, the conference was an opportunity for domestic spinning and weaving manufacturers to learn and exchange experiences.

Vietnam’s textile exports have increased sharply over the past few years, from US$5.9 billion in 2006 to US$15.8 billion in 2011. Currently, Vietnam is the second biggest supplier of garments and textiles to the US, the third largest to Japan and the fourth biggest to the EU.

Vu Duc Giang, President of the Vietnam Textile and Apparel Association and Chairman of the Vietnam National Textile and Garment Group (VINATEX) said the event will help increase mutual understanding between ITMF members and Vietnam, and offer the country a chance to receive the latest fiber, weaving and dyeing technologies. Vu Duc said after a year’s membership of ITMF, Vinatext had connected directly with textile industry in many countries and had been updated with many new technical advances in the production of yarn and fabric. He said the conference was an opportunity for Vinatex to introduce Vietnamese garments and textiles to customers around the world and call for investments. 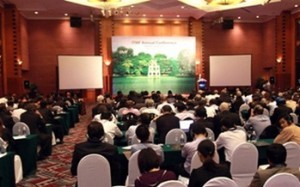 The conference theme, Challenges for the Global Textile Industry Present and Future, reflects the fact that the global textile industry faces a difficult business environment. The conference agenda included the discussion on the volatile raw-material markets, sovereign-debt crises, currency disputes, political instabilities, the blocked Doha trade round, looming protectionism, growing world population, demographic changes, and climate change. All have far reaching implications for global textiles. During the Fiber Session, ‘sustainability of cotton’ and ‘global demand for man-made fibers’ were highlighted. Meanwhile, ‘cotton’s future in the supply chain’ was the focus in the Supply Chain Session.

Fiber Session : The Sustainability of Cotton and Global Demand for Man-Made Fibers

The International Textile Manufacturers Federation (ITMF) held its Fiber Session on Nov. 4 in the Grand Ballroom in Hanoi’s Melia Hotel. Attendees packed the venue to listen to presentations from some of the top minds in both the cotton and man-made fiber industries.

The cotton-oriented portion of the Fiber Session focused on various aspects of sustainability, from its growing role in retail marketing, to the focus and meaning of the Better Cotton Initiative, to the mutiple challenges the industry faces in developing a sustainable supply chain.

The first speaker, Robert Antoshak of Olah Inc., focused on the relationship between cotton and the textile industry. Although they are technically at the end of the long cotton supply chain, retailers are really where it all begins, Antoshak said — even in the case of sustainability, which used to be regarded primarily as a concern for those who grow cotton, not those who sell it.

The ability to offer ‘green’ products is a critical success factor at the retail level these days,” Antoshak said. “If retailers can label their products as being environmentally friendly, they have an undeniable advantage among consumers in the marketplace. People can debate all day long about what “being green” actually means, but in the end, it doesn’t matter because perception is reality. “Buyers believe in ‘green,’ and it doesn’t really matter whether they’re right or not,” he concluded. “It’s what they’re going to demand.” 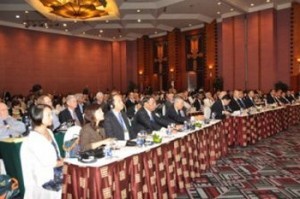 The second speaker, Ecom Cotton Group’s Antonio Vidal Esteve, gave an impassioned presentation about ways the Better Cotton Initiative (BCI) can eventually raise the bar on sustainability for the entire supply chain. Esteve pointed out that it is still a common misconception that BCI is a non-governmental organization (NGO), when it was actually created by forward-thinking retailers such as IKEA, Levi’s, Adidas, and H&M. “These companies don’t actually need BCI today … but they see that the day is coming when they will,” Esteve said. “Sustainable production is not a ‘cotton-only’ issue, but it is an issue the cotton industry will have to find a solution for, just as other commodity supply chains have done. BCI is an industry-wide, umbrella solution.”

One of BCI’s biggest challenges has been the confusion about the use of the term “better.” According to Andrew Macdonald, head of AMCON Consulting and moderator of the Fiber Session, “It’s crucial that people realize ‘better’ doesn’t refer to quality; it refers to improved production practices.” Esteve added, “The purpose of BCI is not to say that one type of cotton is intrinsically superior to another type of cotton. The purpose is to enable and promote sustainable best practices in all aspects of the cotton supply chain.

The final presentation in the cotton portion of the program was delivered by Bayer CropScience’s Richard Shaw, who highlighted a number of challenges the industry faces in developing a sustainable cotton supply chain. Among them are the lack of universally accepted protocols and metrics; the absence of official standards for certification and documentation; and a lack of consensus on third-party verification.

Shaw pointed out that addressing those and the other challenges cotton faces in becoming more sustainable won’t be easy — or cheap. “Due to the costs inherent in making major changes, additional compensation will be required at various points in the supply chain,” he said. “That’s something we simply have to accept, right from the start, if we want our industry to become more sustainable.” 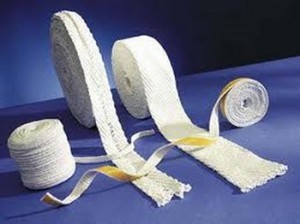 The second part of the Fiber Session focused on man-made fibers and began with with an overview of the global demand for chemical fibers. PCI Fibres’ Peter Driscoll stated that while part of man-made fibers’ gains in overall market share are due to the growing number of uses for synthetics (above and beyond traditional textile applications), they are also the result of the extreme volatility that the cotton industry has experienced in recent years.

“That price volatility appears to have reflected a panic about the supply [of cotton],” he said. “A number of retail brands we’ve talked with said are making a concerted effort to move away from cotton products because they can’t bear the thought of discontinuity of their supplies.”

He said it took six to nine months for the man-made fiber industry to pick up the demand vacated when cotton prices spiked, but that lag is just part of the business. “Generally speaking, demand from consumers tends to be quite smooth,” Driscoll said. “What isn’t smooth is the fiber industry’s reaction to that demand. A retailer might see an increase in sales of green shirts, decide that green is now ‘in,’ and order [a large number of green shirts] from the supplier. The market then becomes saturated because the anticipated demand was distorted. But that’s the way this business works, and it always will, so we simply have to live with it.”

Madhu Suthanan of Reliance Industries gave the final presentation of the day, focusing on the sustainability advantages offered by polyester fiber — particularly those related to economics. “Polyester is not only the most affordable of textile fibers, it has had the lowest levels of volatility in recent years,” he said. “In addition, polyester supplies are easily scalable to varying levels of demand, a problem that is much more challenging” for natural fiber. He concluded by pointing out that there is a 98% correlation between GDP and fiber demand, and as the global economy continues on the road to recovery, polyester is expected to be the biggest beneficiary, accounting for 65% of the growth in incremental demand in coming years. Polyester filaments accounted for less than 10% of global fiber consumption in 1980, but that number will approach 50% of the total fiber market by 2020, he predicted.

During the Supply Chain Session, Mark Messura of Cotton Incorporated focused on cotton’s future in the supply chain. He noted that there is an ongoing competition between cotton and synthetic fibers. While cotton and synthetic fibers will continue to fight tooth and nail for market share, the bigger picture for cotton is the ability to expand its number of uses and applications. “Between 80% and 85% of all cotton produced in the world goes into clothing, and clothing will continue dominate the end uses for cotton, but it’s also used in oil, ice cream, animal feed and construction materials,” he said. “Textile companies might not be able to spin cotton seed, so those applications don’t necessarily impact mill owners. But they are critically important to the economic health of cotton farmers, so expanding the number of applications cotton can be used in will be a driving force for production in the future.” He added that cotton isn’t a synthetic fiber, but it is an engineered fiber. It’s constantly evolving.

International Textile Manufacturers Federation (ITMF) which founded in 1904 is a non-governmental organization, aiming to provide a neutral meeting ground for textile trade associations for the exchange of information on matters affecting their textile industries, consistent with the trade regulation laws of the nations represented. Through ITMF the textile industries cooperate at the international level with organizations representing other sectors allied to their industry.

Exporters Should be Prepared for Subsidy-free Regime 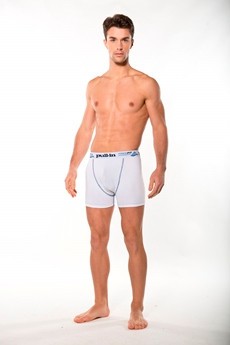 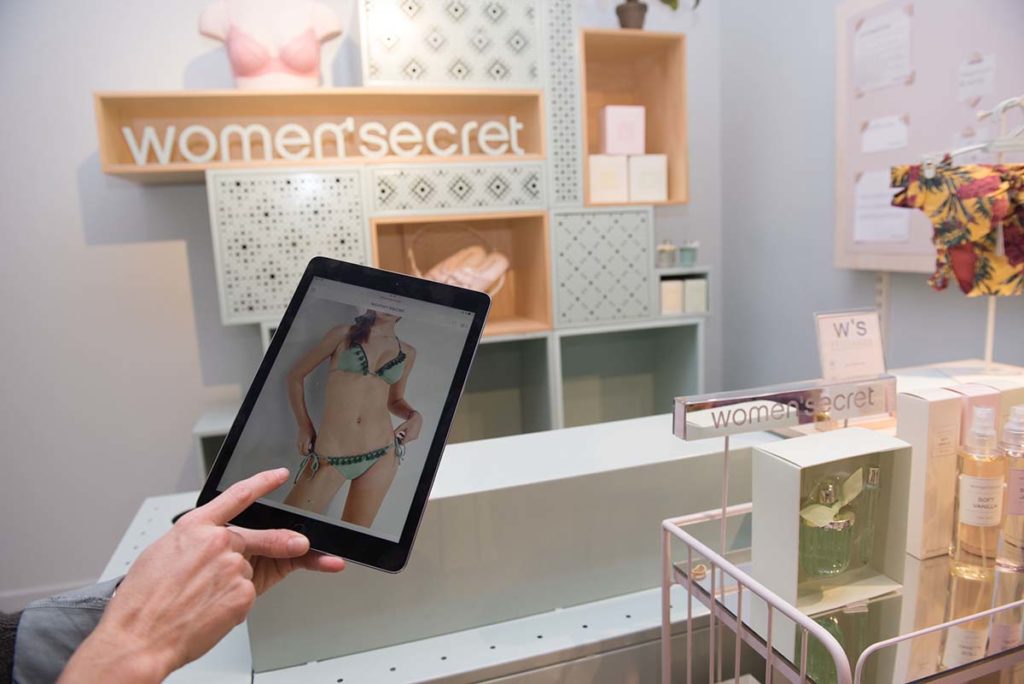