System will use air, water vapour and microwave rays

May help missions to Mars be more hygienic

The International Space Station might have cost billions, but one facility has been lacking up till now – any kind of laundry. Brave – and strong-stomached – astronauts usually wear underwear for three or four days before putting them in a capsule that is ejected and burns up in the atmosphere. Other clothes are worn ‘for months’. 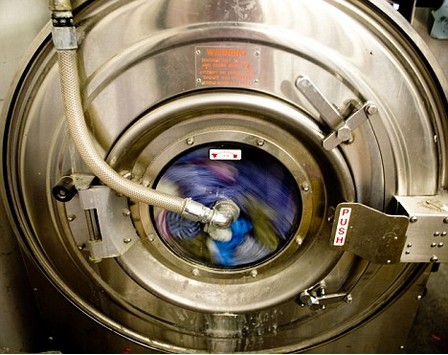 The clothes can be washed and dried in a microgravity environment by the Space Laundry - energized with 2.45 GHz microwave power via a magnetron which is attached to the top of the cylindrical washing/drying multi-mode cavity.

NASA has asked Oregon-based UMPQUA to build a low-power, low-water washer-dryer that can make life 250 miles up a bit more pleasant. It would initially be deployed on the International Space Station, but also serve as a template for future missions such as to The Moon and Mars. NASA commissioned the research because of the high cost of sending anything into space, which works out as between £3,100 and £6,200 per 500g. This has meant that astronauts were only allowed a limited number of underpants per trip to keep costs down. 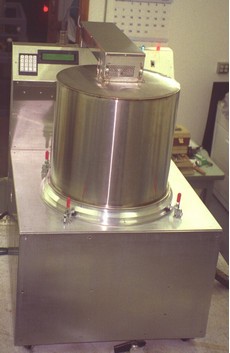 Preliminary designs by UMPQUA suggest that it plans to use air, jets of water vapour and microwave rays to clean the clothes. The Advanced Microgravity Compatible, Integrated Laundry (AMCIL) would also use a vacuum for drying the clothes off. The proposal for the device – which states it has already been successfully tested in zero gravity environment – claims that it would achieve ‘greatly enhanced softness’ over previous such machines. The proposal adds: ‘Tumbling was achieved by an array of three air jets, two to generate a cyclonic effect and a third to induce tumbling by blowing perpendicular to the plane of rotation.’

NASA said it wanted to develop a machine that would work for ‘long duration human missions beyond low Earth orbit’. It said: ‘The system is suitable for use in any long term space mission where resupply logistics preclude routine delivery of fresh crew clothing and removal of disposable clothing articles. ‘While the proposed laundry system is microgravity compatible, the system will be completely functional in reduced gravity environments.’