The textile industry is believed to be one of the biggest consumers of water. On average an estimated 100 kg of water is needed to process 1 kg of textile material. Water is used as a solvent in many pretreatment and finishing processes, such as washing, scouring, bleaching and dyeing. Although there have been efforts to reduce the water input such as altering conventional equipment, recycling water and reusing wastewater—water usage is still high in the textile industry. Non-aqueous systems of dyeing can reduce or completely eliminate the amount of water used. Reducing water use provides environmental benefits as well as cost savings. Among the most promising of the non-aqueous systems is the use of supercritical carbon dioxide (CO2).For the last three decades, supercritical fluids, which are characterized by exceptional physical-chemical properties, have been used in extraction processes. These fluids have been used to extract natural substances for the production of drugs, cosmetics and spices. In 1994, a German patent was granted for a process in which a substratum was dyed using a supercritical fluid. Due to environmental regulations, research of supercritical fluids as a reaction medium and as a solvent medium for textiles has recently resurged.

Supercritical fluids are highly compressed gases which possess valuable properties of both a liquid and gas. Any gas above its critical temperature retains the free mobility of the gaseous state but with increasing pressure its density will increase towards that of a liquid. The properties which are intermediate between gases and liquids are controlled by pressure.

Supercritical fluids do not condense or evaporate to form a liquid or a gas. The fluids are completely miscible with permanent gases, which leads to higher concentrations of dissolved gases than can be achieved in conventional solvents. Supercritical fluids offer advantages in textile processing as they combine the valuable properties of both a gas and liquid. These fluids have solvating power or the ability to act as a solvent as well as a solute, making them desirable in the dyeing process in which disperse dyes are utilized.

Carbon dioxide is the most investigated and used gas in the supercritical fluid dyeing process. It is a naturally occurring, chemically inert, physiologically compatible, relatively inexpensive and readily available for industrial consumption.

Other attributes of carbon dioxide are : 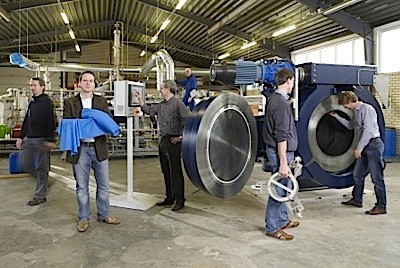 NIKE, Inc., based near Beaverton, Oregon (USA) has entered into a strategic partnership with DyeCoo Textile Systems B.V., that manufactures machines for waterless textile dyeing. By using recycled carbon dioxide, DyeCoo’s technology eliminates the use of water in the textile dyeing process. NIKE, Inc. considers this as a significant step towards it’s long-term commitment to ensure sustainable business and cleaner envoironment.

There are three components in the supercritical CO2 dyeing process —the gas, dyestuff and fiber polymer. During the dyeing of polymer fibers, CO2 loaded with dyestuff penetrates deep into the pore and capillary structure of fibers. This deep penetration provides effective coloration of these materials which are intrinsically hydrophobic. The process of dyeing and the act of removing the excess dye can be carried out in the same plant. A further advantage of this dyeing technique is that the dye can be easily separated from CO2 and each can therefore be recycled.

The apparatus used for dyeing with supercritical CO2 consists of a temperature controller, a stainless steel dyeing vessel, a heater that surrounds the vessel, a manometer (an instrument for measuring the pressure of a fluid), a carbon dioxide pump and a cooler for cooling the head of the carbon dioxide pump.

In the non-aqueous dyeing processes there are no maintenance and running cost for wastewater treatment and drying because water and drying are not necessary. Not only is water and energy conserved but operating costs are generally less expensive than for conventional methods which are mainly based on the use of water and solvent dyes. The table below compares conventional dyeing to dyeing with supercritical CO2.

No need for dispersing, leveling agents

Other advantages of the supercritical CO2 dyeing process are :

The technology has become a commercially viable system for dyeing polyester, elastane and nylon. However, there are still certain hurdles which need to be overcome before the system can be used on a large scale. Currently, supercritical dyeing requires higher pressures than are currently available in conventional jet dyeing machines. To obtain the required temperature and pressures, autoclaves with large holding capacities must be used in the dyeing process. This type of equipment is considered state of the art and not readily available on an industrialscale. The high cost of the system compared with conventional dyeing represents an obstacle. One way of offsetting the capital cost could be for supercritical CO2 to be extended to include pre-treatments such as sizing and desizing. At present, supercritical dyeing with CO2 is confined to synthetic fibers. For natural fibers the diffusion of supercritical CO2 is hampered by its inability to break the hydrogen bonds present in many natural fibers, including cotton, wool and silk. A further problem is that reactive dyes, direct dyes and acid dyes which are suitable for the dyeing of natural fibers are insoluble in supercritical CO2. A research project on supercritical dyeing with CO2 concluded that in order for the process to work with natural fibers, the fibers would have to be modified or a new fixation mechanism would need to be developed.

The major attraction of supercritical CO2 is that it is a means of saving substantial amounts of water and energy in the dyeing of textiles. This benefit is particularly important given that water supplies are becoming increasingly scarce, especially in the textile producing regions of China, India and other parts of Asia. However, there are still challenges regarding equipment cost, equipment maintenance and the dyeing of natural fibers.

Amid a skyrocketing international cotton market, a ray of hope in Bandarban 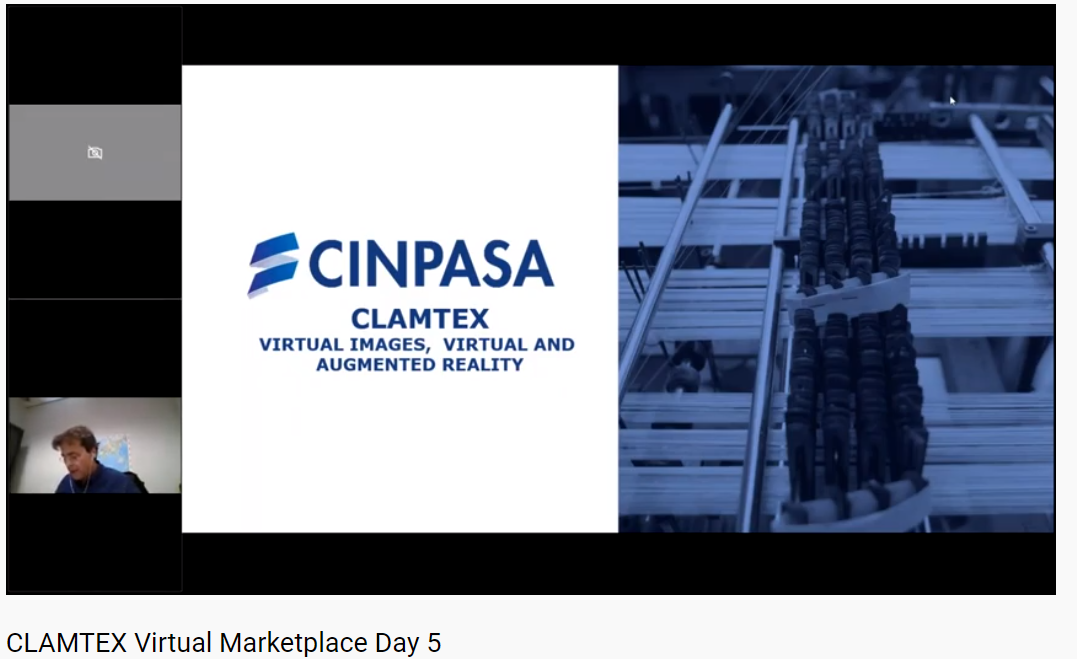