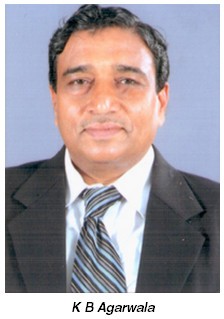 K B Agarwala, President of the Federation of Hosiery Manufacturers Association of India (FOHMA) has pointed out that the removal of 46 items of readymade garments from the list of protected goods maintained under SAFTA has started affecting Indian hosiery businesses very seriously and is expected to cause large-scale unemployment all over the country. Investments which had been aimed at developing our country’s Hosiery sector, is now on the verge of getting distorted as the move to import Bangladeshi garments without any proper analysis is going to derail the entire process of business.

He further observed that Bangladesh also has duty free access to fabric, raw materials, etc. from China, Taiwan and other Asian countries for garments exported by them. Therefore, under this agreement, cheap fabrics from all these countries will be able to enter our country through Bangladesh and flood our markets thereby making it extremely difficult for us to compete with our Bangladeshi counterparts.

Bangladesh’s apparel manufacturing industry is far more competitive than its Indian counterpart. The Indian apparel industry’s share of growth has been far below that of Bangladesh, which can be gauged from the fact that during 2005-2011, India’s apparel exports increased by about 5% CAGR from $8.63 bn in 2005-06 to $12.5 bn in 2010-11 against 18% growth recorded by garment exports from Bangladesh during the same period. Agarwala added that the Indian hosiery industry is mostly in the small scale sector, which provides employment to over 18 million workers (40% of which are women). The fate of these workers and a large number of SME units engaged in production of hosiery items in India will get affected very badly. There will be adverse impact on the garment clusters in West Bengal, Tirupur, and Ludhiana leading to lot unemployment. Indian Hosiery industry does not have a level playing field with their Bangladeshi counterparts since Bangladesh’s labour cost is about 1/3rd of the wages paid to a garment worker in India.The lower size and scale of Indian garment factory is chiefly due to inflexible labour policies which stress upon security than availability of employment.

Lastly, Indian knitting and processing rates are 40% higher than Bangladesh. Agarwala believes that the allowance for duty free import of readymade garments/hosiery products from Bangladesh will completely destroy the Indian hosiery industry, which is already reeling under the problems arising out of imposition of 10.3 mandatory excise duty, fluctuating cotton and yarn prices, reduced production due to limited demand for products.

Therefore the Indian Government should view this seriously and take steps to save the Indian hosiery industry, he appealed.