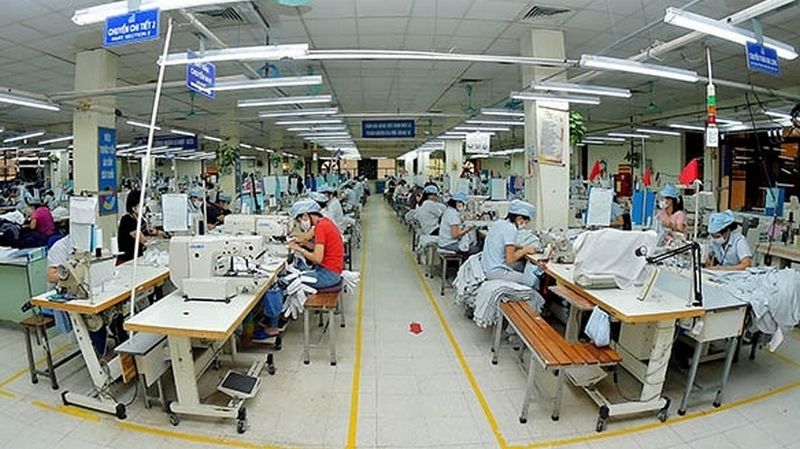 Since the beginning of the fourth outbreak of COVID-19, many garment and textile enterprises have faced difficulties, even the risk of bankruptcy, due to the temporary suspension of production to ensure pandemic prevention and control.

This caused an increase of inventories, halted production activities, and a lack of labour supply as many workers returned to their hometowns.

With orders since the first months of the year, the need for production and business activity from now until the end of the year is very high. However, if localities do not soon ease the blockade and restrictions in terms of travelling as well as implementing measures to boost economic development, it will be difficult for the textile and garment industry to achieve its export target of US$39 billion this year.

According to a survey conducted by the Research Centre for Employment Relations, 65.3% of Vietnamese enterprises in localities applying Directive No.16 stopped operating in September. Textiles has been one of industries most heavily affected as over 60% of migrant workers wanted to return or did return to their hometowns. The majority of workers determined they would only return to their hometowns for a short time to recover their health and take care of their lives and children.

Since the beginning of the fourth outbreak, the garment and textile enterprises have been greatly affected. Deputy General Director of the Garment 10 Corporation – Joint Stock Company (Garco10), Bach Thang Long, said that around 20% of workers could not come to work due to living in blockaded areas. The company’s shops were “paralysed” due to closure and many uniform contracts could not be fulfilled due to the inability to move. Despite the large quantity of goods, the company has been facing the risk of slow delivery and high costs from delivery by plane.

However, thanks to many flexible adaptation measures, Garco10’s total revenue in the past nine months remained equal to that of the same period last year. The company also strived to increase its year-end profit through efforts to cut costs while promoting epidemic prevention and control measures.

Sharing the same opinion, Chairman of the Board of Directors of the Hung Yen Garment Corporation (Hugaco), Nguyen Xuan Duong, noted that Hung Yen has been one of the provinces preventing and controlling the epidemic most effectively, so the company’s branches did not have to stop production, even raising productivity by 20% thanks to investment in modern technology and equipment. As a result, the corporation’s total revenue increased by about 10% in the first nine months of the year. 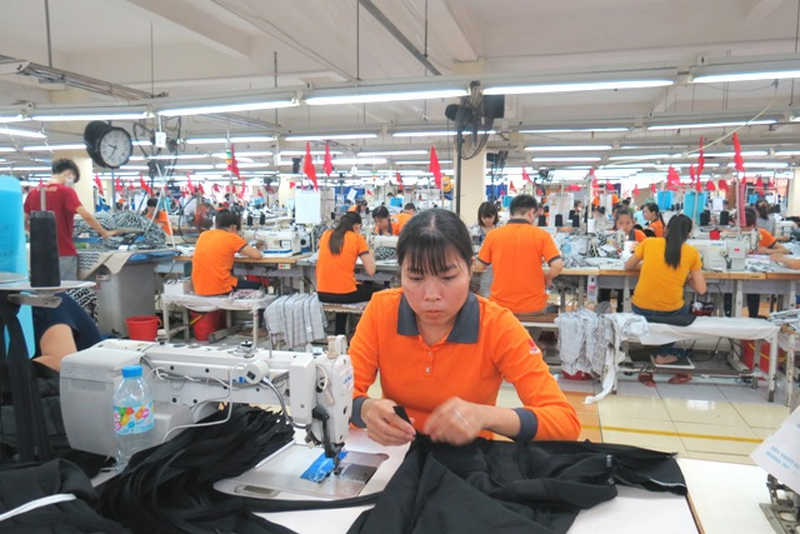 However, Hugaco’s profit during the first ninth months saw a year-on-year decline of 5% due to the impacts of the pandemic and high expenses. The company signed orders from now until the end of January 2022 and is continuing to negotiate orders for the next few months. However, several customers are waiting to see if Vietnam’s anti-epidemic measures are effective, only then will they sign orders with the company and vice versa.

Meanwhile, General Director of the Vietnam National Textile and Garment Group (Vinatex), Cao Huu Hieu, said most of the units under the group have orders until the end of the fourth quarter of 2021, even the first quarter of 2022. However, enterprises in the southern provinces and cities have only worked moderately or have closed many factories due to the complicated development of the pandemic. Many others have had to apply the “3-on-site” models to complete orders, causing increased costs and losses.

The increase in input material prices in the coming time will be a big challenge for businesses, especially those that have signed contracts at low prices with customers since last year. In addition, about 20-30% of workers left the city to return home, causing difficulties in human resources for businesses in the south.

Vinatex’s General Director, Cao Huu Hieu, shared that the group has taken many measures to limit the negative impacts of the epidemic and the rising price of input materials. Regarding the disruption of the supply chain that has caused the slow delivery of raw materials or the sharp increase in the prices of raw materials and logistics fees over recent time, production units must work closely with customers and encourage them to share difficulties in the implementation of orders to seek the most optimal solutions. Moreover, they should proactively discuss with suppliers to avoid excessive increases in prices, and improve market forecasting to make plans for importing raw materials for reserves. Enterprises need to develop response scenarios for 2022 when the market recovers and production activities are normalised.

On the other hand, businesses should utilise the advantages of new-generation free trade agreements (FTAs) to boost exports. To achieve this, they must promote a complete supply chain to satisfy the rules of origin in the Comprehensive and Progressive Agreement for Trans-Pacific Partnership (CPTPP) and the Europe – Vietnam Union Free Trade Agreement (EVFTA). The focused target in the next period will be forming “a package supply point” with the development of a comprehensive chain including yarn, textile, finishing, accessories, garment and supporting (such as logistics, training, research and development). Enterprises should improve their positions in the value chain, develop the design of their products and supply a package of products (from designing and launching their own brands).

According to Director of the Centre for the WTO and Integration under the Vietnam Chamber of Commerce and Industry (VCCI), Dr. Nguyen Thi Thu Trang, during the complicated development of the epidemic, many businesses faced broken production chains, causing order shifting. This has led to concerns about the export future of these products.

However, for large textile and garment brands, order shifting to areas with effective measures of epidemic prevention towards meeting the needs of the year-end shopping season in European and American markets is to be expected. Therefore, if businesses quickly restore production and smoothly complete the remaining orders in the coming months, there is no need to worry too much about the future. Compared to many competitors, Vietnam’s textile and garment industry still has certain advantages in terms of products’ quality, techniques, the ability to meet strict requirements on labour, the environment, and notably tariff preferences under various FTAs.

It is crucial to have supporting policies such as financial support, exemptions or reductions of taxes and fees, and timely credit preferential packages to help businesses quickly restore full production. In addition, the State needs to set out policies to support enterprises making effective use of existing labour resources, and loosen or remove restrictions on the maximum number of overtime hours so that they can attract workers to return to work. A unified green channel mechanism for the transportation of raw materials, goods, machinery and equipment for production and export should be established nationwide.

Surplus or Dead Stock Being Given New Life

EU must not let Bangladesh’s workers down