‘Make in India’ in Textiles : for Armed Forces 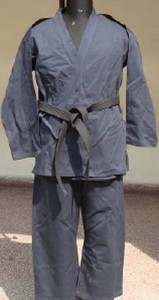 The conclave was organized by the National Textiles Corporation in the PHD Chamber of Commerce and Industry, with active participation of senior officers of Ministry of Textiles, Ministry of Defence and the Indian Army. Representatives of NITRA, ATIRA and key stakeholders of Technical textile industry too participated.

The conclave deliberated on the subject of providing our soldiers a fully indigenous clothing solution, on the concept of “Make in India”.

Shri S. K. Panda stressed on the need for quality improvement, adherence to time lines and import substitution in this area of Technical Textiles, so that our armed and paramilitary forces could get the best solution at the best price.

Lt. Gen. Ravi Thodge, MGO mentioned that there is a budget of almost Rs.2000 crore for purchase of textile related products every year. He said that Technical Textiles hold promise for improving performance and safety in the Army. He suggested that a single window solution may be evolved where PSUs like NTC can work together for mutual benefits.

According to the Status Report on Protective Textiles for Indian Armed and Paramilitary Forces, prepared by NITRA – one of the Ceners of Excellence (CoEs) in technical textles – NITRA has critically examined the specifications of protective textiles used by Indian armed forces with an objective to identify whether these specifications match with the state-of-art technology and address if gaps exist. “CoE hopes that this exercise will help in providing maximum protection to Indian armed forces and at the same time it assists the manufacturers to produce the right product,” says the report.

Out of the 1.5 million defense services personnel in army, navy and air force, about 25-30% are involved in high risk, counter insurgency & special operations. The demand for paramilitary forces is higher than the defense services. being the major users of protective textiles.

NITRA has outlined the main properties required for the protective textiles for the Indian Armed and Paramilitary Forces. These are described below :

The current armed and paramilitary specifications do not speak about wear, comfort and safety which depend upon the varying battle field conditions. For example, high mobility and smart look to the soldier are not a part of the specifications. NITRA has therefore suggested to revise the specifications for durability, operational efficiency, and wear properties in general (mechanical properties such as tensile, tear and bursting strengths indicate the fabric wear property).

However for combat uniform in addition to these general wear properties, it is essential to measure wear resistance in terms of abrasion. Abrasion resistance should also be included as one of the requirements.

To enhance comfort properties of the uniforms worn by Indian soliders, the following two requirements may be added to the existing specifications.

The presence of synthetic material such as polyester if exposed to heat or flame melts and sticks to skin causing severe burns. Combat uniforms having heat or flame resistance properties are essential in the present day context. The use of either FR fibers or FR coating should also be included in the present specifications to meet surface ignition test when tested as per ISO 15025 (no hole formation, no
melting and no dripping).

Although wrinkle recovery property of the combat clothing is not directly linked to the performance of the fabric during the battle but good wrinkle recovery cloth imparts smarter look to the solider. Therefore it is recommended that the WR rating (after 24 hours) of the combat shall be minimum 4 when tested according to AATCC 128-2004.

In the developed countries, camouflage print Colors often include khaki, green, brown and black, with additional colors such as olive, yellow, orange, pink, grey, beige and sand to extend use to other urban, rural and desert backgrounds. In India, almost same camouflage print (mostly developed using khaki, green, brown and black) is used for all types of surroundings. If the solider is engaged in the urban area, he/she should have such type of camouflage print uniform that matches with the urban surroundings. In such case the use of dark green and black need to be minimized.