Going out on his own 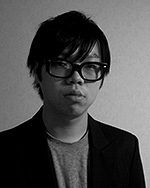 Shinsuke Morishita, the designer behind LAMARCK

“Go it yourself.” That’s the advice Shinsuke Morishita received from his professors as well as fashion houses he interviewed with as a student. Taking their advice, Morishita established his brand, LAMARCK, in 2011-the same year he graduated from Bunka Fashion Graduate University at the top of his class. Morishita got the courage to create his own brand based on his professors’ confidence in his abilities as well as the opportunity to be involved with Bunka Fashion Incubation, a program started the same year to support and encourage fledgling, Japanese fashion design talent to reach their potential. Morishita has indeed flourished with LAMARCK gaining recognition both at home and abroad. Morishita plans to continue his march into the Western fashion world with LAMARCK’s careful tailoring, inventive use of fabric and classic yet fashion-forward styles. 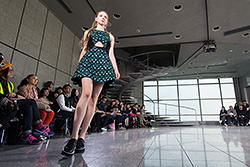 Morishita’s concept for LAMARCK, “progressive evolution,” is a nod to French biologist Jean-Baptiste Lamarck. But in Morishita’s eyes, it’s fashion that evolves endlessly-as we age and mature, as we have new experiences, as we grow as people.

For LAMARCK, what remains constant, however, is Morishita’s commitment to using original textiles and ornamentation. He uses wool produced in Niigata Prefecture, an area renowned for its fiber, and has dabbled in linen as well as washi knits. Embroidery also figures prominently in his work with his 2014 autumn/winter collection including exquisitely embroidered dresses. This same collection saw Morishita make use of a wool-and-film blend, a soft, somewhat shiny fabric that added instant interest to both solid black outfits and brightly colored dresses. 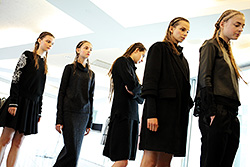 Morishita has been making his mark in the fashion world since his pre-LAMARCK days. While still a student, Morishita took part in several programs abroad including an exhibition in Paris and a fashion show in Vienna. Paris led to a contest in Russia, where he placed second in the prêt-à-porter category. More recently, Morishita, with LAMARCK, has participated in the Paris sur Mode tradeshow and in Mercedes-Benz Fashion Week Tokyo. He was also chosen as one of five up-and-coming fashion designers to join the Kakehashi Project in April 2014, a youth exchange program promoted by the Ministry of Foreign Affairs of Japan, for which he gave a presentation at Parsons School of Fashion. Truly, Japan-and the world-are taking notice.

Success around the world 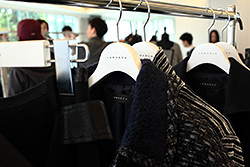 LAMARCK, getting ready to take on the world

LAMARCK designs are currently available at Isetan, a major Japanese department store, as well as at smaller shops and boutiques in several Japanese cities, and in Los Angeles, New York and London. As knits figure heavily in his collections, Morishita is particularly interested in reaching women in countries with cooler climates. Though he’s focusing on his women’s line, in the future, he’d also like to branch out into men’s fashion. With his carefully tailored designs and meticulous attention to detail, there’s no doubt that no matter how Morishita and LAMARCK evolve, it will be in a decidedly progressive fashion.

Smart Fabrics Must be Based on Need

EURATEX unveils ReHubs, a joint initiative to upcycle textile waste and circular materials all over Europe 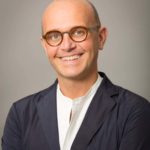 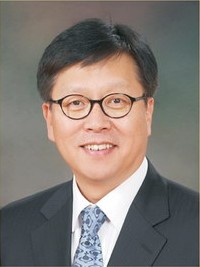