The end of ‘wash-day blues’ has come a step closer – as researchers have developed a cotton that ‘cleans itself’ in ordinary sunlight. Simply exposing the cotton to ordinary sunlight ‘cleans it’ – and the effect keeps on working after a normal wash. What if washing your favorite T-shirt or jeans didn’t require any washing whatsoever? It cleans itself — all it needs is a little sunlight. According to researchers Mingce Long and Deyong Wu, who developed the material, exposing their fabric to sunlight causes it to not only clean itself of stains, it also causes it to kill off odor-causing bacteria. 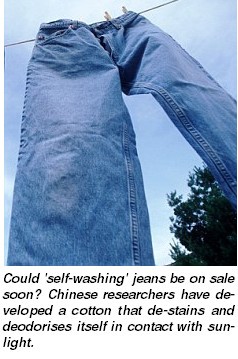 A coating of titanium dioxide and nitrogen dissolves stains and deodorises the fabric whenever sunshine hits it. The secret is a naturally occurring form of titanium called titanium dioxide (TiO2). TiO2 is often used as a dye on account of its bright white pigmentation (you’ll find it in everything from paint to milk), but it’s also used in industry for its photocatalytic properties. A photocatalyst is something that accelerates a chemical reaction in the presence of light. And it just so happens that when TiO2 is exposed to light, it breaks down dirt and wipes out odor-causing microbes.

Simply put, Long and Wu’s fabric is more versatile. For decades, TiO2 was only known to exhibit photocatalytic properties in the presence of ultraviolet light. But recently, it was shown that spiking TiO2 with nitrogen ions gives it photocatalytic capabilities in UV light and visible light. By coating their fabric with nano particles made from this new N-TiO2, the researchers have created a fabric that self-cleans in the presence of a very broad spectrum of light. What’s more, they found that further dispersing additional AgI (silver iodide) nanoparticles in the fabric accelerated the N-TiO2’s stain-fighting properties. 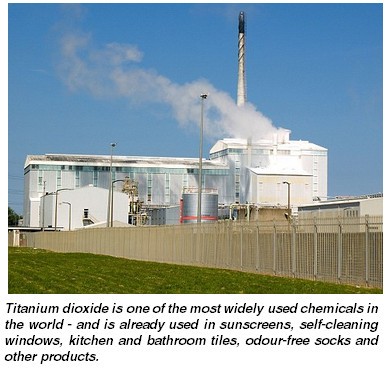 Titanium dioxide is commonly used in industry for ‘self-cleaning’ paints, windows and tiles. It’s also used widely in sunscreen – and the effect where titanium dioxide kicks off chemical reactions has been known since the late Sixties. But so far, researchers have failed to come up with a fabric that can use the sun’s relatively weak rays to start a ‘cleaning’ reaction.

The researchers, whose findings were published in the November issue of journal ACS Applied Materials and Interfaces said: ‘Imagine jeans, sweats or socks that clean and deodorise themselves when hung on a clothesline in the sun or draped on a balcony railing. ‘We are developing a new cotton fabric that does clean itself of stains and bacteria when exposed to ordinary sunlight. Our fabric uses a coating made from a compound of titanium dioxide, the white material used in everything from white paint to foods to sunscreen lotions. ‘Titanium dioxide breaks down dirt and kills microbes when exposed to some types of light. Titanium dioxide is already used in a wide range of everyday items including self-cleaning products designed for windows and tiles.’

They added: ‘Self-cleaning cotton fabrics have been made in the past, but they self-clean thoroughly only when exposed to ultraviolet rays. ‘So we set out to develop a new cotton fabric that cleans itself when exposed to ordinary sunlight. ‘We used cotton fabric coated with nanoparticles made from a compound of titanium dioxide and nitrogen. ‘Further dispersing nanoparticles composed of silver and iodine accelerates the discoloration process. The coating remains intact after washing and drying.’

The team, from Donghua University in China set out to come up with a new version of self-cleaning cotton that could work well in ordinary sunlight. By covering the fabric with nanoparticules made from titanium dioxide and nitrogen, they were able to remove an orange dye stain when exposed to sunlight. Adding nanoparticles made from silver and iodine was found to further speed up the cleaning process, with the coating remaining intact even after it has been washed and dried using conventional methods.

And best of all? If you get a really serious stain on the fabric, you’re always free to wash your duds the old fashioned way; the nanoparticle coating remains intact. Mingce Long and Deyong Wu have yet to offer a type of cotton that can clean itself during a miserable and wet British summer. Now if only we had nanoparticles that could do the dishes.
——————————————————————————————————————– 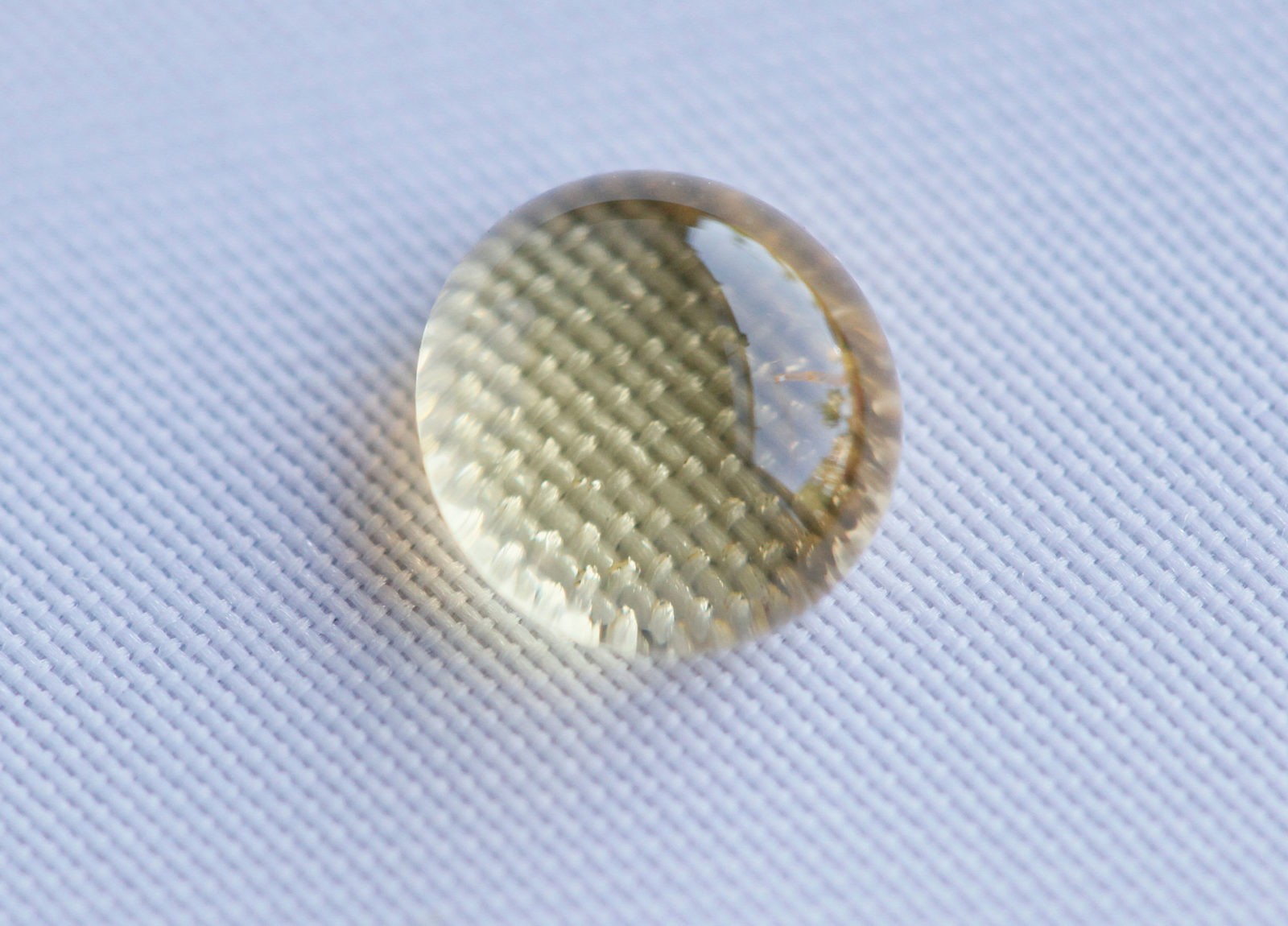 TechnoTox – A Project for the Risk Assessment of Nano Materials

No “wait and see” approach, please! Sustainable development of the cashmere sector in Mongolia