The US threatens to impose a 25% tariff on imports of European products, including footwear 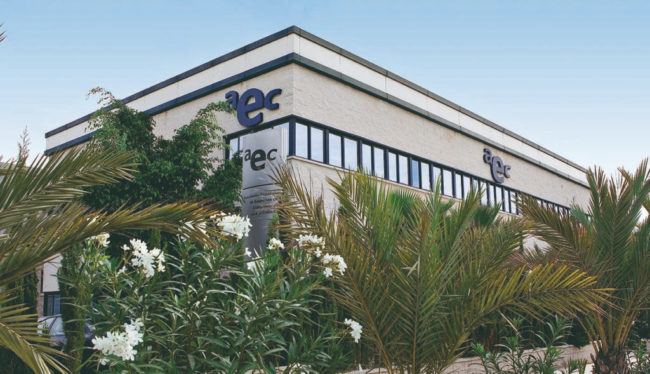 The temporary suspension of additional duties on imports of certain products from the United States since 03/11/2021 has led to a reaction by the US to threaten the European Union and Spain among other countries worldwide. The Spanish Association of Footwear Component Companies (AEC) has sent us a statement about it.

“If the pandemic was already wreaking havoc on the sector, we only needed the coup de grace; and we have run into the United States. Thank goodness that our political representatives at national and European level are knowing how to manage the conflict, that neither short nor lazy is leading them to a quagmire in which, in the end, the largest will impose its conditions . But since it seems that we have not yet realized who we are playing the rooms with, our politicians have gotten muddy, and as always, we will be the ones who are harmed.

We are all aware of the trade wars that have been taking place during the Trump period, first against China for technologies and 5G, and then with the European Union for aid to Boing and the Google and Tobin tax to the United States.

The WTO gave the green light to Brussels to impose tariffs on imports amounting to 4,000 million dollars annually from the United States. This as part of the trade war that has faced the United States and the European Union for 16 years over air subsidies.

In October of last year, the WTO gave the Trump administration the right to impose tariffs on $ 7.5 billion in European goods, to which the European Union responded.

This suspension of additional customs duties, although temporary, could be reapplied from July 11, 2021, in the event that the US and EU negotiators do not reach an agreement to resolve their differences on the subsidies granted by the United States Government to the aircraft manufacturer Boeing, which negatively affects other sectors by the reaction that the US has adopted, punishing us for the entry into force of the new Tax on Certain Digital Services (IDSD), of which Spain has become a growing group of nations, France, Italy, United Kingdom, Austria , India, and Turkey, whose digital taxes, with almost identical arguments, have been declared discriminatory against North American companies, which are selectively targeted over digital services in which North American companies are world leaders,establishing exceptions and cases of non-subjection, which seek to avoid taxing Spanish or European companies.

Given this situation, on March 26, 2021, the United States trade representative announced a penalty proposal to impose a 25% import duty on products from Austria, India, Italy, Spain, Turkey and the United Kingdom. , with respect to the tax on digital services of each country. The proposed tariff percentages would be directly linked to the amount of Taxes on Digital Services that each country is estimated to collect from US companies.

With the imposition of additional tariffs of 25% on the importation of certain products, due to the imposition of the (IDSD) to North American companies, it has led the United States to impose tariffs on the import of all types of products, especially affecting footwear from Spain. , Italy and the United Kingdom . Specifically, and in the case of Spain, the affected products are: Leather Goods, Footwear, Hats and the Glassware sector; which in the case of footwear would entail reaching a tariff of 35%, and 37.5% unaffordable by US buyers, resulting from the 10% and 12.5% ​​that they already assumed and to which 25% is now passed on to them additional.

This suspension of additional customs duties, although temporary, could be reapplied from July 11, 2021, in the event that the US and EU negotiators do not reach an agreement.

According to statements by the president of AEC , Manuel Román IbáñezIn the case of footwear, this serious situation, which adds to the deterioration of the industry due to the drop in consumption, means that the orders that were committed to date are temporarily canceled, or definitively in the event that the tariffs are impose, ceasing to make commercial operations viable and deteriorating the business relations of our industrial fabric with North American companies. Which is a catastrophe for all of us as entrepreneurs in a model sector, in which we continue to suffer neglect on the part of our leaders, after all the effort we have made over so many years to lead the image of our country brand and of which we are all so proud.

By country, the United States remains by far the world’s largest shoe importer, buying one in five pairs of shoes globally.

In 2020, Spain exported 3,557,025 pairs of footwear worth € 151,563,100 to the United States, of which 90% came from Alicante , which represents 8% of the imports received by the American country and between Suppliers highlight the axis Elche, Elda and Petrer, which has gained international prestige with a prominent niche in the luxury footwear sector.

This situation, which is getting worse and worse, may lead to a domino effect in the footwear sector at the national level, generating a loss of opportunity in the commercial operations initially agreed between North American customers and Spanish manufacturers, and affecting, not only the manufacturer of footwear, but to the entire auxiliary industry of footwear components , as well as to the entire business and professional fabric that provide indirect services around the footwear sector.

By country, the United States remains by far the world’s largest shoe importer, buying one in five pairs of shoes globally

The concern on the part of Spanish manufacturers is maximum, given that if the US finally imposes such import tariffs, the orders would be firmly canceled and the summer and winter seasons would be lost … If the North American firms that , in some cases they have already notified the temporary stoppage of orders, if they were finally canceled, Spanish companies would almost be forced to close . Therefore, some companies are already considering initiating restructuring plans in light of the consequences that the punishment imposed by the US on the European Union may generate, which affects Spain in the case of our sector.

Such is the damage that can be caused to us, if the European Union and Spain do not reach an immediate agreement with the United States, and said tariff finally comes into force, that contracts, commercial operations, orders, investments and, consequently, jobs will be lost. of work, not to mention the penalties for the subsidiary responsibilities of the contractual conditions already agreed that can be millionaires, further deteriorating the situation of the Spanish companies in our sector that the pandemic has already left out of the game, declares Román.

Specifically, this issue was addressed on March 30 during the meeting that the representatives of FICE, AEC and AVECAL held with Inmaculada Rodríguez-Piñero MEP , in which we expressed our concern in this regard.

Rodríguez-Piñero, who is a member of the International Trade Commission of the European Parliament, expressed his commitment to mediate before the Commission so that the elimination of tariff barriers with third countries , especially with the United States and India, and to negotiate treaties that may contemplate advantages for footwear and its components with other countries such as Japan or Australia.

With Motif’s 3d Tech Community & Start Your Own Digital Transformation!

Cellulose Fibre Innovation of the Year 2023