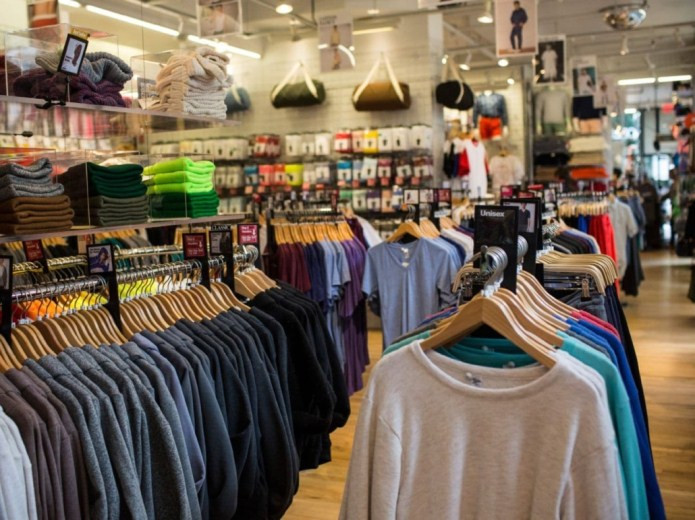 A member of the Board of Directors of the Iran Textile and Apparel Production and Export Union, stating that the value of clothing exports from Iran is 130 to 140 million dollars annually, said: The government says that the way to save the country is export, but it does not provide the facilities and Iranian manufacturers face many problems, including export tariffs. And they face the cost of transferring money.

Majid Eftekhari, a member of the Board of Directors of the Union of Clothing Manufacturers and Sellers, said: “The government tells us why you don’t export clothes to Russia?” While it should be noted that there are markets in the field of export whose diplomatic relations with Iran are suitable, but the export conditions in our country are complicated.

He stated that the competing manufacturers in Turkey and China have the ability to export with much better conditions, and clarified: Turkish and Chinese manufacturers export clothes to Russia with zero tariffs, they have eight to 20% incentives, they can open an LC, and there are no problems and costs. Iranian producers do not have the banking system to transfer money.

According to the board member of the garment union, Iranian producers have to export clothes with a 10-20% tariff, they don’t have export incentives and LC, they have to pay more than 10% to transfer money, and they are facing several different exchange rates.

Stating that exports have no justification and logic for Iranian producers, Eftekhari clarified: the government says that the way to save the country is export, but it does not provide the facilities.

According to him, the value of clothing exports from Iran is 130 to 140 million dollars annually. Of course, last year, due to the rise of the Taliban, part of the exports to Afghanistan also decreased.

A member of the Board of Directors of the Clothing Union, added: The presence of businessmen from other countries in Iran and buying goods themselves is not considered export. Export should raise the level of production, import technical know-how and transfer foreign exchange resources to the country.

Why do we include zip?

He further stated about the import of zipper to the country, referring to the variety of zipper usage: Zipper is not only used for clothing, but is also used in other goods such as bags, shoes, blankets, home appliances, sleep goods, etc.

Ifkhari stated that the zipper in the clothing industry should have a wide variety of models and colors, he clarified: the quality of the zipper is also very important in this industry; Because, for example, if a jacket has a poor quality zipper, the value of the whole product is questioned.

According to this member of the board of directors of the garment union, due to the fact that there is no state-of-the-art technology for zipper production in the country and the variety and amount of zipper production is low compared to its consumption, this product is imported. In some cases, it is not economical for the zipper manufacturer to produce different models in low volume; Therefore, import is a natural issue.

He stated that the manufacturers have complaints about the quality of locally available zippers, and clarified: some of these zippers are not in accordance with modern technology or were produced for a market other than clothing; Therefore, there is no country-made equivalent of imported zippers in terms of quality and variety.

Iftikhari also stated that the reason for the activity of domestic zip producers with low capacity is the decrease in people’s purchasing power and said: All industries are facing this problem and are working with low capacity.

Majid Eftekhari has alleged that the country’s 85 million worth second-hand clothing market has been handed over to Turkey, China and Bangladesh, and said that we are becoming a colony of Turkey in the apparel industry. So that the vast online sales networks of Turkish clothes deliver Turkish clothes at home within three days.

He stated that since the middle of 2018, dealing with clothing smuggling at the supply level had stopped, and said: During this period, dealing with smuggled goods had been insignificant. For example, in a situation where a famous online store of smuggled clothes was recorded, the site of this store was not even closed for an hour.

Eftekhari believes that the approach of the Headquarters to deal with the smuggling of goods and currency has changed and instead of following up likein 2017, it has moved towards passivity. Even recently, he announced that he does not have the task of dealing with smuggling, but is only a coordinator, and related devices should be put together. Meanwhile, synchronizing this number of devices with each other is a time-consuming and complex task.

Smugglers have a safe margin for many months of the year!

Eftekhari stated that in recent months on the occasions and holidays in the country, smugglers are on the safe side for a long time of the year; For example, they are not touched during the month of Muharram, the night of Nowruz and other holidays.

Iran becoming a Turkish colony in the garment industry

Eftekhari stated that with the increase in wages, energy carriers and the relative stability of the exchange rate, smuggling has become profitable, and clarified: Last year, we witnessed the attack of clothing smuggling from Bangladesh and China, and now it is becoming a Turkish colony in the clothing industry. Every day, tens of tons of clothes are smuggled into the country through the passenger route.

Extensive online sales networks of Turkish clothing are also operating in the country; Turkish clothes are delivered at home within three days, and all banking activities are done using the authorized system inside the country. In addition to these, there is also the quota of free zones and Te Lanji.

The country’s 85 million market was handed over to Turkey, China and Bangladesh

Stating that the country’s 85 million second-hand market has been offered to Turkey, China and Bangladesh, Eftekhari clarified: clothing smuggling from Turkey is increasing dramatically. Meanwhile, there is no program to support domestic producers. Even the ministry of clothing has moved from the first priority to the fifth priority in the fight against smuggling.

Stating that the country is facing new ways of smuggling every day, he said: Last year, we faced an increase in the smuggling of clothes from Bangladesh and the development of online sales of clothes, and this year, smuggling from Turkey has increased in various ways.

The activity license of foreign brands expired in 2019

In the meantime, he said, it was supposed to deal with the smuggled clothing brands from the beginning of July, but practically nothing has happened. Meanwhile, all foreign brands are illegal in the country. The brands that declare that they are being produced in the country are also considered illegal and according to the inquiries received from the countries of origin, they do not have any representatives in Iran.

He added: Basically, since 2019, the license of foreign brands that used to produce in Iran has expired, and their activities are currently illegal. But these brands are still operating and no action is being taken against them.

Uncertainty in dealing with clothing smuggling

Also, according to him, last year, the anti-trafficking headquarters had ordered that the malls and commercial centers collect the signs of the smuggled brands. Even though the headquarters had a written letter in this regard, today it says that it is responsible for collecting municipal signs and dealing with the phenomenon of smuggling is practically assigned to different departments. Therefore, in this situation where the brands that are known to be smuggled are not dealt with and the mechanized cash registers have not yet been installed, the product identification scheme alone will not have an effect on reducing smuggling. Also, Note 4 of Article 18, according to which any item without identification is considered contraband and must be confiscated, is being passed between different agencies and has not been notified so far.