While inaugurating the Conclave, Dr. K.S. Rao, Hon’ble Minister of Textile said, “Modernise or perish” need to become the motto of the apparel industry. I do hope that the ATDC Skill Conclave will throw up more ideas for the industry to adopt. I am happy to inaugurate the “ATDC Skill Conclave” and release the new AICTE & NCVT approved Curricula for Garment and Fashion sectors.” 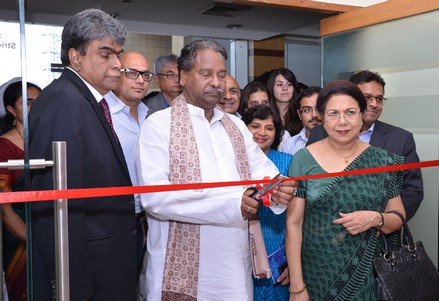 The Union Textiles Minister inaugurating ‘KRITIKA’, at the ATDC Skill Conclave at Gurgaon, Haryana on July 30, 2013. The Secretary, Ministry of Textiles, Smt. Zohra Chatterji and other dignitaries are also seen.

Both the committees under the Chairmanship of Dr. Darlie Koshy, DG&CEO of ATDC&IAM have done exceptional work in a short time to prepare the curricula documents which have been adopted by the AICTE and the NCVT/DGET which are expected to transform the quality of skill development in the country. This is an important initiative responding to the changing requirements of the labour intensive apparel sector and addressing the current imperative need to develop skill based education system.