Export Promotion Council for Handicrafts (EPCH) organised its 19th export award function on July 30, 2013 at Le Meridian in New Delhi to honour leading and upcoming Handicrafts Exporters for their Excellent performance during 2011-12.

Union Minister of Textiles Dr. Kavuru Sambasiva Rao and Smt. Sheila Dikshit, Chief Minister of NCT of Delhi presented 65 awards to Handicrafts exporters for their excellent export performance attained by them during the year 2011-12 at a glittering ceremony of 19th Export Awards organized by Export Promotion Council for handicrafts. 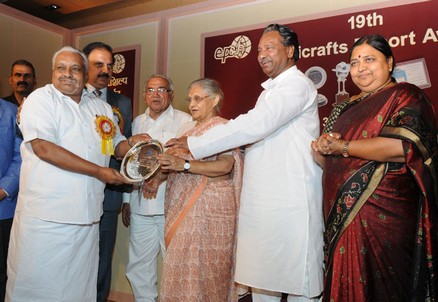 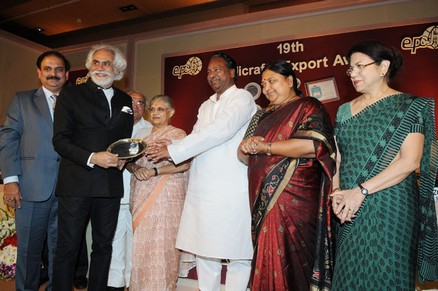 Dr. Rao categorically mentioned that India cannot afford to concentrate only to few regions so as to avoid situations like recession in main markets. The Minister emphasized for a great need to make all out efforts to diversify the direction of exports to other regions and particularly to Latin American Countries, Central Asia and East Europe including CIS regions. 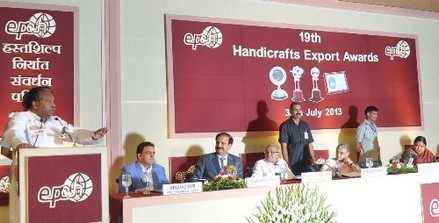 The Minister also stressed upon the need for design and product development in line with the need of the market by spending more money on new designs, research, product adaptation and product development and re-orient the strategy to suit the new markets. He assured the Handicrafts exporters the support of the Ministry of Textiles for making all these efforts to penetrate into new markets.

While addressing the strong gathering of handicrafts exporters from all over the country, Dr. Rao mentioned that “artisans and craftspersons are the backbone of the handicrafts sector and, therefore, their welfare cannot be ignored.” Ministry of Textiles has various welfare schemes concerning health, security, training and work shed housing. 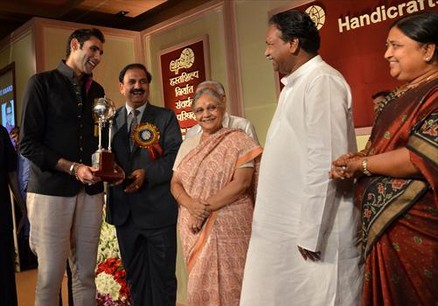 The ‘Highest Export Award’ in ‘Handmade Shawls as Art ware’ category was won by Ahujasons, a leader in Shawls.
On receiving the prestigious award Mr Karan Ahuja, Manager Exports, Ahujasons said “I feel exhilarated upon receiving this award. This is very encouraging & acknowledges our world class products in the global market. It gives me greater pleasure in sharing that this award is also for our relatively new entrants, stoles & scarves which have become a rage in the accessory segment in world fashion besides shawls, which have been overwhelmingly accepted globally.”
Ahujasons was established to revive the dying art of shawl weaving and provide talented artisans with a livelihood. Two decades since its inception in 1980, Ahujasons is today the undoubted leader in the arena of shawls. It has more than made its presence felt not only in the domestic market but worldwide as well. They can well and truly well be called the inheritors of this rich legacy and credited with reviving the 600- year-old rich tradition.

The artisans are also made aware about the latest changes and happening in the world market by way of organizing awareness and training programmes. The exporters required to fulfill various compliances introduced by the importing nations. Handicrafts exporters are required to meet such norms and regulations particularly on environment, social and legal compliances. He opined that there is need for exporting community to be fully conscious of these obligations, systems and procedures laid down by importing nations and be prepared to meet the same in proper manner beside being competent in prices, quality and presentation etc.

Dr. Rao assured the exporters that he would take up all issues concerning the problems of exporters with the concerned ministry and in particular with Ministry of Finance and other bodies to make their export operation much smoother to achieve targets. He also pointed out the stiff competition with South Asian Countries like Vietnam, Cambodia and Philippines in respect to bulk supplies to departmental stores and to large buyers.

Dr. Rao reiterated that Handicrafts exporters should upgrade their technology for mass production of handicrafts on the lines of South East Asian Countries so that India is able to keep up its exports growth. He also expressed his satisfaction that EPCH has already started development of clusters and upgrading production of technology through Common Facilities Centres.

The Minister of Textiles expressed that he will take up with concerned Ministries to link the scheme of MNREGA of the Govt. of India with the production of handicrafts so that economic benefits can add to the overall GDP of the country and also provide desired manpower to the sector as well as livelihood of the artisans.

Minister assured exporters that he will strongly take up with Ministry of Finance for better interest rate for the exporters of handicrafts through interest subvention scheme, waiver of service tax to the exporters of handicrafts to make it more competitive in the International Market. The Minister specifically quoted the prevailing highly subsidized interest rate in the other Asian countries. Further, in order to avoid ambiguity about classification of items as handicrafts, the Minister assured all possible help in getting the matter resolved by taking up the same with Central Board of Excise and Customs.

Dr. Rao also mentioned on the competition from machine made Chinese gifts and decorative to the traditional hand made uniquely crafted Indian Handicrafts and expressed confidence that with the Council’s focused approach the sector will be able to not only withstand competition from China but also make inroads into the major markets. 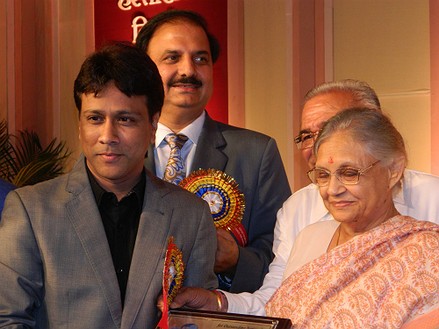 Rajesh KR Jain of Exmart International International Private Limtied, New Delhi has been awarded as Best Exporter in Miscellaneous Craft Category. Exmart International has become a name synonymous with an export house with experienced professionals dedicated to manufacturing and exporting of handicrafts since 1993. Exmart is exporting to well known Catalogue Companies, Mail order houses and wholesalers of the US, the UK and other destinations of the world. The company’s major buyers include Walmart, Pier 1 Imports, Target and Cost Plus. Exmart has also won National Merit Certificate Award for the Year 1998-1999 and 2002-03 and trophy award for 2003-04 for outstanding Export Performance.

Chief Minister of Govt. of NCT Delhi Mrs. Sheila Dikshit who presided the function felt happy that 14 exporters from Delhi got export awards. Delhi plays a very significant role in promotion of handicrafts exports as Delhi region alone has more than 2700 handicrafts exporters who not only help themselves but also provide employment to others directly or indirectly. Chief Minister applauding the role of craftspersons for making intricate handicrafts expressed that her main passion is Handicrafts. She expressed confidence that exporters of Delhi region will continue to do better and better in exports and bring laurels to the region. She said that our Government will always be there to help them. She expressed great satisfaction on the role of EPCH in development of handicrafts sector.

Mrs. Panabaaka Lakshimi, Union Minster of State for Textiles reiterated the financial support offered by Ministry of Textiles in various projects for the Handicrafts sector in creation of infrastructure for production, design development and marketing of handicrafts in aggressive manner. 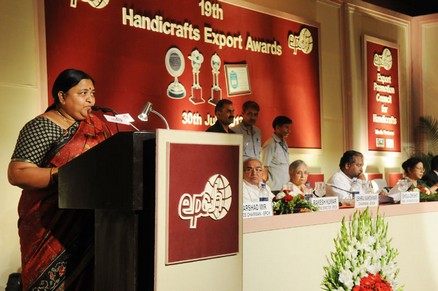 Secretary Textiles Ms. Zohra Chatterji spoke about the initiative of creating Sector Skill Council for Handicrafts and Carpets so as to cater to the skill needs of the sector across various craft clusters and, thereby, increasing productivity. She also spoke about setting up of Textile Sector Innovation Council in order to understand and analyze the innovation quotient to identify the challenges and opportunities in the Textiles Sector. 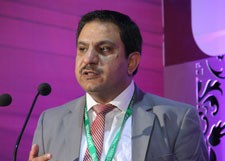 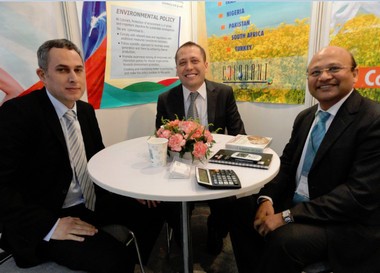