Panjava (Lambi) : A Rs 1,500 crore integrated textile park, recently cleared by the empowered committee of the state government, is going to be set up in Panjava village under Malaut tehsil. Deputy Chief Minister Sukhbir Singh Badal, last month, laid the foundation stone of the first of its kind Rs 1,500 crore private mega integrated textile park at Panjava village in Lambi constituency, putting the Punjab State in an higher orbit of development. 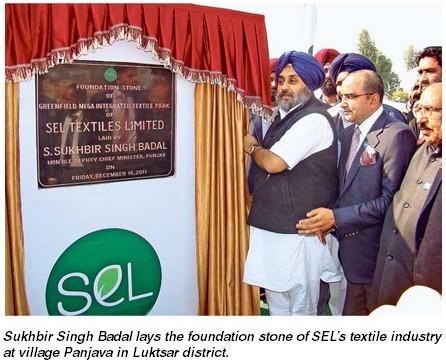 Speaking after laying the foundation stone and Bhoomi Pujan of the project, Mr. Badal said that Congress Government neglected the Malwa area and as they failed to provide value addition to Cotton farmers besides adding any fresh spindle capacity in the area. He said that Punjab Government came out with the new textile policy to setup a textile park in the Malwa area to invite multinational companies to invest in setting up their units. He said that once all units in textile park get operationalized, the textile park in Malwa would provide employment to one lakh youth, mostly girls. He said that textile was the most labour intensive industry and with small capital it can generate massive avenues for employment.

Mr. Badal said that with the growing world trade in textiles and clothing, India and Malwa area of Punjab have immense opportunities as it has presence in complete textile value chain and also advantages on account of availability of low cost skilled manpower, increasing cotton production and fast growing synthetic fibre industry. He said that he planned for textile park in Malwa area as China, India and Pakistan account for major part of the world fiber consumption. Mr. Badal said that over the years, the size of spinning mills is increasing all over the country but Punjab lagged behind. He said that we should understand that greater investment and FDI opportunities were available in the textile sector which is bound to increase the competitiveness of the Indian textile sector especially against major competitors like China. He said that though China has been ahead of India in the textile exports, yet this is indicative that India has ample opportunities for future growth and keeping this in view the State Government envisioned this textile park.

Speaking about the textile industry scenario Mr. Badal said that on the domestic front, there is an ever increasing domestic demand because of growing population and increasing income levels. He said that India is also emerging as a preferred sourcing destination for consumers across the world. Mr. Badal said that it was matter of great satisfaction that the textile Industry’s committed efforts to harness its fundamental strengths was visible from the growing investments, leading to capacity augmentation with ultra modern technologies. He hoped that SEL Group with its expansion initiatives would not only catalyze industrial activity in Punjab but also contribute to India’s standing in the textile sector of the world.

The state-of-the-art Greenfield Mega Integrated Textile Park being set-up by SEL Textiles Limited at Village Panjava, Tehsil Malout in District Muktsar at an investment of about Rs. 1500 crore. Through the said scheme, the Government seeks greenfield investments in textile sector with the objective of setting up world class infrastructure for the textile industry.

SEL is setting up the project with the state-of-the-art technology having capacities of 188,160 spindles in ring spinning, 40 million metres per annum in denim fabric and 8 million pieces of denim garments per annum. The estimated outlay for the project is nearly Rs. 1500 crore. The project is targeted to be operational in the next fiscal year. The flagship company of SEL group viz. SEL Manufacturing Company Limited had earlier commissioned the first phase of its 4 lac. spindlage plant at Village Mehatwara in District Sehore of Madhya Pradesh in a record time and established a new bench mark in project implementation.

The major raw material for the project i.e. cotton shall be procured mainly from the northern belt consisting of Punjab, Haryana and Rajasthan, hence creating value-addition for the textile sector in the region. The textile park will generate direct employment opportunities for 8,000-10,000 people and indirect employment opportunities for over 40,000 people. The project will also contribute significantly to the State Exchequer.

Neeraj Saluja, MD, SEL Group and V K Goyal, CEO of the SEL group also spoke on the occasion. A large number of industrialists and cotton growers were present on the occasion.

USTER: People all over the world are our valued assets 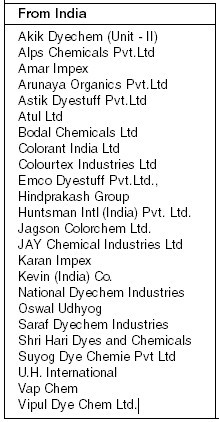 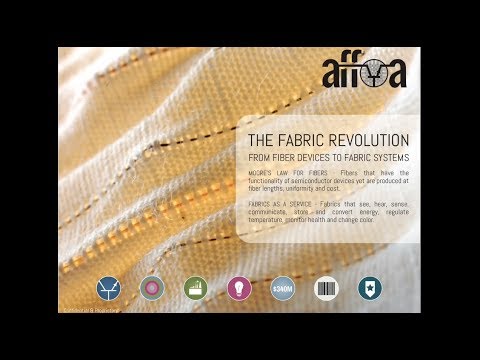