The Union Budget 2016-2017 is a growth-oriented budget that aims to build on India’s strengths and to address the problems and challenges that are faced by the country. Keeping this approach in mind, the Finance Minister introduced Budget 2016-17 with the aim to strengthen and build on the country’s growth drivers through infrastructure and social sector development, deal with challenges of inflation, poverty, fiscal management and other social problems and to promote overall growth of the economy. Though, overall Budget focuses on areas requiring major investments, while seeking to take forward the process of fiscal consolidation, certain changes proposed in Budget, have become topics of much discussion throughout the country. One such proposal is to impose 2 per cent excise duty on branded readymade garments and made-up articles of textiles of retail sale price of Rs 1,000 and above.

The branded readymade garment makers have been making representations to senior officials in textile and finance ministry ever since the excise duty was announced. They have demanded the roll back of excise duty levied in the Budget and want the government to continue with the present optional duty regime, until the GST is introduced. There have been countrywide demonstrations by garment manufacturers against the proposed excise duty.

At a time when Indian garment manufacturers are under pressure to go for value-added products and scale up their manufacturing facilities under Make In India initiatives, the top apparel makers are worried that the government’s decision will give unnecessary impetus to unorganized readymade garments sector. According to the Clothing Manufacturers Association Of India (CMAI), close to 1,500 out of their total 2,500 members will be adversely affected by the duty imposition. CMAI chief has also expressed fears that the excise duty will lead to a compromise on quality because manufacturers will keep costs below Rs 1,000. Once the GST is introduced, the whole value chain would be covered by the duty and compliance will improve considerably.

Under Union Budget 2011-2012, excise duty was levied by the previous Government. The manufacturers of ready-made garments and made-up articles bearing a brand name or sold under a brand name were brought under the Central Excise Duty regime and a 10 per cent duty was imposed. However, the benefits of CENVAT credit were allowed with respect to these goods. But the government withdrew the excise duty subsequently after realizing the complications and the adverse consequences.

Garment makers have cautioned the government officials that the entire textile and clothing industry is going through a crisis due to fall in demand both in the domestic and export markets. They have also pointed out that the task of collecting the excise duty from the highly dispersed and mostly tiny units in the garment sector will be a formidable task, especially when the rest of the value chain is exempted and traceability is a very difficult task. The issues with respect to affixing a brand name on the product, labelling or relabeling of containers or repacking from bulk to retail packs or the adoption of any other treatment to render the product marketable to the consumer are also important. How to deal with the returns of duty-paid stock that remains unsold with the wholesale dealer/retailer either at the end of the season or from time to time is also a serious matter. Generally, the Retail Sale Price is not disclosed to job workers by the brand owner. What if the RSP is not affixed or marked on garments when they are cleared in the course of sale from the manufacturer’s factory to the brand owner?

Keeping in mind the past experience of imposing the excise duty, the government should re-look at its proposal and immediately withdraw it. This proposal has shaken garment makers throughout the country. The industry certainly doesn’t deserve this.

Zero Liquid Discharge, A New Eco-Friendly Technology That Can Change The Way We Work 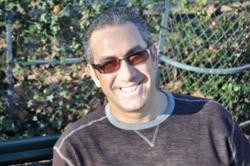