On August 19, 2016, a sort of earthquake hit India’s largest home textile exporter to the US for the last many years. The intensity of the quake was so high that it has badly shaken the country’s textile industry. Though it will take some time to estimate it’s total impact, the loss is feared to be considerably high as the tremors of the quake were felt, and taken note of, globally.

Yes, we are talking about Welspun India Ltd., a US$3 bn Welspun Group company – one of the top 3 home textile producers in the world. The company has a 20% market share in the US in towels and 11% in bed linen. About 95% of the company’s production is exported and nearly two-thirds of Welspun’s business actually comes from the US.

Target Corp., America’s 2nd-largest discount retailer made a public statement, on August 19, that it was breaking up all business with Welspun India Ltd. because they found that Welspun supplied them Egyptian Cotton 500-thread count sheets – under the Fieldcrest label – using non-Egyptian cotton between August 2014 and July 2016. Target procured these sheets from other vendors also but found that only Welspun was engaged in such malpractice. This was : “a clear violation of both Target’s Code of Conduct and Standards of Vendor Engagement, and was contrary to the high ethical standards to which we hold ourselves, and our vendors,” said Target notice.

Target has decided to refund $90mn to customers, who bought the sheets during the said period and has started processing a full refund. Several Welspun clients including Walmart, J.C. Penny, and Bed Bath & Beyond are launching investigations of their own into the sourcing of their Egyptian-cotton products before taking any final decision. Ironically, Welspun was first Indian textile company to receive the ‘Egyptian Cotton Gold Seal’ issued by the Cotton Egypt Association. It serves as a guarantee to buyers and to retail clients that the product is made of Egyptian cotton.

According to Mr. Rajesh Mandawewala, MD Welspun India Ltd., the company’s sale to Target was about US$90mn in FY16 which accounted for almost 10% of their overall business. “But the product in question with Target specifically, represents about $8.5mn in FY16 for us, which accounted for about 1% of our overall sales and about 10% of our business with Target,” he clarified in a Conference Call hosted by IIFL Capital Ltd on Aug. 22. However, he confessed that Target was totally breaking their 10-year relationship. He also said : “It was a failure on our part. Without any ambiguity the fault is on our side, the error is from our side so I guess we have to take responsibility for it,” adding that “this is actually not a safety issue but it is about the provenance of the fiber. The products are safe to use.”

The company seems to have hired Ernst & Young for an audit of its supply chain to determine what went wrong.

However, the unusual way the whole incident has been made public raises many questions :

Whatever may be the case, India’s image has taken a beating due to this episode; Welspun’s reputation and market cap have been washed off; Quality certification agencies have significantly lost their trust; Consumers’ confidence has been shaken; Even genuine products and their producers will suffer. The moral of the story is : “Beware of shortcuts, they can cut you short”. 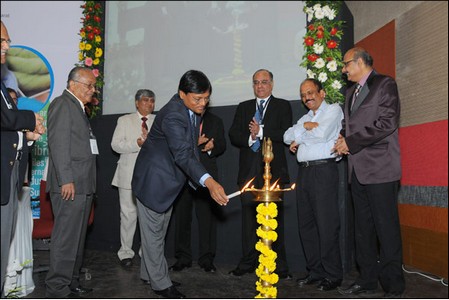 Sustainable development of the cashmere sector in Mongolia

Is China Clothing the World in Polyester?