GENEVA  — Better Factories Cambodia has published a new string of key findings on Thursday, drawing on the results from a broad independent impact assessment study conducted by Tufts University on behalf of the Better Work programme between 2015-2018.

Through two newly published briefs: “Harnessing Compliance to Improve Well-being and Productivity: The Impact of Better Factories Cambodia” and “Gender and Care Responsibilities: Examining the differences for garment workers in Better Factories Cambodia,” the programme is set to highlight survey results gathered from workers and managers about topics ranging from working conditions to factory operations and their life at home.

The data covers 57 Cambodian apparel factories, or 12 percent of the programme’s affiliated firms. All production plants were new entrants within their first three years of enrolling in Better Factories Cambodia, and that’s a key factor in the studies: they measure the efficacy of the programme in the first years of implementation.

The programme, which was established in 2001, currently counts 550 factories that employ over half of more than a million workers employed in the local garment sector. The industry, which has been severely hit by the rippling effects of the ongoing COVID-19 pandemic and recently underwent a partial withdrawal of its tariff-free exports to the EU market, still represents over half of the total export value of the country. 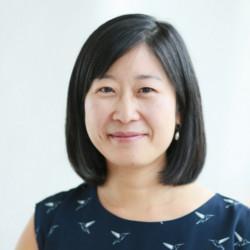 “Results show that factories receiving the full package of BFC services achieve improvements in compliance systematically above the industry average,” says Sara Park, Better Factories Cambodia Programme Manager. “This is a strong indication that commitment to improving working conditions, through an integrated approach of greater compliance enforcement, training, and advisory services, are key determinants of both business success and the well-being of workers.”

The study reveals that being part of Better Factories Cambodia leads to a decrease in long hours of work that are typical in the apparel sector. At the same time, workers maintain or increase their weekly take-home pay, which researchers attribute to increased compliance with pay regulations, including as minimum wages were rising in the sector. .  It also indicates an increase in life satisfaction, which tends to improve among workers, particularly after three years of an employer’s participation in the programme.

The eradication of violence and harassment, including sexual harassment, in the workplace is also a crucial factor in furthering the increase in worker well-being. On average, workers in the industry are young migrants hailing from then country’s rural areas, with women making up about 80% of the employed workforce.

Findings confirmed the often-observed dynamic whereby young women without children are more likely to become victims of sexual harassment due to stereotyping and gendered beliefs that intersect with age and life stage.

Researchers found that by the third-year assessment, workers report that sexual harassment across the factory floor is less common, an effect they attribute to their factory’s participation in Better Factories Cambodia. Results also suggest that organizational tolerance for sexual harassment is reduced while being part of Better Work.

Still, only less than half of the workers surveyed believe that an adequate reporting system for sexual harassment exists in their factory, suggesting that grievance procedures and anti-harassment training still have significant room for improvement.

“The main channel by which Better Factories Cambodia reduces sexual harassment is through improvements in power relationships determined by misaligned pay incentive structures between workers and supervisors,” Park says. “Sexual harassment is found to be most common in factories where workers are paid based on their productivity, or “by the piece,” and supervisors are paid a fixed salary.”

About 15% of the workers interviewed reported being treated differently because of their gender by a supervisor or manager. But discrimination further increases in the case of lower-educated women with children, according to the study. Those women are less likely to have an employment contract, receive training on worker rights and new skills, and less likely to be promoted.

Female and male workers’ survey responses stress a widely shared concern about low wages, identified as the main cause of extra working. But while women struggle in combining overtime demands in the factory with household pressures, men are more likely than women to report that they cannot refuse overtime amid fears of being terminated.

Finally, the implementation of occupational safety and health standards (OSH) remains a major challenge across the local garment industry, a situation also mirrored in other garment-producing countries around the world. Men tend to report OSH concerns more frequently than women, as they are also more likely to be employed in high-risk operations in the factory.

“Survey responses point to the need to strengthen training on worker rights for especially female garment workers,” Park says. “It is also crucial we jointly scale up efforts for the eradication of harassment and discrimination alongside further action to improve OSH standards and workers’ job and life satisfaction.”

Better Factories Cambodia believes increased action aimed to tackle gender differences in contracts, training and promotions, overtime, wages, harassment and violence at work is key to challenge the status quo, eventually leading women to become more vocal about the challenges they face daily in their professional and personal life.

Read below the Research Brief On “Harnessing Compliance to Improve Well-being and Productivity: The Impact of Better Factories Cambodia”

Better Factories Cambodia (BFC) is a unique partnership between the UN’s International Labour Organization (ILO) and the International Finance Corporation (IFC), a member of the World Bank Group. The programme engages with employers’ and workers’ organizations, government partners, and international apparel brands to pursue dual objectives of improving working conditions and firm competitiveness.

Textile excellence of today and tomorrow