The race for development, among nations, using globalization as a major tool is slowing down thanks to the recent signs of the revolt against globalization. Ironically, this revolt is being seen in countries that initiated, propagated and, to some extent, monopolized the rules of globalization. It is no secret that despite many advantages of globalization in terms of growth in opportunities and skill development, the fact remains that largely, there has been a jobless growth in most countries. Also, the gap between the rich and the poor has widened to an unimaginable extent creating widespread unrest among those disadvantaged populations everywhere that feel being left out or not being looked after well by their respective governments.

India saw a lot of opportunities in the global market for many of it’s products and the IT sector benefitted from the abundant supply of engineering graduates who got opportunities to flourish in India as well as abroad. But one must now realize that a number of countries – including the pioneer US – are closing their window for countries that have so far been benefitted from the export- and manufacturing- led development. The access to Western export markets is going to see a lot of restrictions as they speed up their push on the reshoring of production back to their home countries. There are also rapid developments in automation (robotics) along with faster changing consumer buying patterns that force the buyers to discourage offshoring. They are, therefore, more willing to seriously plan for the reshoring of production closer to the home market. The politically surcharged situation is also compelling them to stick to their home country, as far as possible.

It is estimated that every month, more than one million job seekers enter India’s labor market. But the pace of job creation is far slower than what needs to be there. With further anti-globalization wave, there is going to be a huge oversupply of jobseekers that our service-led economy may not be in a position to cope up with. The government of India rightly has a massive skill development plans under which a number of training programs are being offered at various levels in different sectors of the economy. But unless enough jobs are simultaneously created to absorb all these trained people, the whole exercise may not be economically viable.

There is enough evidence to suggest that the automation and new technologies that are in the pipeline cannot cure the diseases of the world economy. On the contrary, there is the fear that digital automation will create mass unemployment. This, in turn, can crush the middle classes, create unrest among them leading to what we are already witnessing – erosion of democracy.

The future of work lies in factories populated with robots where a few hundred workers can give the same output where tens of thousands are needed now without any guarantee that the loss of jobs will be compensated by new jobs. The service sector cannot be assumed to be unaffected by this trend. The old industrialized countries have been able to make their manufacturing cost effective and competitive again by achieving higher energy efficiency and lowering the labor cost.

The de-globalization trend is fast increasing as a result of which multinational companies like have started to reshore production facilities back to their parent
countries. Politicians in these countries feel compelled to respond to calls to “bring back jobs”. One must not undermine those losers of globalization who either lost their jobs or whose real wages not only didn’t provide them decent living standards but dragged them into debt. 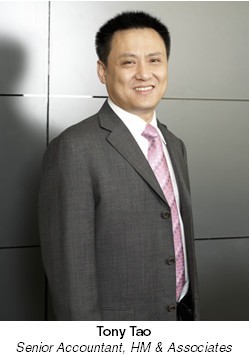