Prof. EH Daruwalla – The Doyen of Textile Chemistry Passed Away 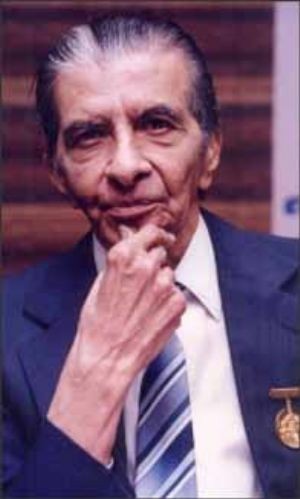 It is with profound grief and sorrow that we report the demise of Professor Dr.  Erach Hormasji Daruwalla (EH Dauwalla) on 17th March in Mumbai. Husband of Bakhtawar E Daruwalla Father of Meher and Jer Father in Law of Venkataram and Animesh Grandfather of Maya, Jehan, Sarosh and Urveen. He was 89.

Prof. Daruwalla – the renowned internationally known and acclaimed figure in the area of textile chemistry – was the Director of University Department of Chemical Technology (UDCT), now ICT, from September 1971 to October 1983. Our Editor was his student at UDCT during this period (1973-78). Prof. Daruwalla also served as Research Advisor to Bombay Textile Research Association (BTRA) and technical consultant to various leading textile and chemical companies. A Prayer Meeting was held on 31st March 2012 at the Institute of Chemical Technology, Matunga Mumbai. 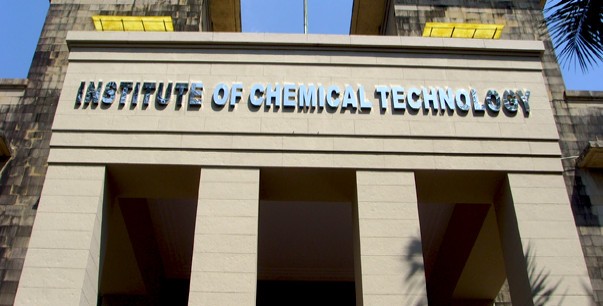 ICT’s condolence message read : “Prof. Daruwalla was a walking encyclopedia of Textile Chemistry, one of the most decorated researchers of his time, and above all, a superb teacher. After his BSc (Tech) and MSc(Tech) from UDCT, he got a Ph.D. from Manchester and returned to teach at his Alma Mater. His research on Cellulose chemistry and Reactive Dyes laid the foundation to several new developments in the Textile mills and opened up new research areas. He was awarded the Gold Medal by the Society of Dyers and Colourists (UK) for his outstanding contribution to the Science of Coloration, the first Indian to be so decorated. He was considered the ‘Father Of Textile Industry’ in India, having been a consultant to most of the modern mills of the last millennium. After retirement from UDCT, he was a consultant to BTRA, Rossari BioTech, Century Mills, etc. Although a tough taskmaster, he and his wife were known for their benevolence, and many of us have seen both of them work for blind students.”

Here are some of the tributes paid by his students, friends and colleagues :

C.N. Sivarama Krishnan (Advisor at Anmol Polymers Private Limited) : “The news of passing away of Prof Daruwalla was announced when I was in the midst of the Chartered Colourist meet in Bombay. We were around 25 Technologists, all from UDCT, and we observed a one minute silence as a mark of respect to this towering personality. Prof M.L.Gulrajanai who was delivering a paper on Nano Colouration almost broke but controlled himself. Apart from being a good teacher, he gave us insights of many important values of life. With his exit, all three Gurus have left, first to go was Prof Shenai, followed by Prof Achwal and lastly Prof Daruwalla. All three had exemplary skills of teaching and will be remembered for life.”

Prof. ML Gulrajani (IIT-Delhi) : “We were informed about the sad demise of our beloved Professor while I was delivering a key note lecture on ‘Art and Science of Nanocoloration’ in Mumbai during the ‘Day of Colour’ celebrations of the SDC (Mumbai) on 17th March. We immediately stood in silence for a minute to morn the sad demise of Prof. E. H. Daruwalla. There were  20 Fellows of the Society of Dyers and Colourists and other 10  medalists and scores of other chemical technologists present there. I used to call Prof E.H. Daruwalla as ‘My Ever Loving Teacher’. I think Prof. E.H. Daruwalla was ‘Teacher – par Excellence’ very serious and sincere about his commitment to research and teaching. I came to know Prof EHD in 1964 and more closely since 1966 when I paid my compliment to him during our B.Sc. (Tech) degree passing out tea party by calling him the ‘Most knowledgeable teacher’. Subsequently I joined as a M.Sc. (Tech) student with him. Prof. EHD has been my role model and inspiration during my entire professional career. I have been highly benefited by having many in-depth discussions with him during Research Advisory Committee meetings of IJIRA of which I was a member and he was the Chairman. I will always cherish my memories and fondly remember the quality time I spent with him during which I learned a lot.”

Subhash Soudagar (Innovative Unit Head 3S Consulting Company) : In prayer meeting on 31st March, where his students from 1960 batch remembered his qualities as a teacher. He used to tell stories, never mind many stories were told earlier, enthused every time in such a way that he used to ask what’s next? what’s next? That’s Prof Daruwalla. As a teacher he was par excellence. I was one of the privileged few to be a part of his pioneering reserch at BTRA on import substitution of Sodium Hydrosulphite. He was a born orator with indepth knowledge of textile indusrty. A big loss to all of us.

Joseph PC (Thane) : I knew Prof. Daruwalla as a freind of Dr Keki H Gharda with whom I worked in the R&D Centre of Gharda Chemicals Ltd. Dr Gharda used to describe him as a close friend and about how people used to call the pair as Laurel & Hardy due to their physical attributes! Also he along with his wife used to attend Dr Gharda’s birthday parties many times.

The Society of Dyers and Colourists (UK) : Prof EH Daruwalla was instrumental in the formation of the SDC Mumbai region and he was conferred the Gold Medal of the society in 2001 for his contribution to the coloration industry. Dr Daruwalla was well respected across the textile and chemical industry for his pioneering work in the field of textile chemistry.

GD Jasuja (Editor – NCM) : “I was a student at UDCT from 1973-78 when Prof. EH Daruwalla was director of the Institute. He used to teach also the subject of dye chemistry. His style of teaching was unique. He used to dictate the contents of the subject by reading from different books and/or journals for around 15-20 minutes and in the end close them and summarise the whole lecture very fluently and authoritatively. We used to wonder as to why was dictating when he knew the entire subject extremely well that he could teach without those books. Nevertheless, later we realised that it was for the benefit of students who often miss a lot of important points while taking notes on their own. I used to meet him occasionally at his Bandra residence whenever I used to visit Mumbai. He always extended his warm affection and also encouragement for NCM. He was a strong believer of Shirdi Sai Baba and had a belief that he had seen and met him personally. He was very active, energetic and cheerful in spite of his old age. I remember – during one of my meetings a couple of years ago – he said: “It is better to wear out than to rust.” I salute him and pray for his family’s well being.”

Smart Chemistry Smart Future 2021: Spain will focus on the strategic role played by the chemical sector to achieve the SDGs