Teijin Limited has announced its development of aramid fiber fabric that protects users against X-ray and gamma-ray radiation. The company from May will provide samples to selected customers for applications such as protective clothing and sheet materials used around high levels of radiation, including the medical field, reconstruction activities in disaster-hit northeastern Japan and radiation testing. 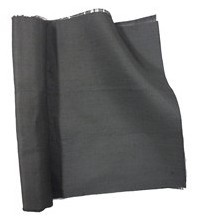 In addition, tungsten-blended Technora fabric exceeds the already high levels of flame retardancy and cutting resistance exhibited by the regular Technora aramid fiber. As such, Teijin expects its new fabric to be used in materials and protective clothing for people handling high-temperature objects and/or sharp-edged rubble, tools and so on. While it is generally difficult to produce filament yarn by blending a high-density metal with fiber, Teijin has overcome this challenge by leveraging its spinning know-how and the inherent properties of Technora. The uniform blending of tungsten and fibers is achieved with Teijin’s well-established polymer and spinning technologies.

Teijin’s high-strength para-aramid fibers Twaron and Technora and meta-aramid fiber Teijinconex, which offers superior long-term heat resistance and flame retardancy, are available for a wide range of solutions where enhanced protection is required, such as law enforcement, firefighting and manufacturing. In Japan, where the Great East Japan Earthquake of 2011 has raised concerns about radiation in the region due to damaged nuclear reactors, Teijin believes that its new aramid fabric will provide solutions that help to ensure the safety of workers involved in reconstruction.

Lead and lead-containing materials are typically used to shield against radiation because lead is comparatively inexpensive and exhibits excellent shielding. However, due to concerns about the environmental impact of lead, movements are underway to regulate its global use. Tungsten is now being used as an alternative for radiation shielding because it has relatively little impact on the human body or the environment. Tungsten for radiation shielding is available in the form of fiber and sheet, and in hybrid materials such as resin or rubber blended with tungsten. It has been difficult to produce a tungsten hybrid in the form of fiber, however, due to problems with blending fiber with a high-density metal like tungsten. In addition, high-density metal blended in a high concentration with fiber using conventional methods tends to lose its strength and modulus.

Teijin is a world leader in aramid fibers. Renowned for their strength, sustainability, safety, heat resistance and low weight, Twaron, Technora and Teijinconex can be found worldwide in different applications and markets including automotive, ballistic protection, marine, civil engineering, protective clothing, and oil and gas. Teijin’s para-aramid fibers, Twaron produced by Teijin Aramid Opening a new window in the Netherlands and Technora produced by Teijin Limited in Japan, are – next to its high temperature resistance up to 400°C – noted for its exceptional strength in terms of bulletproof and stab-resistant properties, making it ideal for protective clothing. They also are excellent as a friction material for automotive brake pads and as a reinforcement material for tires and fiber optic cables. Teijinconex, a meta-aramid fiber produced by Teijin Limited in Japan, offers excellent long-term heat resistance and flame retardant properties, lending to its use especially for heat resistant protective apparel such as fire fighter gears and industrial uniforms. It is also used as a reinforcement material for heat-resistant filters, rubber belts and turbo charge hoses.

Teijin Group’s main fields of operation are high-performance fibers such as aramid, carbon fibers & composites, healthcare, films, resin & plastic processing, polyester fibers, products converting and IT. The group has some 150 companies and around 17,000 employees spread out over 20 countries worldwide. It posted consolidated sales of JPY 854.4 bn (USD 9.9 bn) and total assets of JPY 762.1 bn (USD 8.8 bn) in the fiscal year ending March 31, 2012. 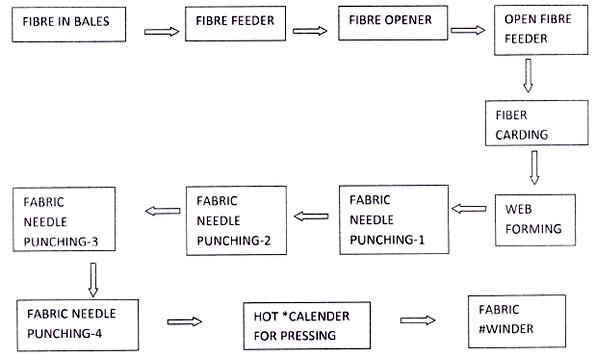 Non-woven Fabric is NOT a Textile Item