Key role of technology for technical textiles in China 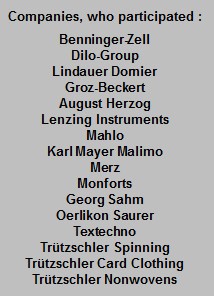 China’s technical textiles market is growing, in the area of the automotive industry it is expected to almost double from 755 t in 2010 to 1,400 t in 2017. In addition, the 12th Five-Year-Plan demands to increase the energy and material efficiency in the production process. Fritz P. Mayer, President of the VDMA Textile Machinery Association and Managing Associate of Karl Mayer Textilmaschinenfabrik emphasized in his opening address on 5th March in Jinan “Worldwide leading German technology suppliers can play a key role to reach the targets in the transformation process of China’s textile industry”. Mayer added that technical textiles offer a great opportunity in terms of development, innovation and value-addition to succeed in the rising global competition. 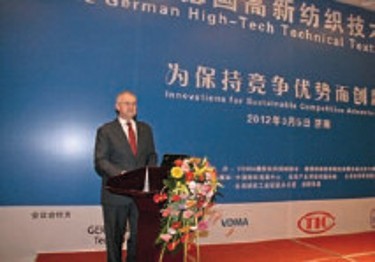 Technology and application areas presented during the conferences :

In a visitor survey 59% evaluated the economic perspectives as good and 39 % as excellent. With 15% Oekotech received the highest rate of interest from the visitors, followed by Mobiltech with 13 % and Indutech with 12 %. In 2011, Germany’s exports of textile machinery increased by 23 % to Euro 3.3 bn worldwide.

A. Monforts Textilmaschinen’s Head of Product Management for Dyeing and Application, Peter Tolksdorf, was a key speaker at a series of conferences recently held in China on ‘German Technology for the Chinese Technical Textile Industry’ being organised by the German VDMA Federation of Machine Builders.

Around 120 of the most important manufacturers of textile machinery and accessories from all sectors of the trade are affiliated within the VDMA Textile Machinery Association. The largest parts of the companies are medium-sized firms and stand for approximately 90 per cent of the entire sector volume. In 2010, the branch exported textile machinery worth about 2.7 billion Euros. The association’s main activities are economic and technical representation of the branch’s interests, exchange of experiences as well as services such as statistics, observation of significant markets and reporting on the situation in the textile industries throughout the world. 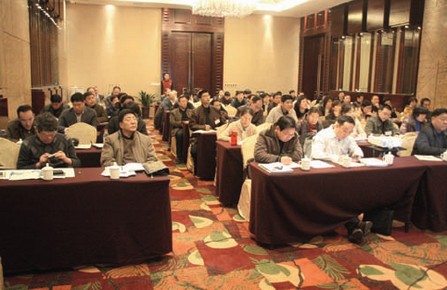 Worldwide, technical textiles are gaining in significance. The traditional textile region Neckar-Alb recognised this as a market of the future early on. Currently, 220 companies with more than 15,000 employees are working on developing the key industry technical textiles. To pool this traditional regional expertise and to promote pioneering innovation, IHK Reutlingen has set up the Technical Textiles Cluster Neckar-Alb using resources from the European Regional Development Fund (ERDF) under the responsibility of the Baden-Wuerttemberg Ministry of Finance and Economy. In December 2010, the Technical Textiles Cluster Neckar-Alb became one of ten such future clusters in Baden-Wuerttemberg. The official kick-off event took place on 8 February 2012. Following the motto of “Taking advantage of regional strengths – becoming established as an international provider of solutions”, the Cluster currently has 37 member companies. The Cluster’s management aims for the textile region Neckar-Alb to build a name for itself internationally and to systematically develop future markets.

How to engage and to federate sustainable practices

An Introduction to Nonwovens Lamination and Finishing Lines from A.Celli Nonwovens, Italy