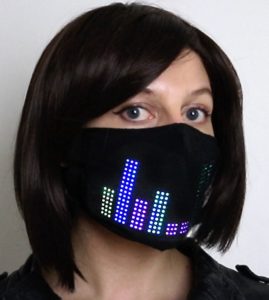 Masks have become ubiquitous as a wardrobe staple, and are now becoming a fashion statement and a form of self-expression.

The mask has breathable sections above and below the tech, and the technology is fully removable for washing. When the tech component is removed, the fabric mask can be worn as a regular mask.

Text Display When Your Mouth is Hidden

The mask’s companion app offers microphone input that responds with equalizer functions. Some wearers of the mask have been using it to display text and sentences that would otherwise be difficult to see or hear when the mouth is covered. Many wearers use the “stand back” message to encourage others to stay away.

Political Statements and the Anti-Mask Movement

The mask has recently been used frequently in protests and political activism, particular within the BLM movement as many protesters have been wearing the masks with messaging and support for the cause.

The mask has also received criticism from the “anti-mask” movement, with accusations of normalizing government oppression of requiring people to wear masks, and, as one commentator described, “oppressive dystopian fashion for end times.”

Creation of the Mask 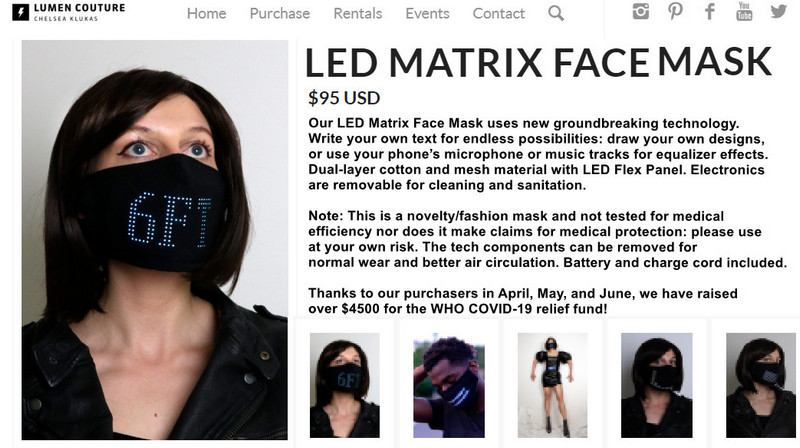 The mask was invented when the pandemic was starting to take hold. Regular sales were slowing and events were cancelled, and Klukas was feeling somewhat demotivated due to the slowdown of the business. Klukas had planned to create some regular fabric masks using extra materials to distribute to friends, when she had the idea to combine some of the existing tech components to create the mask. The mask was originally posted it as a DIY project with instructions, but due to the massive interest it was quickly pivoted to production as part of my ready-to-wear line. Since launch, the mask has been in high demand and on backorder as Lumen Couture scaled up production to match the unexpected demand, but is now scaled up and available for immediate fulfillment. As a way to give back, Lumen Couture donated proceeds from sales from launch until June to The WHO COVID-19 relief and raised nearly $5K USD. 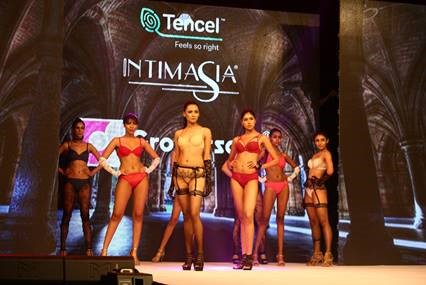 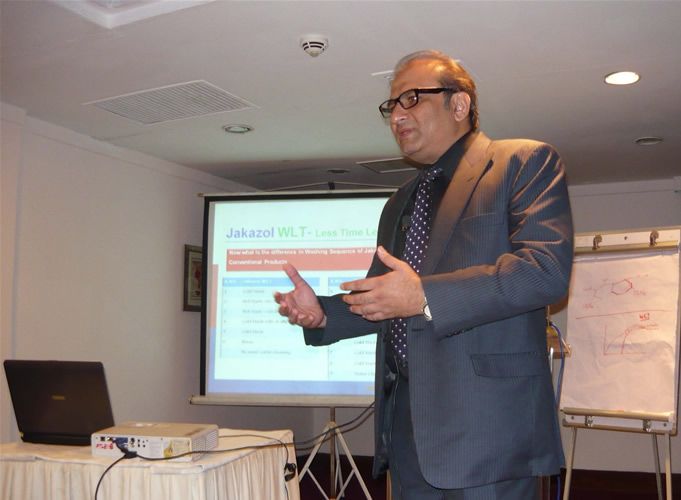 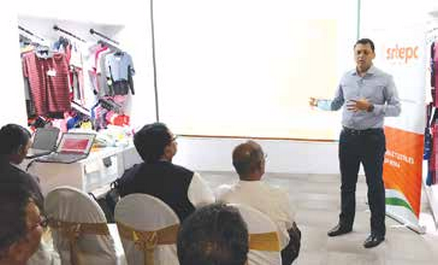 Seminar at ‘Liva Studio’,Tiruppur on Thriving Indian Man Made Fibre Textiles – A Myriad of Opportunities