Jumping on design trends in the marine market

Beyond neighbors at the harbor, Roberts says the industry itself drives these trends. “In other words, the OEMs [original equipment manufacturers] are the ones who start using a new product, and then it catches on in the aftermarket,” she says.

The economic downturn of 2008 played a part in opening up the flooring market, according to Roberts. “A lot of carpet manufacturers went out of business, and we couldn’t get carpet,” she remembers. “I think that opened up the industry for something new—such as foam-backed vinyls.”

Roberts points to Infinity Luxury Woven Vinyl as an example, which she says “splashed onto the market” at about that time—a product she values for its cleanability and the way it binds. The product touts soil and stain resistance, mold and mildew resistance, UV stability, cleanability and resistance to heavy commercial traffic.

Indeed, durability and cleanability are top considerations when it comes to marine flooring—not to mention breakthroughs in aesthetics. “Flooring is a fashion statement, so whoever in the family determines the ‘look’ of the boat is typically the one who determines the flooring,” says Warren J. McCrickard, executive vice president, sales and marketing for Dothan, Ala.-based Infinity Luxury Woven Vinyl. “Wood grain—with and without teak caulk lines—has been a growing trend, as are pearlescent yarns that help give a sheen or metallic ‘pop.’ Both the natural wood look and added textured feel are exciting to customers.”

McCrickard says that sustainability is one reason woven vinyl flooring has gained popularity: “It carries a longer UV/fade warranty, so it requires less frequent replacement and has a better resale value to the customer.”

However, some customers are wary of woven vinyl due to the heat that PVC absorbs. In response, in 2018 Infinity launched low-heat-buildup yarns in its flooring that reduce surface heat up to 20 percent, McCrickard says.

Jason Gardner, vice president of global marketing and advertising for SeaDek® Marine Products in Rockledge, Fla., also notes that there has been a move away from traditional staples in marine flooring, such as carpet, molded and non-skid. “When we came on the market in 2004, carpet was kind of king,” he says. “Everyone had carpeting—either glue-in or snap-in.”

SeaDek products tout a closed-cell polyethylene/ethylene-vinyl-acetate (PE/EVA) foam with an acrylic-based high-bond pressure-sensitive adhesive that, Gardner says, is comfortable, durable, easy to clean and doesn’t absorb water. “But we also focused on the aesthetic element,” he says. “We make our product by laminating one sheet on top of another, and when our CNC machines cut into the foam, it exposes the bottom layer so we’re able to create some really interesting surface textures.”

On the OEM side, Gardner says earth tones are most popular, including browns and off-grays, from the interior coverings to the flooring. “On the aftermarket side, pretty much anything goes these days,” he adds. “We still see a lot of earth tones in the aftermarket but we also see a lot more people stepping up and doing some of the bright colors as an under-laminate color—so the surface is maybe neutral but there are nice pops of color coming through the surface layer.”

Gardner notes that he’s seeing people starting to bump up the creativity in design elements. “Whether it’s topographical maps or laser patterning, boat builders are breaking that teak line mold,” he says. “Designs don’t have to be just a faux teak foam product—they can be something completely new, such as hexagon patterns or waves.”

A question of color

Selecting the right flooring and fabric is a balance between embracing the latest/greatest and sustainability. Unless boat owners have unlimited funds for yearly makeovers—and time for the boat to be out of the water—it’s important to select fabric and flooring coverings that will both inspire and stand the test of time. And it matters whether the boat is being designed for the OEM market or aftermarket. “If you’re working on a custom boat for a client, it’s up to them as to how much or how little color they would like to see,” says John Kelly, ASID, interior designer and president of WBC Design, West Berlin, N.J. “Most of the time, trendy colors don’t work and don’t last. As for styles, I tend to keep it simple and timeless with lots of detail.”

That’s not to say Kelly advises avoiding color altogether. “I love color but have found that it’s easier to keep interiors monochromatic and use less color to appeal to the general public when doing a production/dealer boat,” he says. “It’s safe—and you can always pop in some colorful accents, accessories and artwork.”

Cibele Aisquith, owner of Overboard Designs LLC in Buford, Ga., is a self-proclaimed “sucker for the new stuff,” but she initially reins that impulse in and begins the design process by looking around the boat, understanding the surroundings that might interfere with a newly designed space, and by meeting the owners. “Their personality and style usually dictate the direction of the entire project,” she says. “As I start showing different swatches and combinations, I watch for the moment when their faces light up—and we continue down that path.”

If they’re comfortable with it, Aisquith gently nudges her clients toward experimenting with something new. “I have become known for my creativity and out-of-the-box designing techniques, so it comes easy to me,” she says. “In my experience, the more confident and excited I become about the project, the more likely it is for my customer to trust my abilities to deliver the best interior their boat can have.”

Combining unexpected designs and colors is one of Aisquith’s design strengths, and one of the reasons many clients who want a standout design seek her out. She used bold interlocking swaths of vinyl in red, black and gray for a 1996 Chaparral redesign; and gray and blue paired with coral accents on a white vinyl backdrop for a 2007 Malibu. “Recently, I had two brothers who owned a boat together come to me and request lime green be heavily used in their new boat interior and exterior because it was their company color,” she says. “As you can imagine, their boat was very green, but it worked—and they were ecstatic.”

Aisquith points out that there’s a clear difference when working with an older clientele refurbishing their cocktail cruising boat versus working with a younger client updating their “super cool futuristic” wakeboard boat interior. “One is looking for a classic, elegant look while the other wants the most fun, crazy colors you could put together for them,” she says.

“People are different. Some people want simple and others want something over the top,” Kelly says. “All in all, I make sure that [boat owners] have fun in the [redesign] process and that no matter what the outcome is on their project—whether it be simple and understated or a ‘wow’— it will always make a statement.”

Sigrid Tornquist is a writer and editor in Minneapolis, Minn.

US: AC, AAFA, CFDA, and TGA Send Letter to Congress with Recommendations for the Next Stimulus Bill 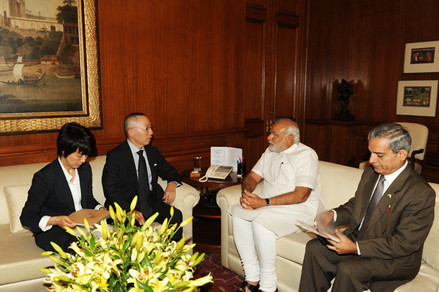