The exporters of Bangladesh in October have got $90 million worth orders for readymade garment from India. This development has taken place after India declared duty-free access to 46-apparel items from Bangladesh.

The order inflows in mere one month to a quarter of the $360-million worth of readymade garments that Bangladesh is projected to have shipped into India in the past 12 months of the last fiscal (2010-11).

A delegation from India-Bangladesh Chamber of Commerce and Industry, which has been in India recently, to reassess business opportunities, has stated that the it hopes exports to India to reach $2-billion mark in the upcoming three years or so.

The India-Bangladesh Chamber of Commerce and Industry (IBCCI) delegation has held discussions with Indian textile and clothing industry bodies and also conveyed that October’s order inflow projections have been assembled by the Bangladesh government based with the help of local industry inputs.

These orders are from the Indian retailers focussed on the domestic market and also from Indian exporters from locations such as Indore and Tirupur.

Touchdown For Polygiene — Major Order Of Facemasks From Hakers For Dallas CowboysJim Bornemanon August 6, 2020 at 3:29 pm 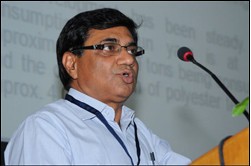