IP The “IP” mark is used to designate companies which possess intellectual property which has been registered with the Japan Patent Office. 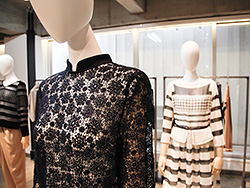 Combining classic and modern for a signature style

Akihiko Kimura chooses his words carefully as he discusses his company, Alpinisme Co.,Ltd., and clothing line, Lokitho (pronounced “Lokito”). Kimura says he knew he wanted to launch his own line from the moment he began studying fashion at Bunka Fashion College. After graduating, he continued to learn the trade while studying for four years under Mug, a well-known Japanese fashion designer, at her G.V.G.V. label. After his time there as an assistant designer, he left to begin building his dream, first founding Alpinisme-the business side of his work-in 2009, then introducing his fashion design label, Lokitho, for the 2010 spring/summer season. 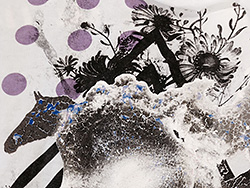 The Valued T of High Design and Craftsmanship

In Sendai, Miyagi Prefecture, in 2001, with only a single printing table, Kenichi Aizawa started a passion project: making screen-printed T-shirts. In the early days, there was a lot of trial and error, and the learning curve was steep. But before long, Toshimi Onozaki joined the team. With a background in art and design, Onozaki matched with Aizawa’s business sense well and things started to gather speed. Though Onozaki had some experience using screen-printing equipment in school, he was primarily a digital artist and delighted seeing his designs “in analog” as a t-shirt product. 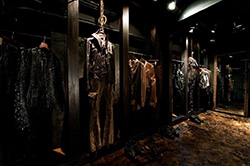 Japanese fashion has never shied away from pushing the envelope and making connections between seemingly different mediums: from Issey Miyake’s elegant, technology-inspired attire to the anime-driven extravagance of the trendy Harajuku style. Embodying the spirit of Japan’s innovation in fashion is Yasuyuki Ishii. 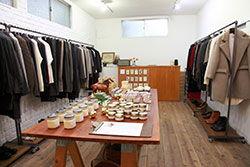 Daily Wear for the Discerning Dresser

IN DESIGN LAB INC.’s signature clothing brand, ID DAILYWEAR, presents timeless daily wear focusing on comfort, classic lines and clean, simple patterns. Its designs are realized through a combination of raw materials and fabric production techniques drawn from across Japan, working down to the thread level to achieve optimum fit and function. 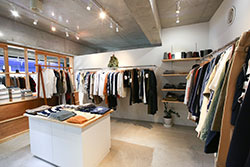 Western Wear for Work & the Weekend

ISATO DESIGN WORKS Ltd. is a boutique fashion house that designs and produces its own complete line of women’s Western-style clothing using Japanese techniques. In just a decade it has already been picked up by more than 60 vendors across Japan, and is now looking to step out into the greater Asian region. 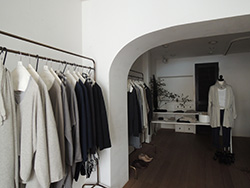 “Basically, we create clothes we would want to wear,” says Kazuya Kondo, the managing director of Kondo Knit Co., Ltd. In fact, Kondo’s dark knit coat, understated sweater and linen shirt are his own products. Weaving through his bustling factory, Kondo discusses the overarching concept behind the company’s two brands, evam eva and vie.

“Go it yourself.” That’s the advice Shinsuke Morishita received from his professors as well as fashion houses he interviewed with as a student. Taking their advice, Morishita established his brand, LAMARCK, in 2011-the same year he graduated from Bunka Fashion Graduate University at the top of his class. Morishita got the courage to create his own brand based on his professors’ confidence in his abilities as well as the opportunity to be involved with Bunka Fashion Incubation, a program started the same year to support and encourage fledgling, Japanese fashion design talent to reach their potential. Morishita has indeed flourished with LAMARCK gaining recognition both at home and abroad. Morishita plans to continue his march into the Western fashion world with LAMARCK’s careful tailoring, inventive use of fabric and classic yet fashion-forward styles. 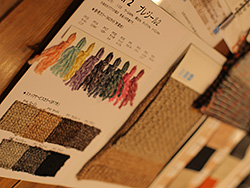 Spinning yarn: From Tokyo to the world

Maruyasu Corporation is one of Tokyo’s only yarn companies, remaining from a time when the industry thrived in the city. The firm first took root in the area of Ryogoku some 60 years ago, among a plethora of vendors selling socks, underwear and other clothing products. But the folks at Maruyasu Corporation displayed that characteristic forward-thinking that has been key to their success over the decades. They broke away from the norm and began producing yarn targeted more toward the fashionable than the functional. With skills and experience acquired from working with larger apparel firms and major retail stores, they set out to change industry perceptions and offer a fresh variety of styles and textures. With passion, technique and creativity, Maruyasu spun a name for itself as the principal purveyor of innovative Japanese yarn. 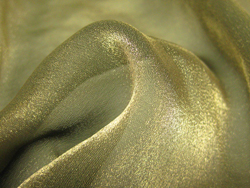 The fabric of our lives

The textile industry is such a vital part of modern existence that we tend to take it for granted. The fabrics used in the clothes we wear, our household linens and on upholstered surfaces are almost ubiquitous. But not all textiles are created equally and despite the industry being largely automated and modern, great skill and human ingenuity is required to set high quality fabrics apart from the reams of low quality, mass produced fabrics that flood the market. Maeda Co., Ltd., based in Ishikawa Prefecture has been a part of Japan’s silk and textiles industry since 1930 and has been producing textiles since 1958. 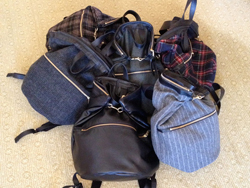 Riyo Midojima created what is now selvedge. 10 years ago when she rose from a craftsperson of sample items to become chief designer for her own line of women’s bags. She’d begun her career studying design in Japan, but it was while living in the UK for 2 years that Midojima was inspired by vintage leather bags. 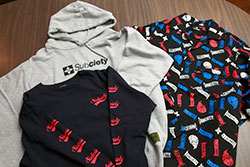 Styles for the Global Street

With connections to musicians and artists in Shibuya’s subculture scene as well as big names in American skateboarding and board apparel, M, TRADING CO., LTD. is looking to stay true to its roots even as it takes its Subciety fashion brand global, building personal relationships one nation at a time. 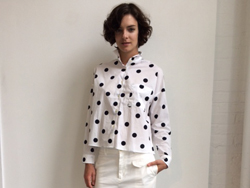 Founded in 1948, Osaka-based Nakagawa Co. Ltd. sells high-end men’s and ladies’ clothing at its select stores and boutiques. The company has two in-house fashion labels: O Gran Naso! is its menswear range with an established customer base in Japan, and NICO. nicholson and nicholson-which is also available internationally-is its ladies wear series.

The best of Japan, expressed through fashion

Taking its name from the Latin word for Japan, iaponia, a women’s knitwear apparel brand, aims to pay tribute to the beauty of Japanese raw materials and the skills used to create them. Launched in 2006, the brand itself is fairly new, but the people behind it are longtime industry professionals. Its parent company Network Japan Co. Ltd., led by Shin Nakamura, operates a successful main business making OEM knitwear products for major apparel makers and department stores in Japan, sourcing the raw materials and designing and producing final products. With this expertise in knitwear and design, industry connections and knowledge, Network Japan has continued to satisfy its clients. They commit on using high quality raw materials, and are mostly imported from countries all around the world. They also use sourced materials from Japan, focusing on Aichi, Ichinomiya, the famous historic center for fabric. 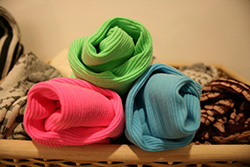 Old-fashioned fabric techniques are once again setting trends in Japan. Leading the way is Numajiri Textile Laboratory, a company that was formed 10 years ago from the ashes of the Hiruma Senkou Company, a color-dye business that had been making Japanese yukata (traditional Japanese garments) innerwear and nightwear since 1903. With traditional 110-year-old tools and know-how at their disposal, Numajiri blended them with modern techniques to create unique jersey materials. 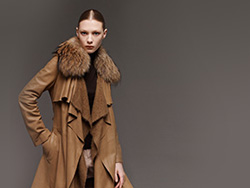 Formed in 2008 by two designers from Muji who valued simplicity, Tokyo-based ladies’ fashion brand Raw+ is taking conventional leather style in new directions. Their traditional-with-a-twist designs-or “raw plus”-feature both masculine and feminine elements. Relying on their own ingenuity, they have created new ways of using leather in their high-end women’s clothing line. 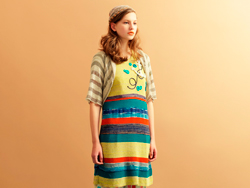 One hundred years ago, in Japan’s mountainous Yamagata Prefecture, the mostly farming population needed ways to sustain themselves during the long, snowed-in winters. Some, like the Sato family, kept silkworms among the rafters of their homes. In 1932, they broadened their activities by raising sheep for wool, and Sato Seni Co., Ltd. was founded by Chonosuke Sato, the current president’s great-grandfather. 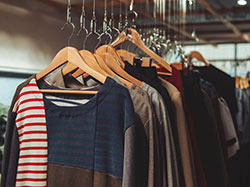 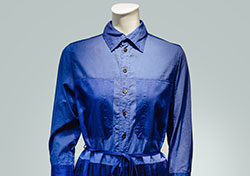 Wrap Yourself in the Next Level of Cotton

Handling textile design, sewing and pattern production in-house, T-THREE CO., LTD. has developed numerous brands across more than three decades of innovation. The company has been recognized for the high-quality colors produced by its unique spring water dyeing process, while its extra-long staple fiber cotton creates garments that are a dream to touch.