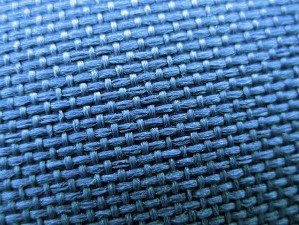 Many of you might have already heard of ideas out there that try to incorporate energy systems into clothing. While the idea itself is very inventive, the execution is often not too practical. They can be used normally at a degree, but they would never be the same as ordinary clothes that you’d usually just toss around the washing machine after use.

Is there a better type of solar cell fabric out there that is more practical for everyday use then? Well, Japanese researchers have developed a new type of solar cell that might just make the better cut when it comes to the idea of clothing-based embedded solar systems. This new kind of solar cell fabric, which, when exposed to sun, can constantly produce green energy, even when a person is wearing it. The cloth is actually made of very tiny wafer-thin spherical solar cells, which are woven into the fabric itself. It can produce enough energy for the wearers to charge their phones or laptops with their t-shirts or trousers.

But even though this new solar cell fabric is generally better than older ones, the research group that developed it believes that much work is still needed before it can be made commercially available. They would still have to work on keeping the conductive wires in the garment durable enough to withstand everyday use and abuse. “The fabric is not yet available on the market as it still needs to be improved before being suitable for wearing”, the inventors say. “We still have things to solve before commercialization, such as coating for the conductive wires and improving the fabric’s durability,” said an official at the Industrial Technology Center in central Japan’s Fukui Prefecture. “But we’ve already been contacted by electronics makers and others who showed interested in our invention.” The fabric was made with the contribution of a Kyoto-based solar cell maker and other private companies, according to the official. 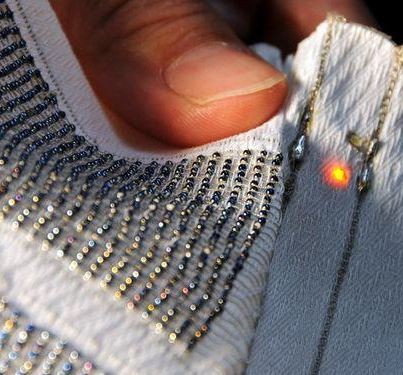 Now, we’re not really sure if wearable solar systems are really going to be ever plainly practical, but we could probably pull out other uses for this soft kind of flexible solar cell. You can for instance, use the fabric to create a large beach parasol! Not only would it shield you from the sun, but it could also power up your tablet computer or smartphone as you sit and relax at the beach, or in your home’s outdoor garden. Green energy is redrawing Japan’s attention after the country went through a devastating tsunami and nuclear accident at Fukushima last year. The international press described Fukushima’s disaster as “the worst nuclear accident in a generation”. 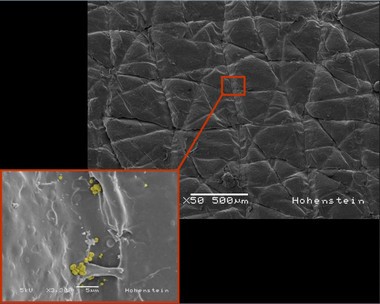