Membrane and nonwoven filters are widely used by the industry to separate solids from liquids or gases. Filters can range from the conventional, such as simple dust filters for air intakes, to the critical, such as dialysis filters to prevent kidney failure. In fact, there are more than 50 filters in a single car. The worldwide filter industry is expected to expand 5.6% through 2010 to a value of $45 billion.

Filtration media is generally selected based on reasons of cost, ease of processing and performance r equirements. Many different materials can be used, but where filters are intended for repeated use, it is vitally important that integrity and consistency of pore size is retained throughout a product’s lifetime despite the often harsh environments they are exposed to, including cleaning processes.

In order to achieve this level of reliability, reusable filtration media have traditionally been made from highly resistant and rigid polymers, such as polyvinylidene fluoride (PVDF) and polytetrafluoroethylene (PTFE). However, these materials tend to be fairly costly and would still benefit from complex chemical finishes to add further performance benefits. A more desirable scenario, therefore, would be to use cheaper, easily formed filter media and then modify the surface using an additional process to impart the desired liquid resistance.

Thanks to the pioneering work of P2i and its revolutionary liquid repellent nano-coating, it is now possible to enhance alternative, more sustainable filtration media – such as cellulose or nylon – to a level that matches, or exceeds, the performance of traditional, more expensive materials that are more difficult to work with. Indeed, using the widely accepted American Association of Textile Chemists and Colorists conventions, P2i’s nano-coating has been shown to create filters with the maximum levels of liquid repellency in both the AATCC 193-2007 water repellency test (resisting 100% isopropyl alcohol) and the AATCC 118-2007 oil repellency test (resisting n-heptane).

Using a special pulsed ionized gas (plasma), which is created within a vacuum chamber, the patented P2i technology attaches a nanometerthin polymer layer over the entire surface of a product. This dramatically lowers the product’s surface energy, so that when liquids come into contact with it, they form beads and simply run off. In filtration media, the P2i nanocoating increases oil and water repellency without affecting the material’s bulk properties or pore size distribution and, therefore, airflow. It has also been shown to exhibit improved cake release, no pressure drop or decrease in water entry pressure and a lower replacement frequency, meaning less waste. This allows products to perform at a much higher level in a wide range of application sectors, including biosciences, industrial processing, laboratory testing, food & beverage, electronics and water treatment, as well as opening up new applications altogether.

P2i’s technology is genuinely revolutionary for filtration because it solves so many of the industry’s traditional challenges. For example, until now the choice of filter material has usually been dictated principally by desirable bulk physical properties and ease of processing. In many cases, however, this has led to a compromise in material surface properties, which may not be ideal for the intended use, requiring treatment with complex chemical formulations and high curing temperatures. In turn that has led to manufacturing processes that are power hungry, time consuming, and limited to specific materials that will withstand the chemicals and high curing temperatures involved. These processes are expensive and can have significant environmental impacts.

P2i’s technology, by contrast, is low-energy, solvent-free and uses only tiny quantities of protective monomer, resulting in minimal waste and no adverse impact on the environment.

Plus, because the nanocoating is applied within a vacuum chamber, there is no release to the environment during processing and, since the nano-coating is molecularly bonded to the product, there is no wash off, leachables or extractables.

In addition to enhancing filtration media, P2i’s technology is also equally effective at treating the often complex structures they are formed into. For example, filter media are generally manufactured in 2D form though rarely used in this format. The sections required are cut into the desired shapes and configured into elements contained in housings. These can be used to form a larger system in order for the filter element or system to perform the desired function. Because P2i’s protective polymer is formed in a gas plasma, it permeates every exposed surface of finished filter structures, meaning that the membrane may be treated while sealed in a permanent housing. It also means that the same chemistry can be imparted to a wider range of media, including surface and depth filter media, woven and nonwoven textiles, membranes and media combinations created to form a filter medium, element or system format. Other associated benefits are increased liquid protection and greater working efficiencies in harsh environments, which in turn translates into benefits such as longer filtration life, higher performance (in terms of reduced pressure drop and higher particle capture efficiency), and pleatability. 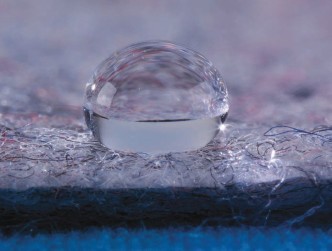 P2i’s technology can enhance the performance of a wide range of filter media and complete filtration systems.

Increasing environmental concerns, demands for product cleanliness and the growing need for contaminant reduction in sectors such as electronics, and medical and biological industries means the market for filters is growing rapidly. P2i’s liquid repellent nano-coating technology allows reusable filtration products to perform at a much higher level in their intended application through increased oil and water repellency without affecting airflow, porosity or other crucial indicators, such as cake release. Furthermore, this multi-patented innovation is cost-effective and environmentally friendly for enhancing cheaper filter mediums, such as cellulose or nylon, without compromising performance. Both the wide variety of filter media and the complex structures involved make the P2i enhancement process highly sought after. The company is already working with some of the world’s leading filtration manufacturers and has been providing processed media into the market place for more than six years. 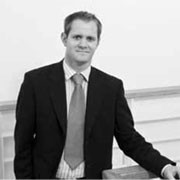 About the Author : Stephen Coulson, Ph.D., is the Chief Technical Officer of P2i. Mr. Coulson invented the P2i technology while carrying out his Ph.D. at Durham University on ‘Liquid repellent surfaces’. He was consequently employed by the MoD to set up a plasma capability and further scale-up the patented technology for industrial applications. In 2001, Mr. Coulson moved into project managing the UK Nuclear Biological and Chemical clothing program, but continued to exploit the plasma technology for a range of commercial applications. Mr. Coulson was the founding member of P2i when it was formed in January 2004 and has more than a decade’s experience in advanced material sciences and plasma processing.