If you’ve always wondered about the advantages of hemp in regards to paper, textile, and food purposes, check out this infographic from ounodesign. It’s easy to see hemp’s dominating environmental sustainability and strength as compared to cotton:

Pesticides: Hemp requires none, while cotton accounts for 16 percent of global insecticide releases. Cotton is the highest single insecticide-releasing crop in the world.

Production per acre: It takes less land and water to grow hemp than cotton, plain and simple. How can this be a negative aspect in any way?

Strength: Hemp has triple the strength of its cotton, making it perfect for paper products and clothing.

If the environmental benefits of producing and using hemp are still not convincing enough to prove its superiority over cotton, consider the fact that production per acre is three times higher than cotton. Again, how can this be a bad thing?

There was a time when the hemp plant was a major part of the foundation of American success. In fact, hemp was such a necessary and profitable commodity that farmers were actually required to grow hemp per a 1619 act. It was illegal to not grow hemp during the 1700s. Hemp farmers include Thomas Jefferson, George Washington and Ben Franklin. Hemp was recognized for the sustainable, nutritious, and profitable product that it truly is.

Will hemp make a comeback and be recognized once again for its many advantages? It looks like there may be a bright future for the industrious plant. Senate Bill 3501 could very well enable the return of hemp being grown on American farms once again, which would be exactly what this country needs now. Hemp makes sense, and it clearly benefits everyone and everything.

Plastic is so yesterday. #Hemp is the future. Everything Plastic Can Be Made From Hemp.

The U.S. Department of Agriculture (USDA) has announced the final rule regulating the production of hemp in the United States. It incorporates modifications to regulations established under the interim final rule (IFR) published in October 2019. The modifications are based on public comments following the publication of the IFR and lessons learned during the 2020 growing season. The final rule is available for viewing in the Federal Register and will be effective on March 22, 2021. 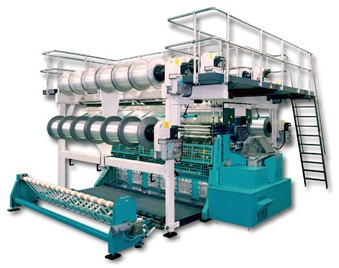