AEC , on behalf of the footwear components sector, sends a statement in which it highlights that companies in the footwear and footwear components sector continue to suffer the negative impact of the pandemic that has ravaged the industrial and commercial activity decreasing the productive capacity and its recovery. AEC is the acronym of the Spanish Association of Components, Tanning and Machinery for Footwear and Leather.

Companies in the footwear and footwear components sector continue to suffer the negative impact of the pandemic that has wreaked havoc on industrial and commercial activity, reducing production capacity and its recovery. 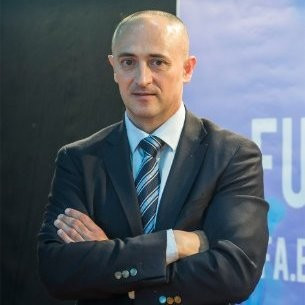 Default is being one of the factors that worries companies the most, which is hurting the income statement even more and puts at clear risk the treasury capacity to be able to maintain its commercial and industrial activity. This has been stated by the companies associated with the AEC Footwear Components Association. Álvaro Sánchez Concellón, General Director of AEC – Spanish Association of Component Companies for Footwear Elche, Valencian Community, Spain – affirms that companies run the risk of closing due to the impact of unpaid payments. This is not the usual reality in our sector, which under normal conditions maintains a certain regularity in the cash collection and payment account. But since the credit insurance companies that rate the commercial risk of companies, continue to influence negatively by having lowered the risk rating of companies by as much as 50%.

According to the Study of Credit Risk Management in Spain, 49% of Spanish firms face significant income losses due to bad debts and 21% register an increase in their financial costs. In addition, 12% are forced to limit their new investments and 15% to stop their commercial expansion.

With these data, from AEC on behalf of the Footwear Components Sector, one of the most affected in the fashion sector throughout the entire value chain, we are going to request the Administration to deploy the mechanisms and Economic and financial measures necessary to prevent risk companies from lowering their clients’ classification again, as they did at the beginning of the pandemic, which meant a significant loss of clients. To reverse this situation, from AEC we want the Government to promote measures that avoid strangling the commercial activity of the sector, which at the moment they maintain both nationally and internationally.

Since April 2020, our companies have shown us a clear concern about this practice that is currently being maintained, since the cause of reducing or eliminating credit to companies and having reduced the risk, translates into a very negative effect that it continues to weaken the commercial activity of companies in our sector. At the time the complaint was direct from AEC to the credit companies and the administration, but now we have to warn again that if this situation persists the impact will be regrettable.

According to the companies of the components for footwear, after the survey carried out by the Association to all industrial companies nationwide, one of the biggest concerns is the control over delinquency, since this continues to be a risk for business activity ; given that non-compliance with the agreed payments generates significant liquidity tensions in a situation such as the current one and is especially destabilizing in the operations of smaller companies. If a commercial credit sale is defaulted, the loss will be equal to the product’s production costs, which will imply an immediate loss of profit margin. To avoid this situation, it is necessary to multiply the number of sales to solvent customers, this being the only solution to be able to compensate for the loss.

If the commercial margin of a company is 10% and it suffers a default of 100,000 euros, it will have to generate sales again for a value of 1,000,000 euros to be able to offset the impact of the losses of the 100,000 euros that it stopped receiving … which entails that in the end the commercial activity will be clearly reduced and the opportunity to face these losses will be less and less, leading to the fact that competitiveness, quality and employment are affected, further impoverishing the company.

If this situation is not controlled, business activity will be lost, so from AEC we ask the Government to intervene and regulate the practice of companies that cover the risk at this time, to avoid being strangled even more. That they do what they want, that they inject more money to prevent commercial activity from collapsing, that they refinance the debt with the credit companies, avoiding the deterioration of the commercial and economic activity of the business fabric of our country, but that they do something, because otherwise when the pandemic ends we will not have companies left. We must remember that the size of our companies is small and at this time they need commercial credit under favorable conditions, otherwise we will be left without clients and without companies.

and the government’s indecision to extend aid and implement a restructuring and recovery plan for the economy, which when it comes, if it comes, will be too late; to which must be added the lack of control of the entry of products from third countries that do not comply with international standards of international trade, … are still pending tasks.

From AEC our concern is maximum, for this reason we ask the National, Autonomous and Local Government, to rectify and remedy the error made by not having included in the RDL 05/2021 the CNAES of our sectors. If they are not going to solve it, we ask them to tell us and to help us immediately implement a strategic plan for the Footwear and Footwear Components sector, providing it with forceful and effective measures that help to reverse the current situation of the sector and to modernize our industry.

At this time it is necessary and a priority to protect the business, labor and social fabric of our sector. For this, an exclusive plan must be designed and implemented, equipped with sufficient measures at the economic and financial, industrial and labor levels that protect and modernize our industry, commerce, training and employment, helping to recapitalize the sector and put it back again. on the path of growth. This national sectoral plan must be endowed with direct aid to companies that favor investment in R + D + i and sustainability. You must considerably increase the budget for internationalization through the sector plan that we manage from the associations,

Additionally, it is necessary to implement a more flexible fiscal policy that adapts to the real needs of companies and the taxpayer so that the recovery is faster. Facilitate the creation of joint ventures reducing risks. Launch a modernization plan for our industrial fabric based on the new Industry 5.0., Which will lead to disruptive changes through digitization, Artificial Intelligence and the internet of things. Allocate aid to promote sustainability. Allocate sufficient funds and measures to eliminate the shadow economy, accelerate the return of VAT payments to companies so that they have greater liquidity in the short term.

Encourage the consumption of our products, being necessary to lower the VAT to the reduced rate of 10%. Reduce the tax burden on companies and increase aid for investment in productive, profitable and durable assets.

Provide greater openness and ease of access to the Next Generation Funds of the European Union, since our companies are small and it is not easy to create a consortium of 5 companies that start projects with a minimum investment of 40 million euros.

This plan for the Footwear and Footwear Components sector, requested by AEC, has to help us resist and rebuild the sector. It has to stimulate the incorporation of new technologies, but it also has to allow us to regain confidence. We must not forget that the industrial sector in our country represents 14% of GDP and 2.2 million jobs. Of which the fashion sector represents 126,000 jobs in Spain and 3.9% of Spanish GDP, with footwear and footwear components being the largest exporter and one of the most innovative and dynamic, representing more 45,000 jobs altogether. 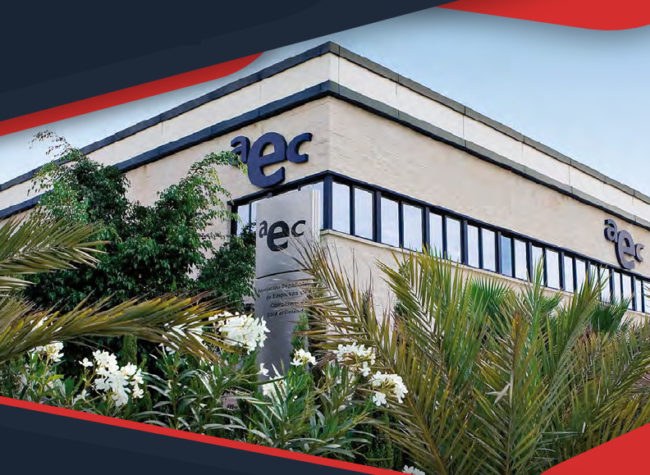 AEC – The Spanish Association of Components, Tanning and Machinery for Footwear and Leather – was set up on February 22, 1999, as a result of the union of associates capable of addressing the challenges of the 21st century, and with the primary function of representing and defending the interests of the associated firms and that today has become the only valid reference of a Booming Sector.

The main objective of AEC is to represent companies and act as an interlocutor before the public administration, as well as other national and international organizations and companies,

Today there are about 250 firms that are associated with AEC and that make up this industry from different subsectors , such as: synthetic materials and textiles, lasts, heels and soles, components, accessories and metallic ornaments, machinery and equipment for footwear , chemicals, hides and skins, packaging and even modelers. 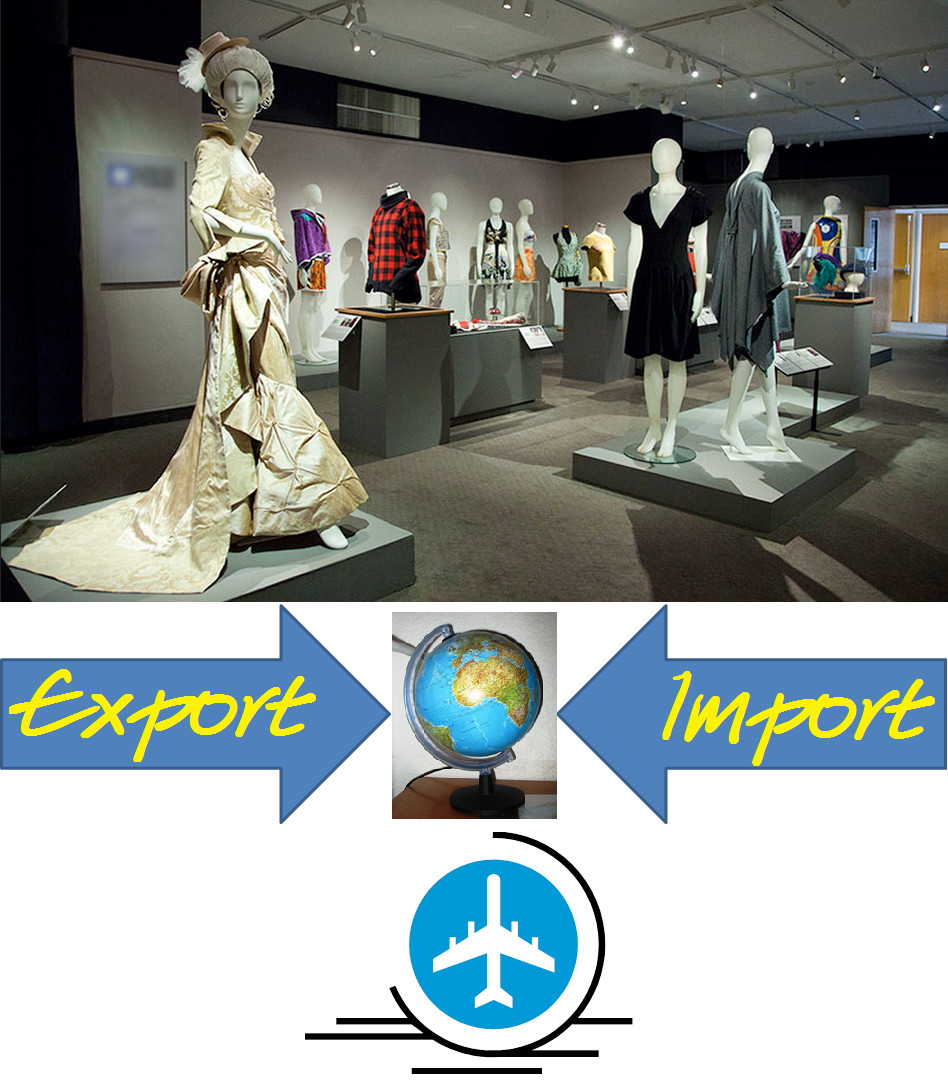 The Bangladesh Bank Announces Debt Consolidation Loans: Getting a Loan, Even With Poor Credit