What does Biden win mean for Bangladesh’s apparel sector?

Democrat Joe Biden won the 2020 US Election and is set to enter into the White House as its 46th president in January 2021.

A Biden administration could mean lots for the global economy as he pledged to strengthen the multilateral trading system kicking out the Trump administration go it alone policy.

It is said that the global trade may be stabilized with the probable policy shift by the Biden administration.

As the single largest export destination for Bangladesh’s apparel goods, the United States of America matters for the country’s trade and economy.

Since the new president pledged to strengthen rules-based multilateral and bilateral trade systems and cool down the trade tensions, Bangladesh’s apparel exports will be benefited, said experts while talking to Textile Today.

It may open a new window of opportunity to negotiate for the restoration of the suspended Generalized System of Preferences (GSP), they hoped.

On the other, under the leadership of Biden, the US economy will revive and would create new demands for consumer goods. This would ultimately increase Bangladesh’s apparel exports to the country. 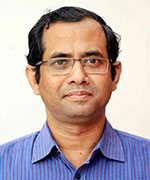 The implementation of the new plans would improve the unemployment situation and people will get jobs. New employment will create demands and opportunities for exports and imports more goods from Bangladesh, said the economist.

On top of that, Biden hinted to restore a multilateral trading system, which was disrupted by the Trump administration. So, the probable ease in global trade will create an opportunity for Bangladesh to export more apparel goods to different markets including the US, said Moazzem. 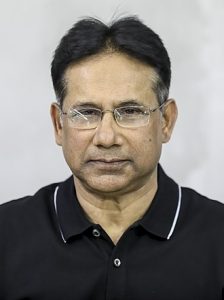 “The win of the democrat is good news for Bangladesh as the Trump administration’s go it alone policy squeezed the demands of goods in US markets,” Abdus Salam Murshedy, President of Exporters Association of Bangladesh (EAB) said.

As the Biden administration would focus on new employment generation, this will increase people purchase power pushing the demands up and as the second-largest exporter of apparel goods Bangladesh will get benefits from the fresh demands, said Salam, also a former President of Bangladesh Garment Manufacturers and Exporters Association (BGMEA)

On the other hand, the Biden administration hinted not to restore the transpacific partnership (TPP) inked by the Barak Obama, which is a good sign for us as there was apprehension that the Democrat can return to the pact, he added.

During the January-September period of 2020, Bangladesh’s trade with the United States stood at $5.91 billion.

Bangladesh imported goods worth $1.34 billion during the first nine months of the current year.

As per the US Department of Commerce’s Office of Textiles and Apparel (Otexa) data, during January-September of 2020 Bangladesh’s apparel exports to the US declined by 13.23% to $3.95 billion, which was $4.56 billion the previous year.

In line with the US Indo Pacific Strategy, Bangladesh in recent times has become increasingly important in the region and an important trading partner.

Also, Bangladesh is one of the fastest-growing economies in the world. By taking advantage, Bangladesh can restart negotiation with the Biden administration for the restoration of GSP, experts opined. 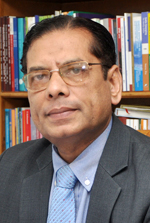 “After the suspension of GSP in 2013 by the former President Barack Obama, there was no development in negotiation with the Trump administration to restore the trade facilities,” said Prof. Mostafizur Rahman, a distinguished fellow at Centre for Policy Dialogue (CPD).

Under the Biden administration, there may be an opportunity for Bangladesh to restart negotiation for the withdrawal of GSP suspension as there is an improvement in safety standards and workers’ rights in the apparel sector, said the economist.

How to increase apparel export to US 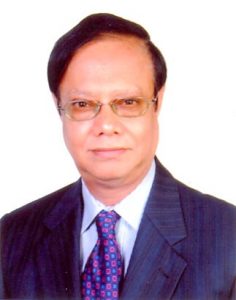 “US companies are interested in investments in Bangladesh, which is a great opportunity for us. We have to attract investment from the US investors in the apparel sector especially in value-added products as it will create new opportunities to enter the markets,” Ahsan H Mansur, Executive Director of Policy Research Institute said.

The investors will lobby for duty-free market access for their benefits and this will ultimately bring benefits for Bangladeshi exporters also, said the economist.

In reaping benefits from the Biden administration, Bangladesh has to address its shortcomings such as human rights, labor rights, workplace safety and good governance, he added.

TICFA could be a tool for GSP retention and Bangladesh has to place the demands in the next meeting by representing the progress made in workplace safety and labor rights.

However, business people also emphasize bilateral talks in gaining from the new administration under the leadership of Biden.

In gaining more from the new leadership, Bangladesh has to concentrate on negotiation as there won’t be much change in trade policies, said exporters.

We have to identify new windows of opportunity to export more apparel goods to the county. In this regard, the government has to play an important role to explore new opportunities, they added.