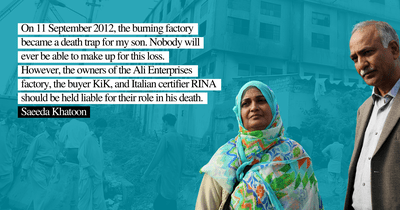 Eight years after more than 250 people died in Ali Enterprise garment factory fire in Pakistan, the court verdict ignores systemic failures in the garment industry. On Sept 22, an antiterrorism court in Karachisentencedtwo ex-Muttahida Qaumi Movement workers to death in the Baldia factory arson case while the factory’s four gatekeepers were sentenced to life term. The factory owners walked out without a sentence. German retailer Kik was the main buyer at the time when the fire broke out.

Neither the factory owners nor the main client, German retailer KiK, had an incentive to improve the factory safety as the factory was certified as safe according to the Social Accountability International SA8000 standard by Italian auditing company RINA. This certification was extended just weeks before the deadly fire. The auditing system makes profits on the basis companies’ need to show that they are doing “something” in the field of workplace monitoring and thereby protects companies rather than actually changing working conditions for the better. Legal systems have so far failed to hold auditing firms accountable for their deadly reassurances.

The widowed Saeeda Khatoon, who also lost her only son in the tragedy, told newspaper Dawn: “The factory had no escape routes, and extra or back exits if there were any, were all blocked or locked. Still, if it is being said now that the tragedy was a result of terrorism, then the factory owners are the greatest terrorists here”. 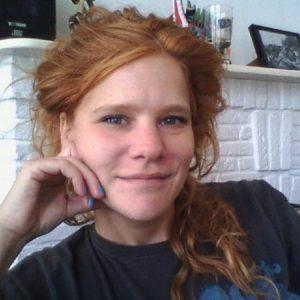 MIrjam van Heugten from Clean Clothes Campaign says: “This fire was not an incident. All victims could have been saved if not for blocked doors, barred windows and a failing audit industry. It is high time that multinational companies are held legally accountable for their behaviour in their supply chains, including attention for factory safety which is still very much lacking in Pakistan up to this day. This could be through mandatory human rights due diligence as proposed by EU Commissioner Didier Reynders or the supply chain legislation as discussed in Germany, as well as through regulation bringing legal liability of social auditing firms.”

In 2018, families affected by the Ali Enterprises factory fire, together with a coalition of Pakistani and European trade unions and NGOs, filed a complaint against RINA to the Organisation for Economic Co-operation and Development (OECD) National Contact Point (NCP) at the Ministry for Economic Development in Rome. RINA should observe the OECD Guidelines for Multinational Enterprises. In line with these guidelines, the complainants have urged RINA to publish the original audit report and provide remedy and an apology to the families. The complainants call upon RINA to use this moment to make up for its mistakes of the past and start bringing some form of justice to the families.

Nasir Mans­oor, general secretary, Natio­nal Trade Union Federation (NTUF) explained in the article in Dawn “that the main issue here was not whether it was an arson or accidental fire, but that the factory was not fitted with a proper firefighting system. All exits of the factory including its windows had iron bars. The firefighting equipment present there was not in working condition. The workers were not provided any training or drills to help them face emergencies. Even the factory was working illegally. Its construction design was not approved from the departments concerned, and these were the main reasons that resulted in the death of over 260 innocent workers.”