In the June 10 press statement, PE&D said the CBCCs were designed for child safety and equipped with adapted materials and toys to create a stimulating environment for them. The services are open six days a week to adapt to the parents’ work schedules.

So far, four CBCCs have been built and five locations for new centres have been identified. The project plans to open 14 CBCCs near the garment workers’ homes.

It said since May 3, a total of 34 babies and toddlers have been enrolled for care. They are now slowly getting familiar with their new environment, meeting their caregivers, discovering new toys and enjoying delicious and nutritious meals freshly prepared by CBCC cooks.

To ensure the quality of care and safety for children, CBCC staff are trained for three weeks by the team at PE&D on various subjects such as child protection and development, space management, care routines, first aid, cooking and so on. 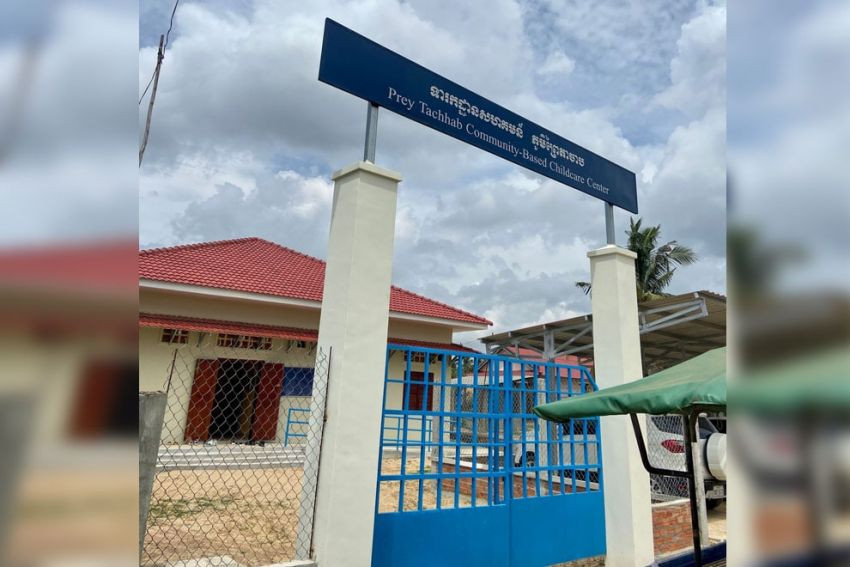 “The quality of early childhood care is a key for the future of the children and their well-being” said Stephanie Selle, Country Director in Cambodia of PE&D. “I am so proud to contribute to this new service in Cambodia and grateful to the parents for their confidence”.

According to PE&D, the CBCC project is funded by the Japan Social Development Fund, administered by the World Bank and implemented by PE&D. It works closely with the government and the commune officials in charge of oversight of daycares.

CBCC is set up to provide high quality, affordable and sustainable childcare services for the children of garment workers. It enables parents, especially mothers, to have the opportunity to work and earn an income even when they have young children.