From 13 to 16 August 2013, with the full support of Indian agent A.T.E. Enterprises Private Limited, FONG’S hosted the 2013 FONG’S Indian Customer Day in China, aiming to update and share Fong’s modern and complete one-stop dyeing and finishing solution to our esteem customers from India. Most participants were factory owners, technical experts and industry professionals such as Arvind, Mafatlal, Shahi Export, MI Industries… 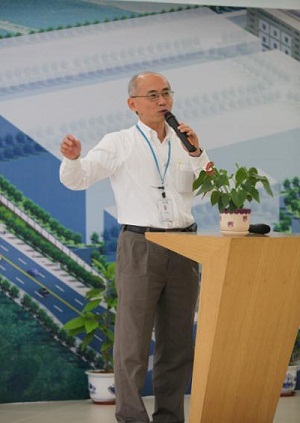 Around 70 Indian customers from different regions of India who joined the event already endorsed the program as a great success despite the high winds and torrential rain brought by Typhoon Utor, and showed enormous interest in a green and modern dyeing and finishing solution offered by FONG’S, THEN, GOLLER and MONFORTS FONG’S.

Through the event, the latest technology was presented on 14 August as well as the latest legendary THEN SYNERGY 8 high temperature airflow dyeing machine was unveiled at FONG’S Application Technology Center, and FONG’S production plants and workshops were also open to visit.

Celebration of India Independence Day while Aboard 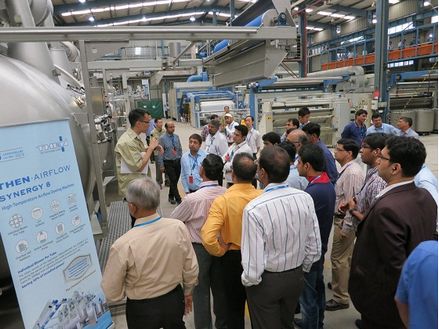 On 15 August, A.T.E. and FONG’S staff arranged a small ceremony with all customers in hotel lobby to celebrate their Independence Day before departure to visit various dyehouses.

All Indian customers held the Indian flags and sang their National Anthem to memorize this important day although they were aboard.

Three local dyehouses, namely, Kam Hing, Yong Sheng and Dunhuang Textile all agreed to open the gates for FONG’S customers. Our Indian customers were able to have a detailed visit to some of the famous success cases of FONG’S, THEN, GOLLER and MONFORTS FONG’S. The managements of the dyehouses led the factory tour and gave a detailed introduction concerning factory operation and FONG’S machines stable performance.

On 16 August, all Indian customers paid a visit to Zhongshan MONFORTS FONG’S factory, a word-class operation. Upon arrival at the meeting hall, Mr. Alex Wan, Executive Director of FONG’S, delivered the welcome speech to all participants. “There is often being fortunate raining when distinguished customers are here,” said Mr. Alex Wan, winning applauses from the whole audience.

The following factory tour was led by Mr. Boby Loo, General Manager of GOLLER. Through around 1 hour factory tour, customers had a thorough understanding of the current outlook, production capacity and future mapping of Zhongshan MONFORTS FONG’S factory.

The event was started by Mr. Walter Leung, Sales Director of FONG’S to give a corporate update about FONG’S group. 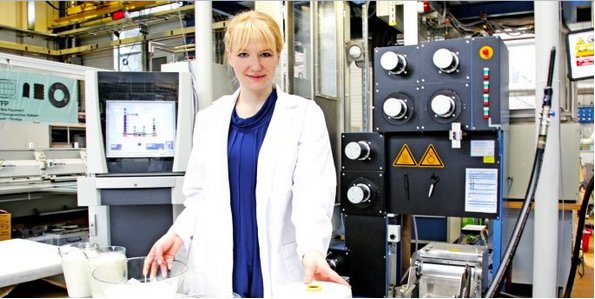 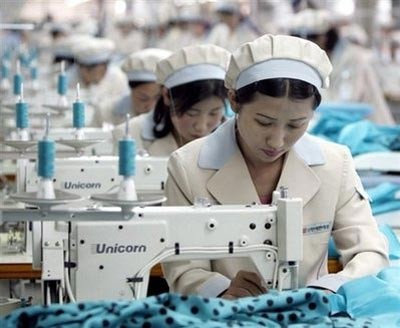 Our Core Mentality Of ‘Chalta Hai’ Continues In Digital India Technology Development and Sustainability: The New Era of Textile and Fashion Industries