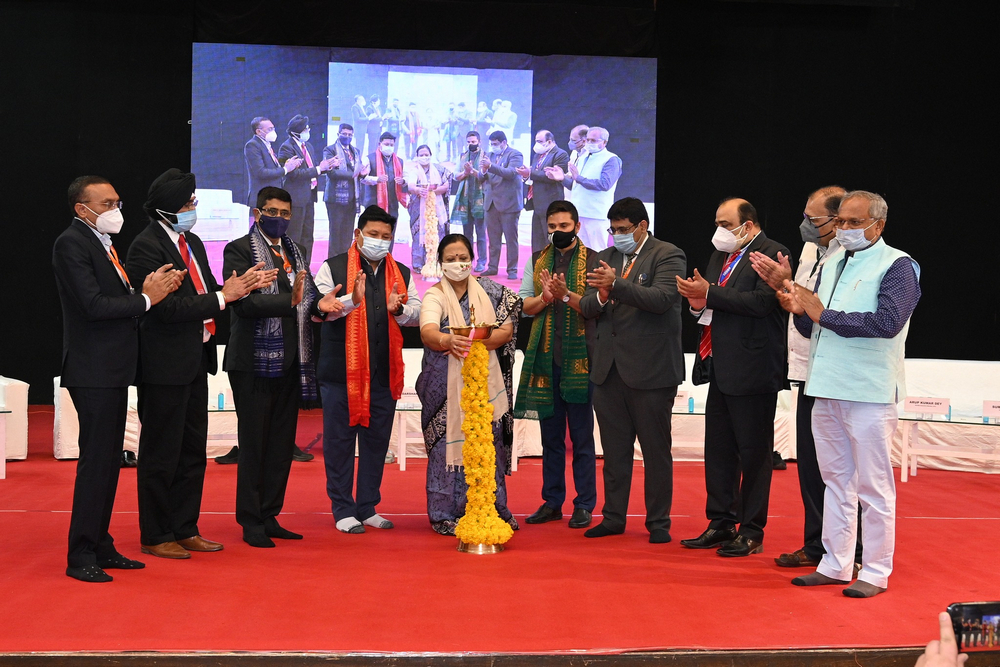 Diamond and textile industries are like pillar for Surat and the right medium to inform industries about advanced technology is exhibition : Minister Darshana Jardosh

The Chamber will conduct an MOU with them to upgrade the skills of entrepreneurs associated with the textile weaving industry in Bodoland, transfer technology and install sophisticated weaving projects.

The need for perfect combination of Men, Machine and Scale has arisen to meet the demand of India’s products. Hence Sitex exhibition will play an important role in coordination in this direction : Ashish Gujarati

The expo started with strict compliance of Covid-19 guidelines under which mask and hand sanitizer are arranged by the chamber and social distancing is being followed. On the first day, B2B Buyers were admitted according to 1/6th capacity of Exhibition Center at Surat. The Southern Gujarat Chamber of Commerce and Industry and Southern Gujarat Chamber of Trade and Industries Development Center at the Surat International Exhibition and Convention Center located in Sarsana. Surat International Textile Expo – Sitex’ is being organized for three days from 8th to 10th January. 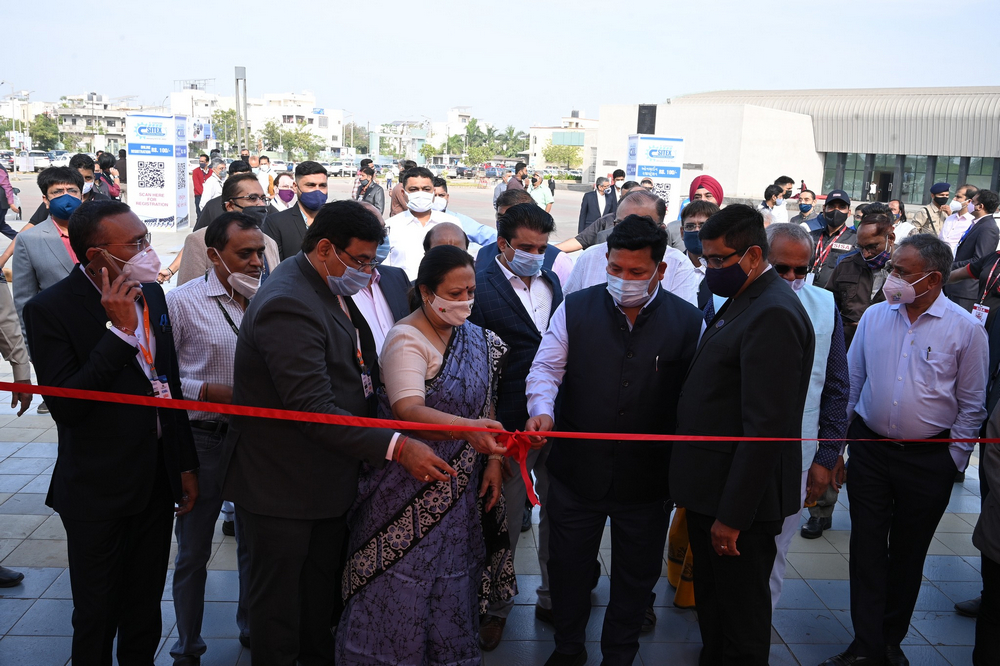 Chamber president Ashish Gujarati welcomed the participants at the inauguration ceremony of ‘Sitex-Expo’. He said: “India is continuously developing economically and due to that the demand of India’s consumers can change. The people of India are going through demography changes. So the domestic market is set to be above $400 billion in the near future, which is currently estimated at $150 billion. After Covid, the whole world has adopted China Plus One policy. Due to which the demand for products in India is increasing rapidly worldwide. For example, the order of sheets made from micro polyester in hotels and hospitals around the world, which was first received by China is now shifting to Surat. So there is a huge jump in demand for Indian products. The need for perfect combination of man, machine and scale has arisen to overcome this situation. This exhibition will play an important role in coordination in this direction.”

He added that the Chamber will be conducting an MOU with the Bodoland Territorial Council to upgrade the skills of entrepreneurs associated with the textile industry in Bodoland, transfer technology and install sophisticated weaving projects. Bodoland entrepreneurs currently manufacture only textile. Thus the textile industry of Surat under the chamber will help them to move ahead in the value chain by manufacturing readymade garments and other items. 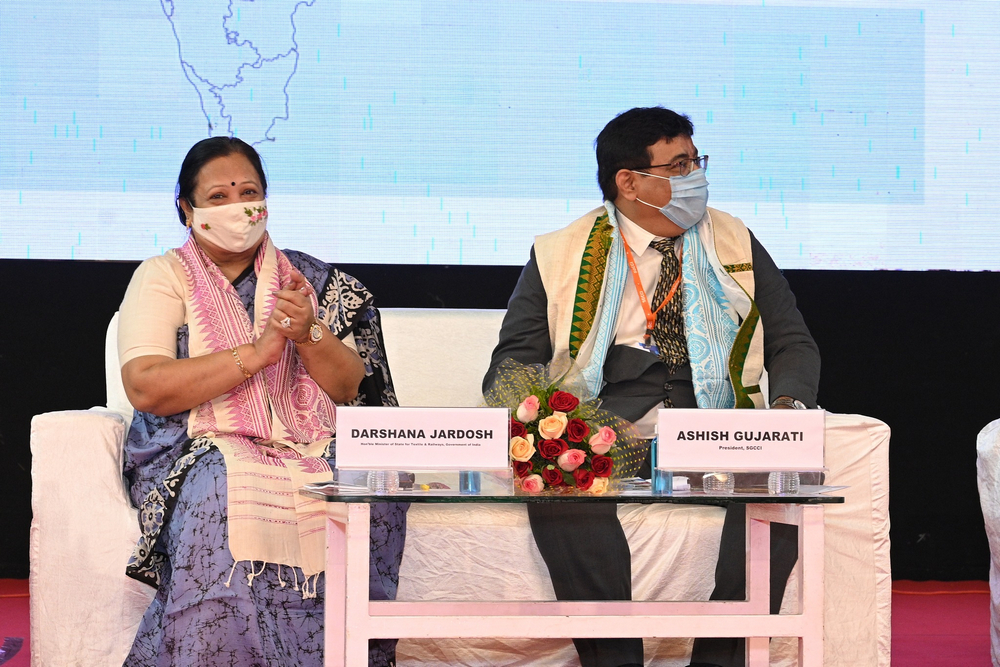 Textile and Railways Minister Darshana Jardosh said: “Industries will also have to adopt advanced technology to become world class and competitive. India is now moving towards becoming the major global supplier. Diamond and textile industries are like pillars for Surat and the right medium to inform industries about technology is exhibitions. The Chamber’s Sitex exhibition will be hugely beneficial for the textile industry to move in the direction of development. Ms. Jardosh is the first minister to visit Bodoland in December. Seeing the skills of Bodoland’s handloom sector she suggested Pramod Boro to join The Southern Gujarat Chamber of Commerce and Industry to upgrade to technology. 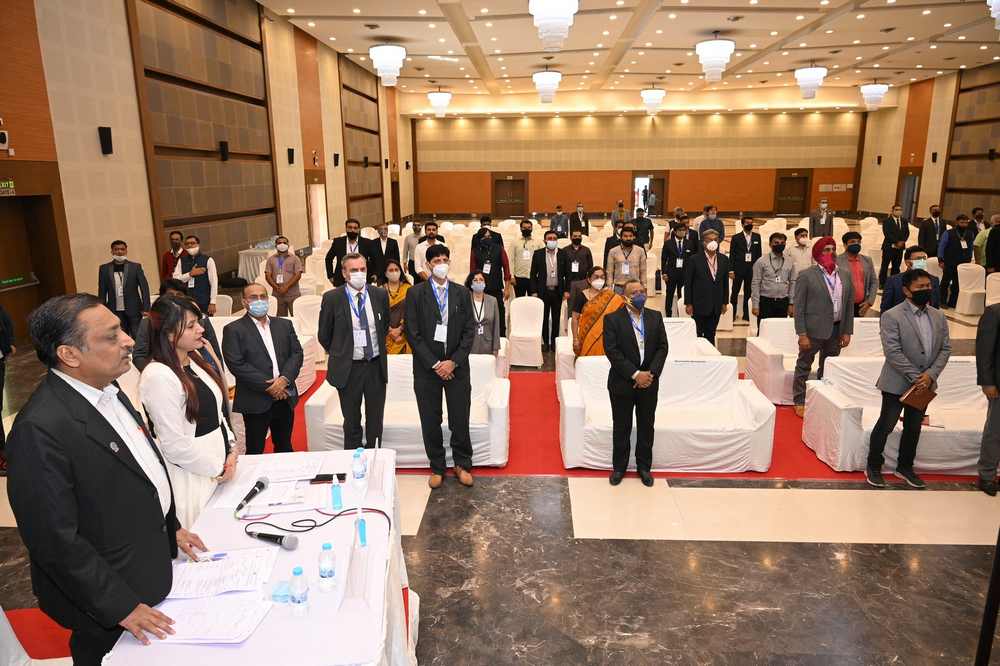 Ms. Jardosh, addressing the textile entrepreneurs, said that the government has solved the problem of GST through dialogue and in future also will continue to engage with them. Therefore, she suggested various organizations of textile sector to submit suggestions from across the country to the Bommai Committee. Referring to the PLI scheme, industries should be involved in various schemes made by the government for them, she said. She also recently discussed the industry’s problems in a meeting with Union Textile Minister Piyush Goyal and various stake holders. 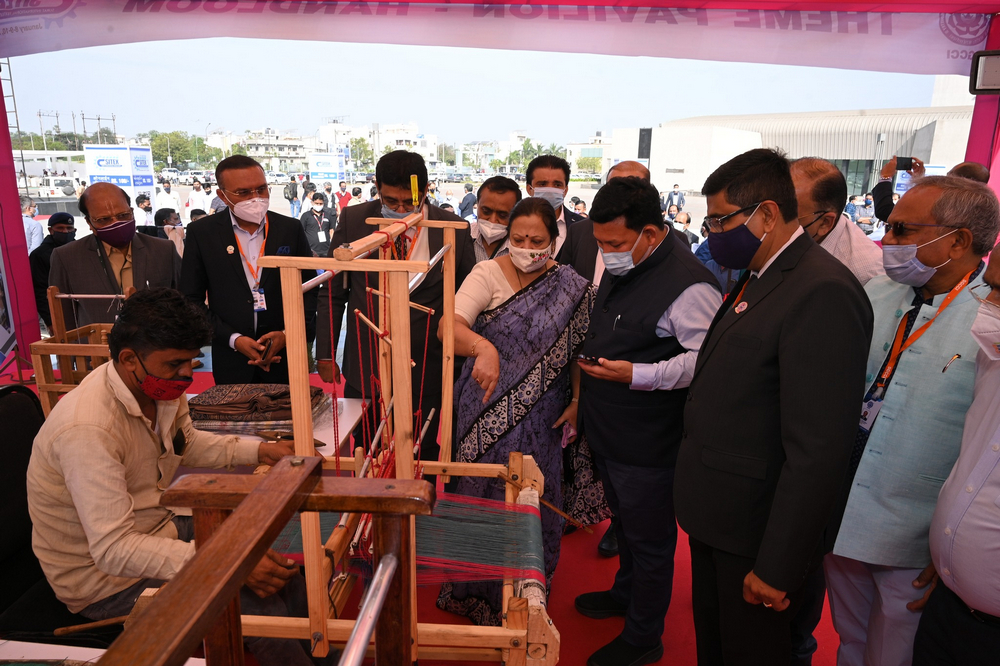 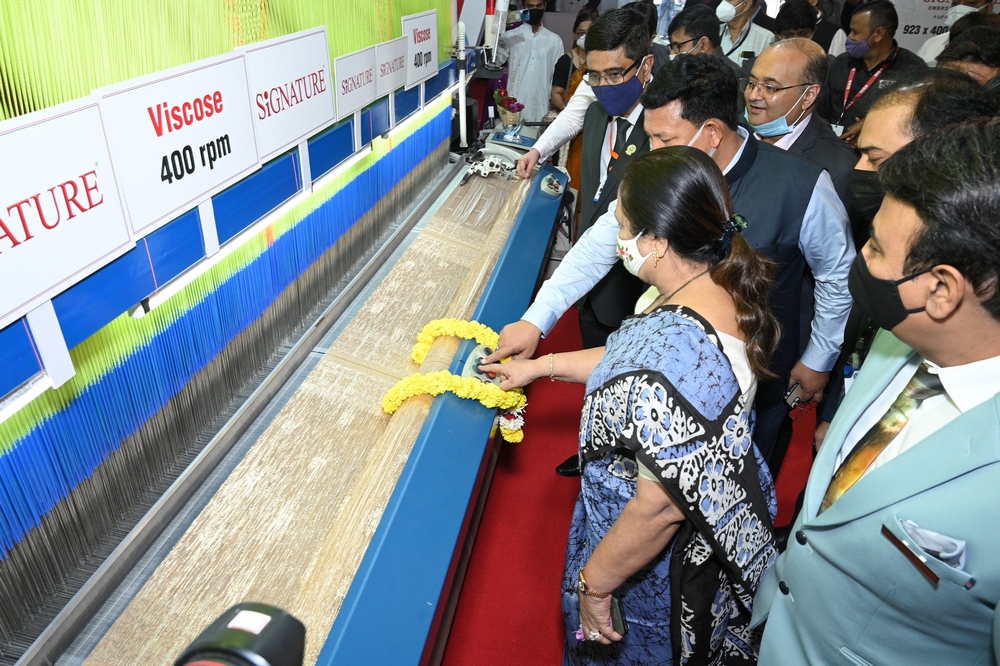 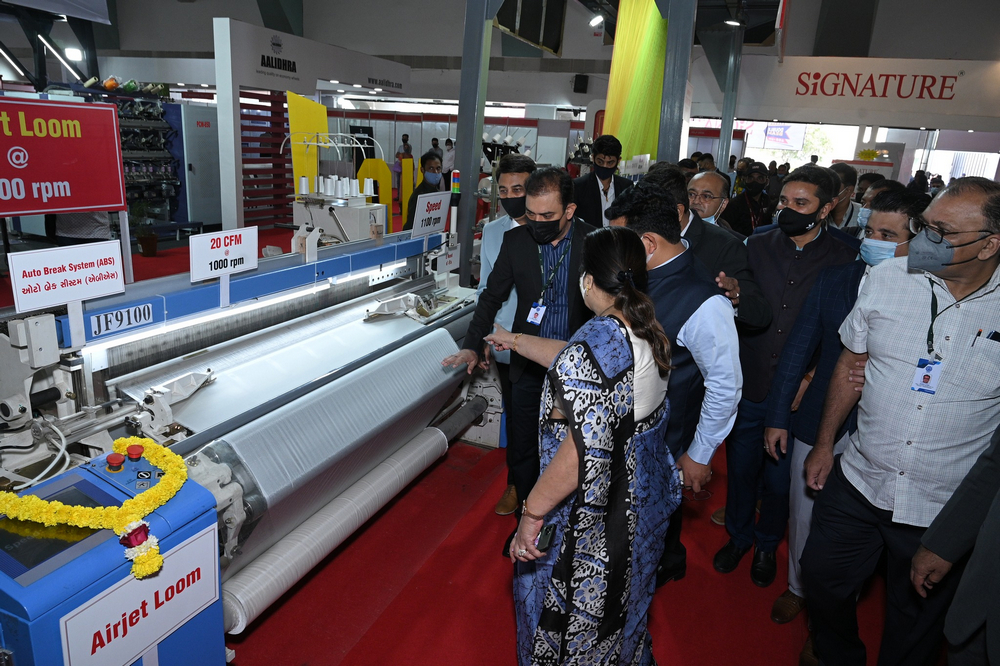 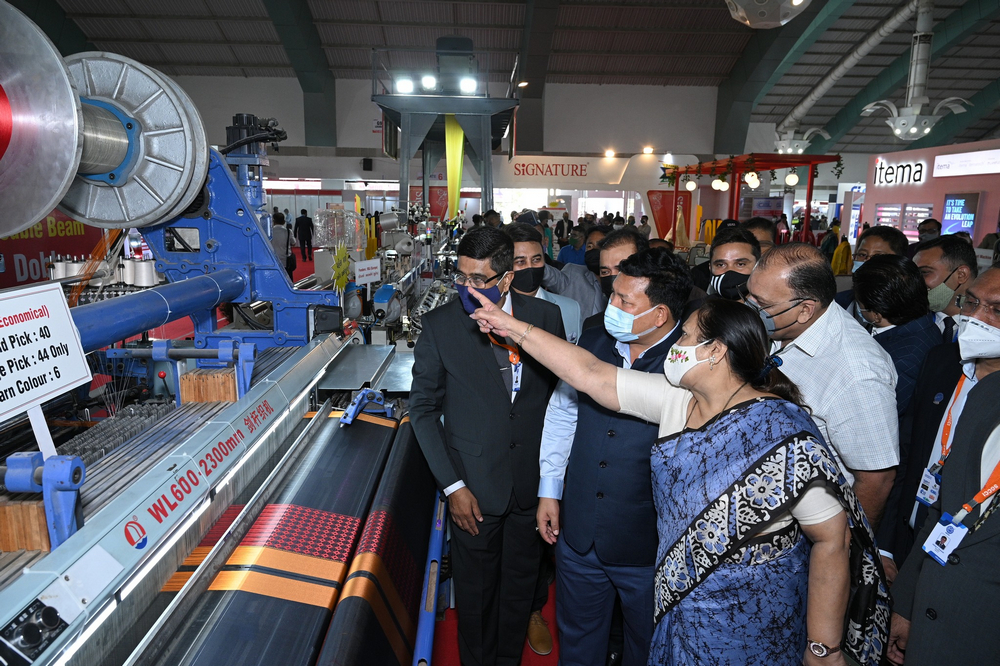 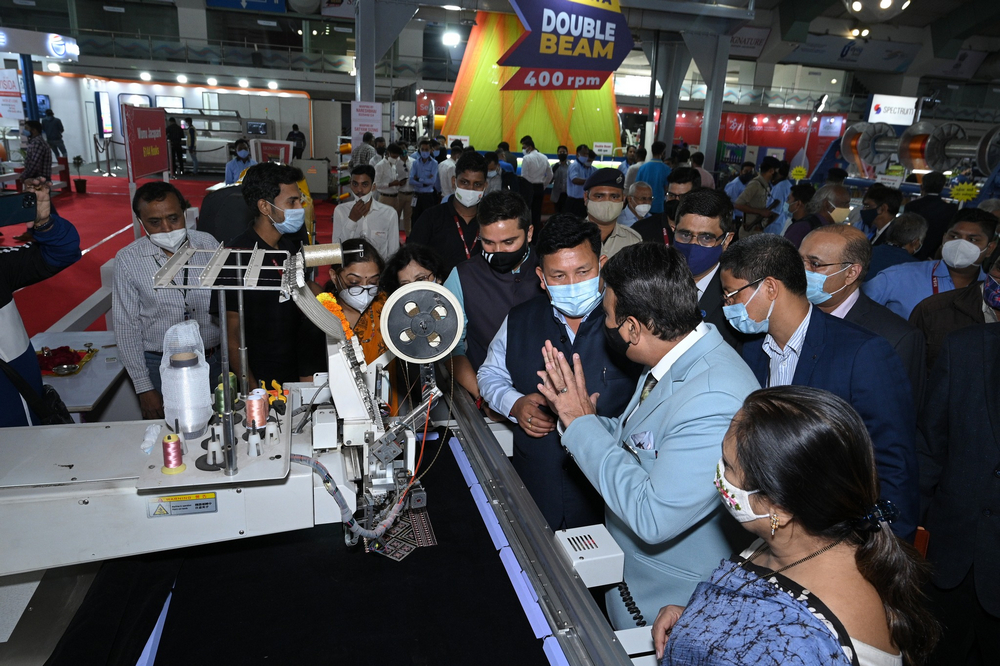 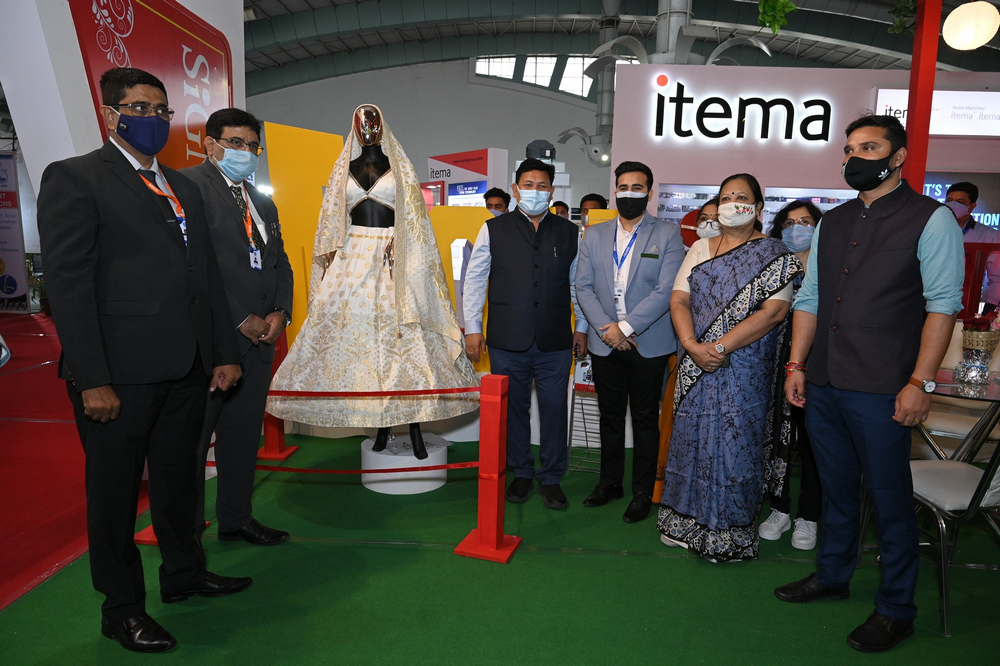 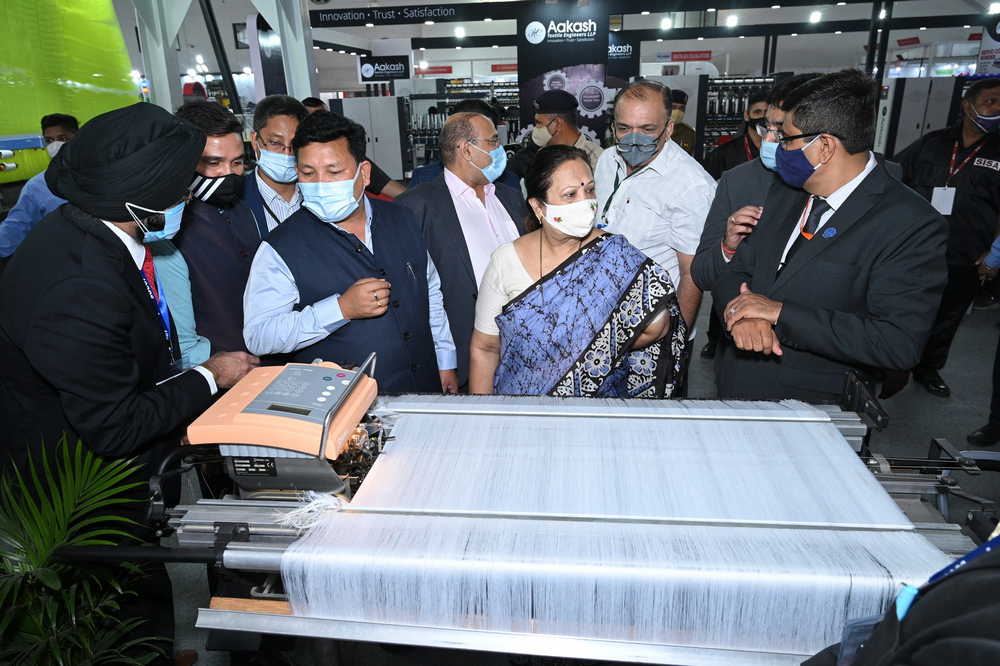 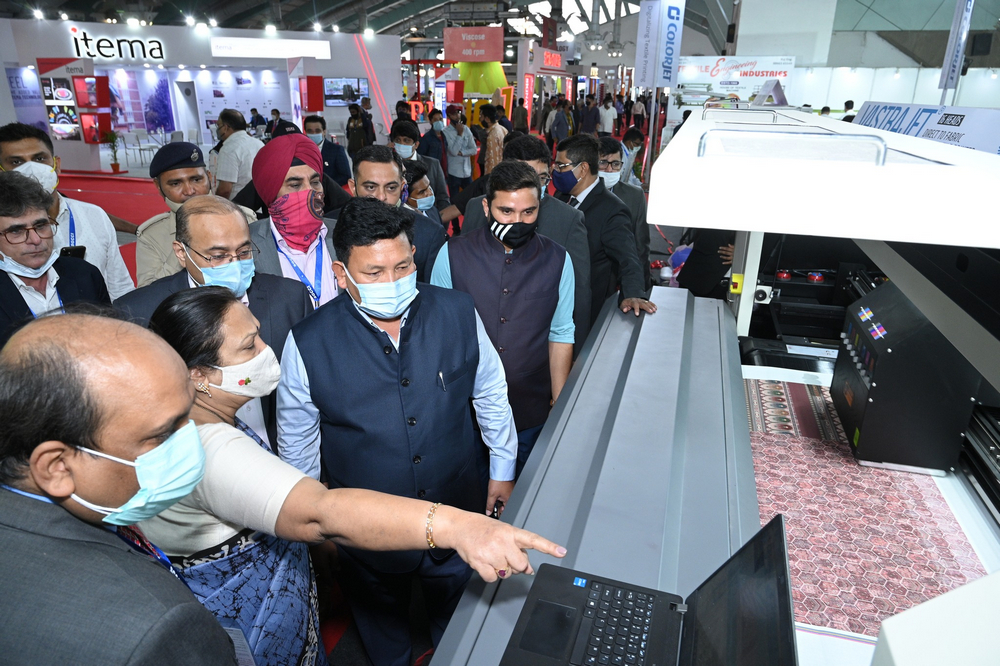 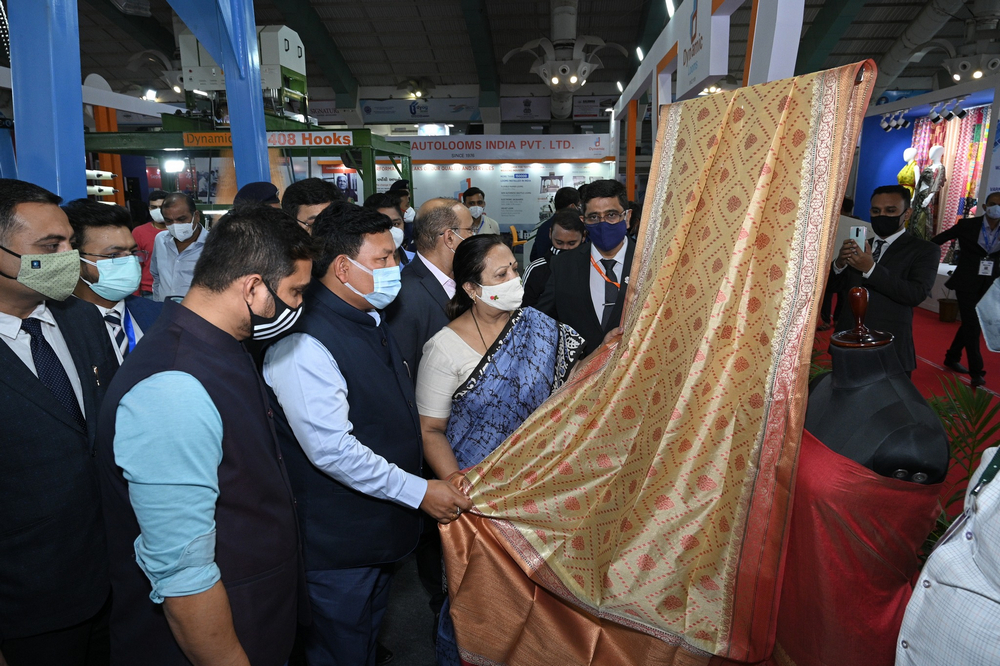 Bodoland Territorial Region- Assam Chief Executive Member Pramod Boro said that after being independent, he is now moving towards connection, correction and direction. Handloom work has been done over the years. There are 5 lakh weavers but no technology. Thus trying to link these weavers to technology. Surat uses advanced technology in textile industry and Surat is advancing in technical textile. So they have come for a special visit to the Sitex Expo held by the chamber. The Bodoland government will have an MoU with the Chamber and try to technically develop the weavers there.

(Indonesia – Bangladesh – Sri Lanka and Nepal) ITEMA Group General Manager – Sales Head Sameer Kulkarni said that Surat’s textile entrepreneurs adopt good and advanced technology. The most rapier looms are also installed in Surat which makes good fabric. This is also necessary to move one step ahead in the market and Surat is also one step ahead. Sarees, the symbol of Indian culture, are also made more in Surat.

“Textile machinery and accessories are being exhibited in more than 10,000 square meters at ‘Surat International Exhibition and Convention Center located in Sarsana,” Chairman Suresh Patel said.

At the end of the inauguration ceremony, the vice president of the chamber Himanshu Bodawala concluded the ceremony with vote of thanks.