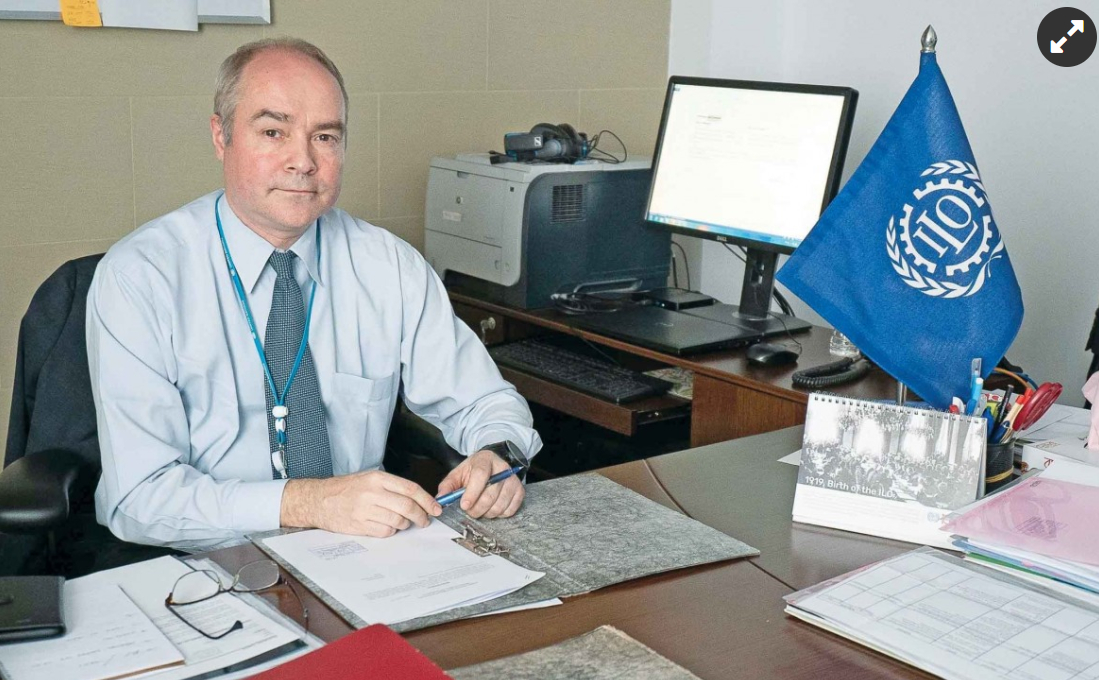 The Rana Plaza building collapse on 24 April 2013 had killed 1,138 workers and left more than 2,500 injured. On the eighth anniversary of the tragedy, ILO’s Country Director in Bangladesh, Tuomo Poutiainen sheds light on the progress in workplace safety in the country’s ready-made garment sector.

What did Bangladesh learn from the collapse of the Rana Plaza building?

In response to major industrial incidents in Bangladesh’s readymade garment (RMG) sector in 2012 and 2013, a National Tripartite Plan of Action on Fire Safety and Structural Integrity was developed in 2013. Bangladesh now knows what needs to be done to address dangerous workplace hazards. The nation and its RMG industry have the know-how to safeguard its workers and citizens from industrial catastrophes and poor working conditions.

Has the safety standard in the garment sector in Bangladesh really improved after the Rana Plaza building collapse?

Bangladesh has come a long way since the 2013 tragedy. The initial aim was to identify factories dangerous to life and close them immediately.

As a result, thousands of factories were inspected on electrical, fire and structural safety; a wide range of safety remediation and improvement measures were taken; the most critically unsafe factories were closed by the government; and tens of thousands of employers and workers were educated and trained on occupational safety and health.

Yet not all factories are up to the agreed standards, and more still needs to be done to mitigate safety and health risks at workplaces. Key to this is to have national codes that clearly outline requirements and the legal enforcement process for fire and building safety, better collaboration and alignment between government, employers, workers, and entities sourcing from Bangladesh, as well as a national framework on industrial safety that envisages development of expertise needed for world-class standards in Bangladesh, through partnerships between government authorities, private sector and academia.

Within months of the Rana Plaza building collapse, the Bangladesh Labour Act 2006 was amended with revisions on occupational health and safety and provisions to give workers a stronger voice through freedom of association and collective bargaining rights. While more is needed, workers can increasingly raise the alarm on health and safety concerns in their places of work. More and more of them need to know that they have basic rights that must be respected and protected. Safety committees are a legal requirement in all establishments with 50 or more workers. Safety committees have an important role to play to ensure decent working conditions in workplaces.

The Rana Plaza Claims Administration (RPCA) provided $30 million under its umbrella to around 5,500 claimants. This amount includes direct payment from Primark and financial support from the government. The RPCA was closed in 2015, and its work is now being managed by the Trust for Injured Workers Medical Care (TIWMC), which continues to provide lifelong medical support to those injured in the Rana Plaza building collapse.

The issue of whether the financial benefit provided under the Rana Plaza Claims Administration can be considered as “compensation” was raised in the tripartite plus coordination committee that governed the Rana Plaza Claims Administration. To respect the definition of compensation by the Bangladesh Labour Act, which states that direct employers’ payment to their respective worker can be regarded as compensation, the coordination committee decided to term the financial benefits as “award”. At that time, the ILO’s focus was to mobilise resource and reach adequate financial benefits to the victims in a transparent manner.

The ILO is now actively working with the government, employers and the workers’ organisations on establishing a trial (pilot) of an employment injury scheme, starting in the readymade garment sector. This scheme would gradually include prevention, compensation and rehabilitation of any industrial accident and occupational disease in Bangladesh.

The current Covid-19 crisis has showcased the need to develop comprehensive social protection systems covering both formal and informal sectors. These types of investments require new thinking on how to address shocks to individuals, businesses and the economy as a whole. The ILO is working with the UN system, government, and its social partners on this.

Are the RMG Sustainability Council (RSC) and the Remediation Coordination Cell (RCC) working well to protect the recurrence of the Rana Plaza building collapse in Bangladesh or not?

While a lot has been done, the government needs to increasingly extend industrial safety work to all industries to ensure safe factories and establishments. The role of the government is essential in monitoring the industry and ensuring compliance with national codes and standards. In this regard, the garment industry is leading the way with the establishment of the RSC, which builds on the legacy of the private sector initiatives for remediation of RMG factories, and can serve as an example for other industries.

The RCC is a temporary structure under the Department of Inspection for Factories and Establishments set up to monitor the remediation of National Initiative factories. It will also help institutionalise industrial safety capacities under the Ministry of Labour and Employment and facilitate broader safety initiatives to be built based on good practices in the RMG industry.

It is important to pursue greater collaboration with other ministries, regulatory authorities, employers, workers’ associations and academia to establish a safety culture in Bangladesh.

Why did the incident of the Rana Plaza building collapse happen? Who are responsible? Retailers and brands, the government, manufacturers, the ILO, or a lack of unionism in the sector?

The main reason for the building collapse can be attributed to failure by relevant authorities to enforce national planning and building regulations and the building owner ignoring legal licensing procedures.

Other factors such as the lack of workers’ voice exacerbated the situation. However, the legal responsibility for building safety should lie with enforcement authorities during construction (including extensions) and with the building owner once the building is occupied.

With stronger regulation and accountability, workers’ voice, and responsible practices by employers and building owners, catastrophes such as the Rana Plaza collapse are preventable.

This interview was first published in The Daily Star, Bangladesh

List of Technical Textiles and Related Units in India

How to engage and to federate sustainable practices