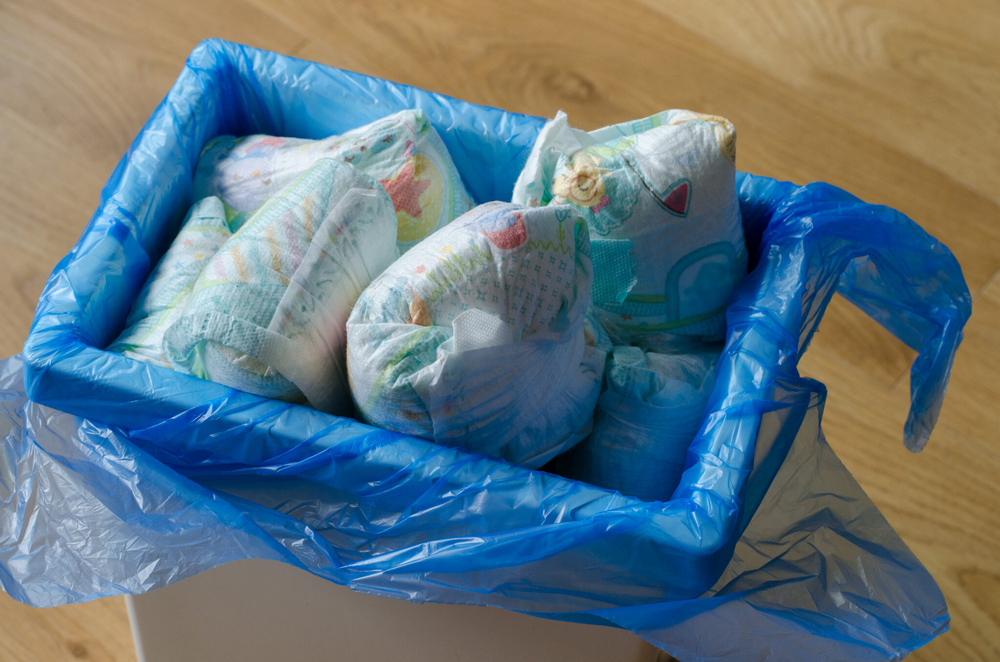 Every year, 3.5 million metric tons of sodden diapers end up in landfills.

A University of Michigan team has developed a technique to untangle these absorbent polymers and recycle them into materials similar to the gooey adhesives used in sticky notes and bandages. Their results are published in Nature Communications.

“Mechanical recycling is what most people think about: You separate different plastics based on their identities, chop them up into small pieces, melt them and reuse them, which lowers the quality of the product,” said U-M chemist Anne McNeil, corresponding author of the paper.

Mechanical recycling leads to lower quality materials because different companies’ plastics are constructed differently: The polymers can be different chain lengths or altered with different additives and dyes.

“There’s just so many problems, everything usually gets downcycled and ends up as carpet fibers or park benches,” said McNeil, whose lab focuses on the chemical recycling of plastics. “Chemical recycling is this idea of using chemistry and chemical transformations to make a value-added material, or at least a material as valuable as the original.”

The qualities that generally make plastics desirable, such as toughness and durability, are also responsible for their difficulty in recycling. In particular, polymers are difficult to break down because they are held together by stable bonds.

McNeil, professor of chemistry and macromolecular science and engineering, and Takunda Chazovachii, who recently graduated from U-M with his doctoral degree in polymer chemistry, worked with Procter & Gamble to develop a three-step process that turns superabsorbent polymers into a reusable material—in this case, adhesives. The method needed to be energy-efficient and able to be deployed on an industrial scale.

The polymers in superabsorbent materials look like a loosely woven fishing net, McNeil says, except instead of a honeycomb mesh, these polymers have a crosslink every 2,000 units, which is more than enough to create an insoluble network structure. To recycle these materials, the researchers needed to find a way to delink the network polymer into water soluble chains. Chazovachii found that when these polymers are heated either in the presence of acid or base, their crosslinks are broken.

The researchers also needed to determine whether these processes would be feasible on an industrial scale. Collaborators Madeline Somers, a research assistant at the U-M Graham Sustainability Institute, and Jose Alfaro, a researcher in the U-M School for Environment and Sustainability, performed a life cycle assessment. They learned that using this acid method to de-crosslink the polymers would exhibit a 10 times lower global warming potential, based on carbon dioxide release, and would require 10 times less energy than using a base-mediated approach.

Next, the researchers needed to shorten the long chains of polymers within the material to produce different types of adhesives. Chazovachii realized sonication—using tiny bursting air bubbles to break the polymer chains—could cut the chains in pieces without changing the chains’ chemical properties.

“What we really liked about this method is that it is a mild and simple mechanical process,” he said. “It breaks the polymer but leaves its building blocks, or acid groups, intact, so you can actually do other reactions with it.”

Finally, Chazovachii, assisted by chemistry professor Paul Zimmerman and his student Michael Robo, converted acid groups on the polymer chains to ester groups. This changes the properties from water soluble to organic soluble, and they become tacky, like an adhesive. An extra bonus: the reagent used in this reaction, which also serves as the solvent, could be recycled and reused. After testing the adhesive properties, Chazovachii realized that sonication wasn’t necessary to target one type of adhesives, further simplifying the approach.

Finally, the researchers needed to show that developing adhesives from recycled polymers was easier on the planet than making adhesives from petroleum—the typical route. Comparing their route to adhesives to the conventional one, the authors found that there is a 22% reduction in global warming potential and 25% reduction in energy for the route using recycled diapers.

The researchers say they work with diapers that are already clean—but companies that clean used diapers are cropping up, such as the Procter & Gamble affiliate FaterSMART. Additionally, Chazovachii says the conditions of the chemical recycling would kill any surviving bacteria.

McNeil says she hopes that synthetic chemists who work on making reactions for small molecules will turn their attention to polymers.

“This is just one paper, but I’ve moved most of my research in this direction because I think it’s a really open opportunity for synthetic chemists to make an impact on a real-world problem,” McNeil said. “I want more people to be thinking about this because the global plastics problem is so huge and chemists can play a really important role in reimagining what we do with this waste.” 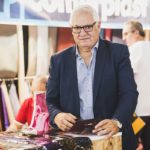