How Long Will It Take for India to Increase Textile Exports from the Current $33 bn to $100 bn? 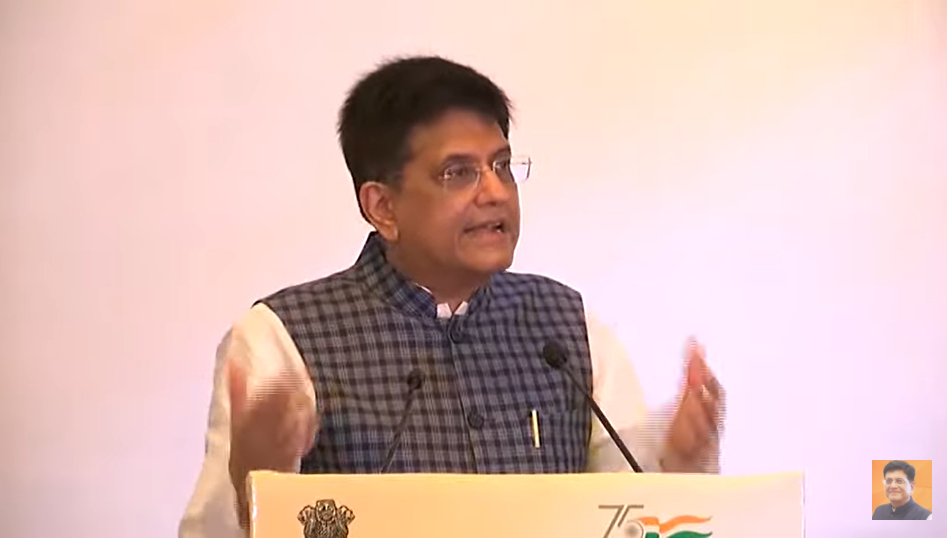 Piyush Goyal, Union Minister for Commerce and Industry, Textiles, Consumer Affairs and Public Distribution held a face-to-face meet to interact with the country’s leading exporters of textile and clothing industry. The minister called upon the industry captains to aim to increase textiles exports 3 times from present $33 bn to $100 bn at the earliest and also enhance domestic production to $250 bn as fast as they can. He refrained from indicating any time frame to achieve this target but conveyed to the participants that nothing less than $100 bn will satisfy the government led by Prime Minister Narendra Modi who has very high expectations from the textile industry.

The minister was not even ready to term this target of $100 bn exports to be ‘ambitious.’ It is not known whether his target is based on any market intelligence or on any inputs from Export Promotion Councils or any group of experts. Goyal also wanted exporters to collectively resolve to reach the export target of US $44 bn in 2021-22 for textiles and apparel, including handicrafts. It seems he wishes, the $100 bn target to be met during 2023-24. Quite ambitious? No not at all, if you listen to the minister. p81.

Instead of doing any guess work, I decided to look back and compile the export figures from the annual reports of the Ministry of Textiles, Government of India. These reports are regularly published and are available from the MoT’s website. It is another matter that the site is hardly updated. The last press-release available on it is of June 2, 2021. There is no mention of even the minister’s interaction or his speech we are talking about here. Anyway, this is something that is not unique to MoT.

Almost all ARs have this preamble: “The textiles industry accounts for 14% of industrial production; employs 35 million people and accounts for nearly 12% share of the country’s total exports basket. Readymade Garments account for almost 42% of the total textiles exports. Apparel and cotton textiles products together contribute nearly 72% of the total textiles exports, etc., etc.” Further, the export data are as under:

The contribution and characterization of textile industry have been quite consistent for many years: 14% of industrial production; Twelve percent of India’s total exports; RMG share of 42% of the total textiles exports; 14% of industrial production; 4% of GDP; Five percent share in global trade in textiles and apparel; 35 million jobs (2nd after agriculture) and empowerment of women as well as its role in upliftment of small artisans, handloom weavers, SSIs, etc. If this remains same over the next few years then it would mean for textile industry’s industry’s target of $ 100 bn, India’s total exports must also grow at the same pace. India’s other sectors also have to be boosted. This requires a drastic change in country’s vision for exports and the matching inputs of various forms to make India an export-led economy. It is hard to imagine that the textile industry has the capability to march ahead alone and increase exports 3-fold in a few years from now unless industry leaders have some magic band to make this day-dream to come true!

These are extraordinary times and a quote of Vladimir Ilyich Lenin has gone viral. ‘There are decades when nothing happens and then there are days when decades happen.’ Perhaps these are those days.

So, anything can happen! Cheers, if you can!