Los Angeles : Attorney General Kamala D. Harris – on December 28, 2015 – announced a settlement resolving allegations that Pratibha Syntex Ltd., a company based in India, gained an unfair competitive advantage over American-based companies by using pirated software in the production of clothing imported and sold in California. The case marks the first time a state has secured a legally enforceable judgement against an international company for these types of violations.

The settlement, which was filed in Los Angeles Superior Court and has been approved by a judge, requires Pratibha Syntex to pay $100,000 in restitution within 30 days.

In 2013, Attorney General Harris sued Pratibha Syntex on the basis that it did not pay licensing fees for software it relied on for its business, including products manufactured by Adobe, Microsoft, and others, giving the company a significant cost advantage in the low-margin business of apparel manufacturing, shipment and sales.

“Pratibha Syntex engaged in illegal business practices that placed California garment companies at a disadvantage, while hurting American software companies’ ability to develop new and innovative products, ” Attorney General Harris said. “Businesses around the globe should be on notice that the state of California will hold them accountable for stealing intellectual property to unfairly undercut their competition.”

Other terms of the landmark settlement prohibit Pratibha Syntex from using unlicensed software or reproducing any part of a copyrighted software program without the permission of the legitimate copyright holder, and further require the company to perform four complete audits of the software on their computers and fix any violations within 45 days. In addition, Pratibha Syntex must draft an information technology policy statement regarding the use of licensed software and distribute this policy to all employees.

The complaint alleges that Pratibha Syntex obtained an unfair advantage because they were able to redirect money saved by using pirated software to hire employees and invest in research and development efforts. The use of pirated software not only provides companies with an unfair business advantage, but also deters American software companies, particularly those developing software used in the garment industry, from investing in new technology and products.

“Our software is a key differentiator in the business operations of the fashion industry. Companies using software without paying for it should not be rewarded with lower costs, especially when this comes at the expense of hardworking American companies,” said Shahin Kohan, president of AIMS360, which designs and develops powerful and state-of-the-art software solutions for apparel manufacturers, wholesalers, and importers. “This landmark settlement will allow us to continue innovating and help our customers grow their businesses and create new jobs.”

California’s apparel industry, which is largely based in Los Angeles County, employed nearly 100,000 people in 2012-2013. A 2011 study by the Orange County Business Council found that California had lost nearly 400,000 manufacturing and technology jobs over the past decade to countries where piracy rates are as high as 80 percent. This activity resulted in a loss of $1.6 billion in economic activity and $700 million in tax revenue for California. 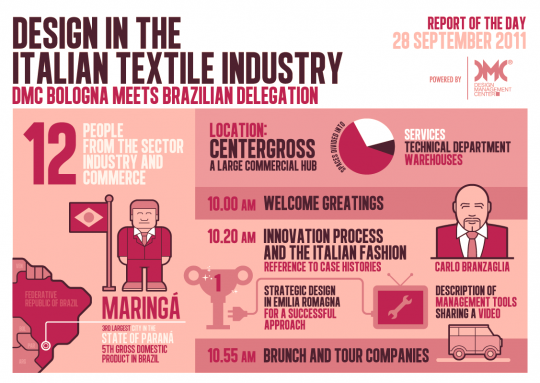 Future of Textile Industry is Vibrant (& Migrant, as well)