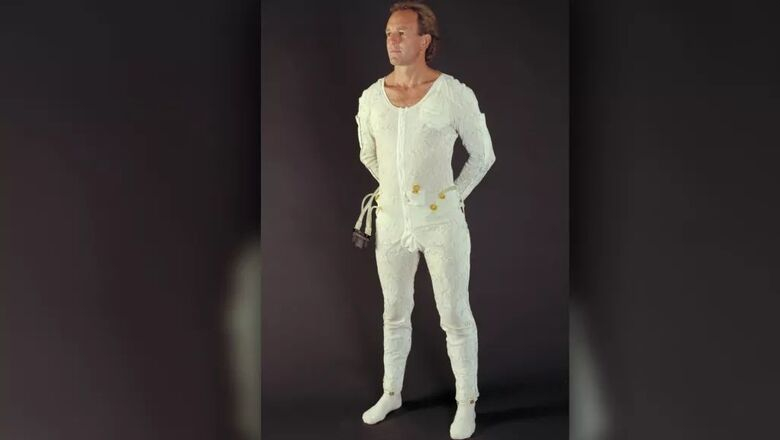 Spacewalk requires that astronauts have special underwear under their spacesuits. The problem is that it is impossible to do laundry on the ISS, and there is nowhere to keep a supply of clean clothes. Scientists are developing bacterial compounds that could provide antimicrobial protection for space underwear.

Hygiene on the ISS bears little resemblance to the usual terrestrial, LiveScience reports . Astronauts wash their hands and body with non-rinse solutions; dry shampoos are used for the head. Cleaning clothes, including underwear, is a separate problem. If you take a small set of kits with you, you need an unrealistic amount of water on the ISS for washing. If you leave the laundry to the ground and change into a clean one every day, you need a place to store this clean one, which is also sorely lacking here.

Therefore, when it comes to dirty underwear, astronauts cannot afford to be squeamish. For example, American astronaut Don Pettit admitted that, while on the ISS, he changed his underwear once every three to four days. And the Japanese astronaut Koichi Wakata in 2009 wore the same pair for about a month. True, his underwear was special, experimental, with a coating resistant to bacteria. After carrying it for a month, Wakata reportedly did not notice the pungent odor.

When clothes become too dirty or start to smell, according to NASA, they are either returned to Earth in the form of debris, or packed in a capsule, which is then thrown into space and burned up in the Earth’s atmosphere.

There is also a separate type of tight-fitting underwear, which, according to the protocol, is supposed to be worn under a spacesuit during a spacewalk. It’s called Liquid Cooling and Ventilation Garment (LCVG). LCVG helps to keep the body cool during extreme physical exertion associated with work in zero gravity (under it, you can also put on an adult diaper – in case you need to relieve yourself during many hours of spacewalk). Gas ventilation draws moisture away from the limbs, and cold water circulates through flexible tubes sewn into clothing to help maintain a comfortable body temperature.

Experts involved in flight preparation, such as the European Space Agency, are trying to improve the antimicrobial properties of the materials used in the LCVG to keep these common garments clean and fresh for longer. ESA researchers are currently collaborating on a project called Bacterma (Biocidal Advanced Coating Technology for Reducing Microbial Activity) with Vienna Textile Lab, an Austrian private biotech company that produces tissue dyes from bacteria. The project is based on the assumption that the compounds generated by these bacteria can also make textile fibers more resistant to certain types of microbes.

It may seem strange that products of microbial activity are used to get rid of germs. However, scientists say, “all kinds of organisms use secondary metabolites to protect themselves from extreme environmental conditions. Within the framework of the project, they will be viewed as an innovative antimicrobial finish for textiles. ”

Scientists will test the efficacy of the antimicrobial properties of new tissues by exposing them to sweat, moon dust and radiation to simulate conditions that can accelerate aging and tissue degradation in space.

Loading...
Newer Post
The need for Bio-based products and services
Older Post
Texworld Evolution Paris – Le showroom will be back at the Atelier Richelieu from 5 to 9 July 2021

China’s Textile and Garment Exports Totaled US$ 24.01 Billion in December 2017