The US Federal Trade Commission (FTC), the nation’s consumer protection agency had come out with a ‘Business Alert’ titled “How to Avoid Bamboozling Your Customers” in 2009 warning marketers of textile products made from bamboo to be cautious while advertsing or labeling a product as “bamboo”. It was clarified that unless a product is made directly with bamboo fiber — often called “mechanically processed bamboo” — it can’t be called bamboo. According to the FTC : “if a product isn’t made directly of bamboo fiber — but is a manufactured fiber for which bamboo was the plant source — it should be labeled and advertised using the proper generic name for the fiber, such as rayon, or rayon made from bamboo.”The FTC works for the consumer to prevent fraudulent, deceptive and unfair business practices in the marketplace and to provide information to help consumers spot, stop and avoid them. According to the “Business Alert”, sellers of clothing, linens, or other textile products are responsible for making correct and truthful disclosures about the fiber content. Any claims made about textile products have to be true and cannot be misleading. The sellers must have substantiation for each and every claim — express and implied — that they make. If a textile is made of rayon, sellers need to say that, even if bamboo was used somewhere along the line in the production process.

Marketers these days, in their race to provide more environmentally friendly choices to consumers, are aggressively promoting bamboo, which is known for its ability to grow quickly with little or no need for pesticides. But in their rush to do so they often overlook the fact that most “bamboo” textile products, if not all, really are rayon, which typically is manufactured using toxic chemicals through hazardous and highly polluting process. Different plants, including bamboo, are used as a source material to produce rayon but the final finished product does not contain any trace of the original plant.

The FTC, therefore, in its ‘Business Alert’ of 2009 had cautioned retailers not to advertise or label a product as “bamboo,” unless they had competent and reliable evidence – in the form of scientific laboratory tests and analyses – to show that it’s made of actual bamboo fiber. The Commission had clearly mentioned that relying on other people’s claims wouldn’t be a valid substantiation. The Commission even required marketers not to claim that rayon fibers retain natural antimicrobial properties from the bamboo plant unless they had similar scientific evidence to that effect.

On January3, 2013, the FTC imposed penalties on four US retailers (Amazon, Leon Max, Macy’s, and Sears) totaling $1.26 million for violating the Textile Act and the FTC’s Textile Rules by advertising and marketing products as being made of bamboo, when, in fact, they were actually made of rayon. They have agreed to pay the following civil penalties : Sears ($475,000), Amazon ($455,000), Macy’s ($250,000), and Leon Max ($80,000). In January 2010, the FTC sent warning letters to seventy-eight companies concerning their continuing mislabeling of rayon textiles as bamboo. The FTC alleged that the above four retailers continued improperly to label their rayon textiles as bamboo, even after being told in the warning letters that they could face civil penalties if they did not properly label and advertise their textile products.

The FTC’s Bureau of Consumer Protection must be congratulated for it’s strict action against the arrogant retailers. This would greatly help consumers who often get trapped into false claims and end up paying a premium for sub-standard goods. Indian consumers also need such protection from similar misleading advertisements and false claims. However, there is no update available regarding the consumer expectations and rights, and there is rampant violation of stamping law. 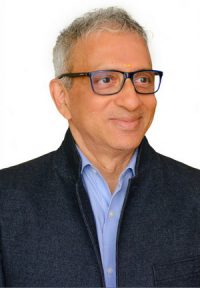 SIMA hails the removal of anti-dumping duty on spandex yarn