Portugal: The recovery of the textile and clothing sector is slow, with diverse impacts in terms of sub-sectors 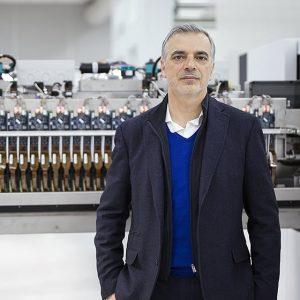 In June , exports of textiles and clothing fell 14% compared to June of the previous year, with an exported value of 355 million euros. However, some sub-sectors performed even more negatively: clothing exports fell by 25% (with fabric clothing falling by 37%), fabric exports fell by 27% (with some fabrics registering higher declines, such as this is the case for woolen fabrics (-50%), synthetic filament fabrics (-32%) and synthetic or artificial fiber fabrics (-31%)) and home textiles fell 17% (although exports carpets fell 23%, blankets -56% and decorative items -37%).

If the results of exports of masks and protective clothing were not considered (an increase of 33 million euros compared to June 2019), this month’s exports would have fallen by 22%.

In the first half of 2020, the accumulated value of exports of textiles and clothing was 2,208 million euros, 17% less when compared to the same period of the previous year.

Clothing exports, which in the first half of last year, represented 59% of the sector’s total, fell 23%.

Exports of home textiles, which represent about 11% of the sector’s exports, suffered a drop of 22%. Within home textiles, carpet exports fell by 32%, blanket exports by 33% and those of other artifacts for interior decoration (decoration) decreased by 37%. In absolute terms, it was exports of bed, table, toilet and kitchen linen that recorded the greatest drop: 45 million euros less, equivalent to -20%.

Fabric exports, which represent 11% of the sector’s total, fell 20%, with special fabrics having the worst absolute performance: minus 18 million euros, equivalent to -29%. Wool fabrics suffered a 32% drop.

Technical textiles, which also represent 11% of the sector’s total exports, signaled a drop in exports of 8%.

Exports of masks, protective clothing for medical use, felt or false fabrics, and other similar protective articles in the fight against COVID 19 increased by around 103 million euros, allowing exports in the sector to not have had a drop in this semester, exceeding 22%.

The balance of trade in this sector was 399 million euros in the 1st half, with a coverage rate of 122%.