New Delhi : Apparel Export Promotion Council – an apex body of Indian apparel exporters – had organised ‘Excellence in Export and Lifetime Achievement Awards Function.’ One of the key events from AEPC that has been recognizing the efforts and performances of leading exporters from Indian Apparel Industry, this year, has seen the felicitation of India’s top apparel exporters since 2008-09 and 2009-10.

“I am glad to be a part of the effort to recognize the highest performers in the apparel export industry, by organizing AEPC’s Export and Lifetime Achievement Award. Considering the past year, this has been specially challenging for the apparel industry worldwide with global recession and plunging demand. This award ceremony will help motivate exporters for achieving higher targets. I congratulate the award winners and wish them continued success in future.” Added Ms. Rita Menon, Secretary, Ministry of Textiles, Government of India.

On the occasion, Mr Premal Udani, Chairman, AEPC added, “At AEPC, we are committed to honour the efforts of India’s apparel industry. The collective endeavours of the garment exporters have been making this USD 30 billion industry stronger and the council recognizes their continuous efforts towards the economic development of the country. These export awards will not only encourage the awardees to scale up their operations, but will also help them enhance their image and competency on a global arena. Their performance has brought joy and pride, not only to the Council, but to the entire country.”

In the last financial year exports increased by 4.2 per cent from the previous FY 2009-10 and totaled to US$ 11163 million in April-March 2010-11. In 2008-2009 and 2009-2010 Shahi Exports Private Limited, Faridabad; Gokaldas Exports Limited, Bangalore; and Eastman Exports Global Clothing Private Limited, Tirupur were awarded for the Highest Global Exports.

With 40 offices and 8,000 small, medium and large garment exporters across India, Apparel Export Promotion Council (AEPC) is the official body of apparel exporters in India that provides invaluable assistance to Indian exporters as well as importers/international buyers who choose India as their preferred sourcing destination for garments. AEPC is a one stop information centre that provides assistance to garment exporters and helps bridge the gap between exporters and overseas buyers through quality management system. 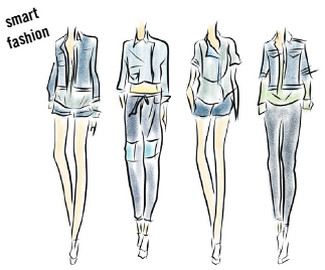 “Budget Expectations Are Going To Be Muted in 2016”