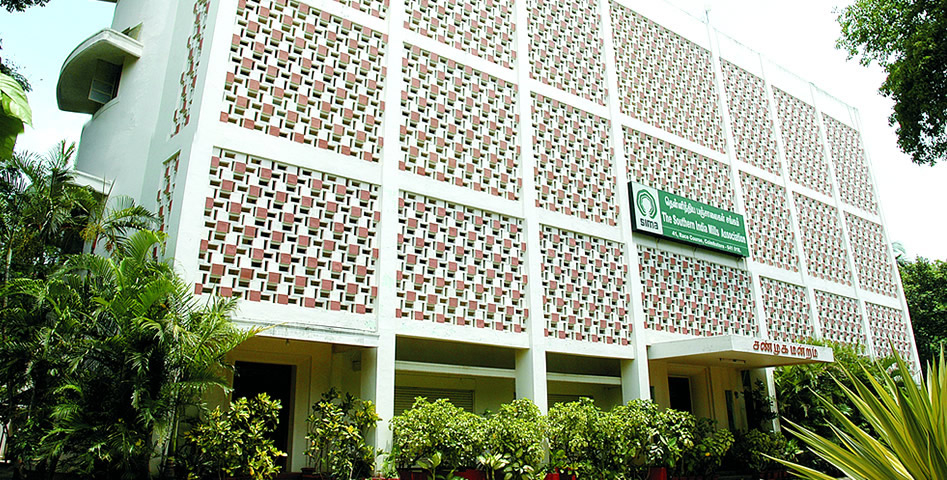 Cotton has been the engine of growth for the Indian textiles and clothing industry owing to the advantage of home grown cotton for several decades at a competitive price. This enabled the industry to become the second largest employment provider of the Nation providing jobs to over 105 million people including 6.5 million farmers, rural masses and women folks across the country. The industry has been facing challenges very often during the last ten years due to high volatility in cotton prices that account 60% of cotton production for the yarn. Consequent to the removal of cotton from the Essential Commodities Act, the multinational cotton traders started dominating the Indian cotton economy, procuring cotton on a large scale during peak season taking advantage of hedging facility and cheaper funds, export cotton at a lower price, create scarcity and speculate the prices during the off season. The Cotton Corporation of India also offloads bulk volume with attractive discount including free period up to 120 days to liquidate the stock and facilitate price speculation by constantly increasing the prices. This greatly affects the MSME cotton textile units across the value chain and the exporters find it difficult to meet the export commitments. The downstream sectors often put pressure on Government to stabilize yarn prices for which the stability in cotton price is vital as all other costs of production remain constant for the spinning sector.

The interest rates for MSME spinning mills are very high (9% to 10%) and they require 25% to 30% margin money. They are able to avail working capital only for a maximum period of three months. The industry has been pleading for a Price Stabilization Fund Scheme comprising of 5% interest subvention or loan at NABARD interest rate (cotton being agricultural commodity), reduction of margin money from 25% to 10% and increasing the cotton working capital limit from three months to nine months that too only for the cotton sourced during peak season (November to March) so that the farmers also would get better price and avoid MSP operation. This would also enable the industry to achieve 2% to 3% additional growth that would bring several thousands of crores of additional revenue when compared to around Rs.1000 crores/ year financial commitment (or extend loan at NABARD rate of interest).

In a Press Release issued here today, Mr. Ravi Sam, Chairman, The Southern India Mills’ Association (SIMA) has appealed to the Hon’ble Prime Minister to intervene immediately to stabilize the cotton prices, as the cotton prices have surged to the peak level in the last 11 cotton seasons especially in the international market. He said that the New York Futures Index that used to hover around 70 to 80 cents per pound is now ruling around 110 cents thus creating a panic situation and uncertainties in the business of cotton textiles & clothing products. He has said that NYF has increased around 25% in the last 15 days. He has added that the Indian cotton price, though currently attractive due to comfortable closing stock position, has also increased from Rs.41,900/- per candy during December 2020 to Rs.57,000/- per candy during the first week of October 2021 (Sankar-6 variety).

SIMA Chairman has stated that the Indian cotton season 2021-22 started with over 100 lakh bales opening stock, is likely to produce around 355 lakh bales, consume around 330 lakh bales import around 10 lakh bales and thereby leave around 135 lakh bales for export and the carry over stock. He has feared that the export might exceed 100 lakh bales in the current season due to US sanction on Xinjiang Chinese cotton that accounts 10% of the world cotton production resulting in not only shortage of cotton but also abnormal speculation in the cotton market. Mr. Ravi Sam has stated that the multinational private trade has already made huge profit out of Indian cotton during the season 2020-21 taking advantage of 10% import duty levied during February 2021. He has pointed out that the import duty has not benefited the farmers, as India mostly imports only 2 to 3% of the requirement especially the speciality cotton like ELS cotton, organic cotton, sustainable cotton, etc., to meet the requirements of nominated businesses of global brands. He has stated that the domestic ELS cotton though inferior in quality viz., DCH 32, the price has increased from Rs.57,500/- per candy during December 2020 to around Rs.1.2 lakhs during the first week of October 2021. The industry has been cautioning that the cotton textile value chain especially the garments and made-up exports would be affected in the absence of a level playing field that has become a reality says, Mr. Ravi Sam.

SIMA Chairman has stated that an analysis of last ten years’ cotton price data reveals that as the industry procures only around 1/3rd of the cotton and 2/3rd of the cotton is procured by trade / CCI, the cotton price rules low during November to March; making the farmers to suffer. He has pointed out that often the industry had to import cotton to meet the shortage. He has further pointed out that around 10 to 15% of the cotton produced in the country is inferior in quality and cannot be used for producing export quality or high quality yarns and therefore, the industry is forced to import cotton. He has said that 10% import duty will add fuel to the anticipated crisis during the current season if appropriate policy interventions are not taken on a war footing under the current scenario.

Industry is heading towards a severe crisis on cotton front

SIMA Chairman has stated that though CCI has been offloading bulk volume to the trade, some price stability could be observed as the Government had directed the CCI to adopt industry-friendly trading policies during the last few years whenever CCI exercises MSP operations that yielded some benefits for the MSME textile units. Mr. Ravi Sam has stated that as the current market price is ruling very high, CCI will not be able to procure any cotton under MSP during the current season. He has cautioned that the industry is heading towards a severe crisis on cotton front as the trade is likely to procure bulk volume of cotton during the season.

SIMA Chairman has appealed to the Hon’ble Prime Minister to introduce an innovative Cotton Procurement and Trading Scheme for CCI by providing Government funding to procure 10 to 15% of the cotton that arrive the market during the season and create a strategic stock for price stability, sell the cotton only to the actual users in a staggered manner till the end of the season and maintain some buffer stock for the next season.

Protected: List Of Chemical and Allied Companies in India