Digital technologies becoming the key to success for fashion labels 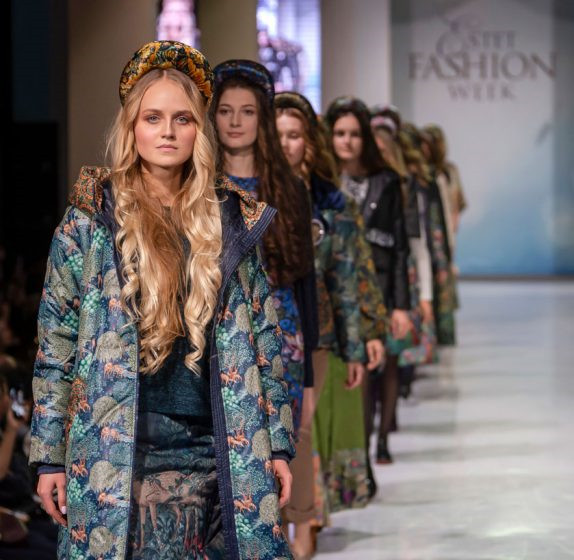 Moscow-based designer, Natalia Dushagreya, explains how Mimaki has been an integral part to her business.

DushaGreya is a well-known brand from talented Moscow-based designer, Natalia Dushagreya, who puts her all into her unique creations. Combining her outstanding creativity with cutting-edge digital printing technology, Natalia has been delighting women with eye-catching, comfortable clothes, which boast unparalleled individuality and vivacity for several years.

To create this original silhouette and colour collections, tireless innovator Natalia Dushagreya not only uses traditional techniques and her own know-how but also actively integrates the latest digital technology into the production line, namely large format printing on textiles. Digital printing equipment allows the designer to reproduce any patterns, ornaments, abstracts, medieval themes, and natural graphics on fabric with high resolution and in an unlimited range of colours – from delicate pastel shades to bright and deep saturated colours. “The quality of digital prints surpasses that of traditional fabrics, both in the variety of colour compositions and in the contrast and clarity when printing small details or complex geometric elements. Digital technology makes it possible to achieve exceptionally smooth colour transitions, which is almost unattainable when using analogue printing methods. As a designer, I make sure to fully leverage the advantages of digital printing when designing and producing my collection”, says Natalia.

The beginning of the DushaGreya brand

Natalia began her creative endeavours as a pattern-designer; for many years she was engaged in batik and the decoration of finished textiles. Her creative achievements, based on an active imagination and a constant desire for unique innovative solutions, took shape in several patents, which became synonymous with this artist. In 2015, with a lot of professional experience and brimming with creative ideas, Natalia was able to realise her long-time dream – to design women’s outerwear and create fundamentally new products in fashion. This was the beginning of the DushaGreya brand. Natalia, who never liked the frosty winter, understood what everyday outerwear should be, and through a combination of creative ideas, modern technologies, and materials, she was able to bring DushaGreya products to the top, which became especially popular among connoisseurs of comfort and originality. For Natalia, winter is now another great reason to show off her elegance and individual style, and not feel so negative from the harsh Russian climate.

By the time the DushaGreya brand begun, Natalia and her like-minded associate and father, Alexander Kordovatov, already had experience in the field of sublimation printing and knew that printing on fabric for subsequent tailoring would be carried out using this technology. However, no third-party performers could be found that would meet the quality and deadline requirements of the brand, so they decided to purchase new equipment and start printing at their own site.

Alexander Kordovatov, being a specialist of the highest level in the field of sublimation technology and a leading technologist in the DushaGreya printing room, made every effort to choose the best sublimation complex; he visited a huge number of international exhibitions, compared models, tested samples taken from different equipment suppliers. Textile prints were subjected to long-term tests for resistance to washing, fading, and weathering, with all indicators being repeatedly checked. Based on these findings and the recommendations of colleagues who already owned Mimaki equipment, the Mimaki JV300-160 printer was chosen.

“The Mimaki JV300 is a very popular and best-selling dye-sublimation printer in Russia, so we were very interested in it from early on.” Alexander says. “We also found out that Smart-T (Mimaki’s distributor in Russia), the supplier of this equipment in Moscow, is highly rated by the industry community and customers due to its professional expertise, first-line service support, and highly qualified engineers.”

“In addition, we also needed a specialised RIP that would allow us to create rapport images and adjust ICC profiles to suit our needs. It turned out that such a RIP is included in the standard set of Mimaki printers. Also, Mimaki Sb54 ink is exceptionally bright, dries quickly, retains the sharpness of image detail during thermal transfer, and shows excellent resistance to a variety of external influences.”

The sublimation complex, which includes the Mimaki JV300 printer, ensures that the textile print is exactly the same as the designer originally intended. As Natalia noted, sublimation allows you to produce a huge range of products very quickly, with minimal financial and labor investments. If a designer came up with a concept in the morning, they are able to immediately print it, reiterate if necessary, and by the evening they would have a complete piece. Thanks to the sublimation technology, DushaGreya releases several capsule collections with different themes every season. 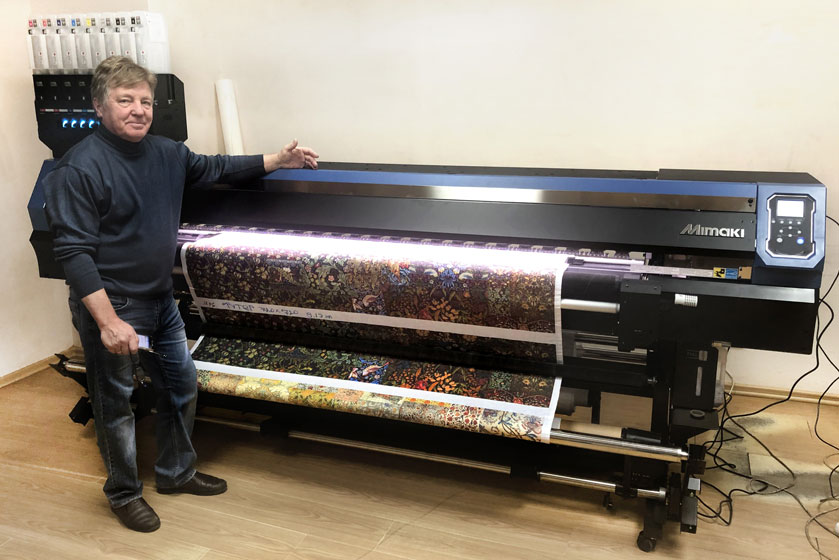 Keeping Ahead of the Trends

Now new trends in fashion are especially relevant, and DushaGreya, offering beautiful and original clothing, is undoubtedly at the forefront of this trend. The designer’s ideas have already extended far beyond the original concept of the fashion house and require new solutions for their implementation. To expand the range of clothing and complement the lines with a light dress and accessories, it became necessary to use not only synthetic fabrics but also natural ones with different compositions and textures. DushaGreya again opted for the Mimaki printer, which is able to carry out direct printing on cotton and linen fabrics, satin, and footer for sewing fashionable light clothing. 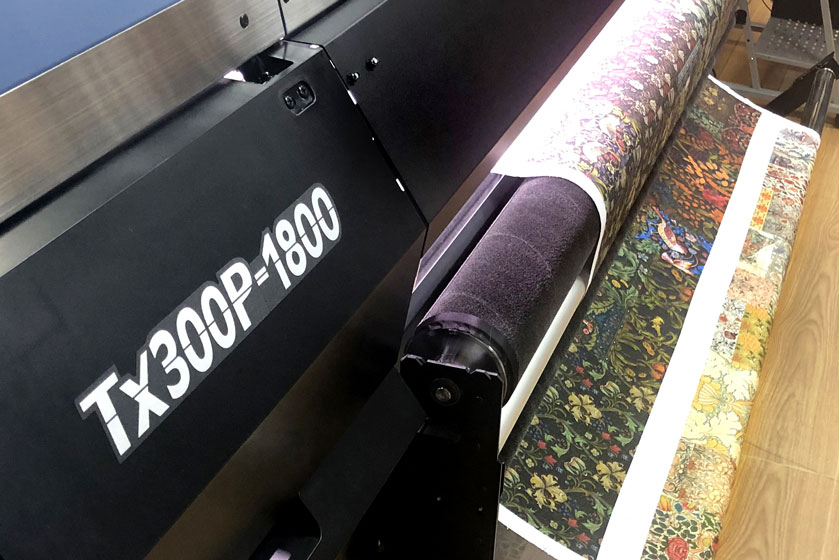 “Mimaki Tx300P-1800 is the only printer in the Mimaki line that allows us to print on natural fabrics without pre-processing,” Alexander comments. “This gives us the ability to produce short, original print runs at no extra cost, which is vital in achieving our goals. The TP400 pigment inks used in this printer have an expanded colour gamut, so the prints are always bright and saturated.”

The DushaGreya fashion house closely cooperates with both Russian and foreign artists. Among the creative partners of DushaGreya are famous and vivid personalities, such as Nikas Safronov (Russia), David Martiashvili (Georgia) and Anna Silivonchik (Belarus). Natalia not only receives many offers from artists but also actively searches for original artists who have their own recognisable manner and style. DushaGreya is a regular participant in Russian and international fashion shows, but fashionistas are not the only fans of DushaGreya – with many movie, pop, opera and television stars also following the brand.