Justice B.P. Colabawalla J. of the Bombay High Court, on July 1, passed an order in favour of a bunch of Petitions filed by different Petitioners seeking to wind up the Respondent Company (S Kumars Nationwide Limited – SKNL) on the ground that it is unable to pay its debts.

Justice Colabawalla rejected the view held by Mr Ravi Kadam, senior counsel appearing on behalf of the SKNL, that the High Court could not proceed with the bunch of Petitions as his client SKNL’s reference was registered on 10 December, 2015 by the BIFR and the same was still pending. 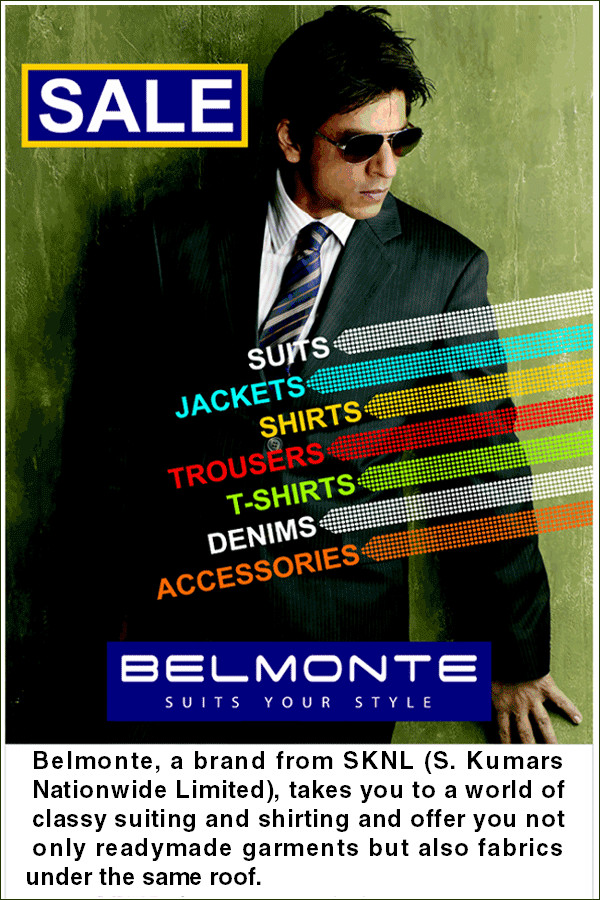 Mr Kadam maintained that : “One composite affidavit dated 22 June, 2016, has been filed inter alia contending that the Respondent Company has filed a reference before the Board for Industrial and Financial Reconstruction (“BIFR”) and which was registered on 10 December, 2015, and therefore, these Petitions cannot proceed in view of the bar contained in Section 22 of the Sick Industrial Companies (Special Provisions) Act, 1985 (for short “SICA, 1985”).”

Justice Colabawalla, in his verdict, said that “the Company viz. S. Kumars Nationwide Limited, be wound up by and under the orders and directions of this Hon’ble Court under the provisions of the Companies Act, 1956, and the Official Liquidator attached to this Hon’ble Court be appointed as the Liquidator of the Company and all its assets, books of accounts, vouchers, files, documents etc. with all powers under the Companies Act, 1956.

According to the High Court’s document, when ICICI Bank’s Petition came up for admission, the parties (ICICI Bank Ltd. and S. Kumars Nationwide Ltd.) entered into consent terms dated 19 June 2014 wherein the SKNL admitted its liability to the extent of Rs.95.32 Crores and agreed to pay a sum of Rs.86.60 Crores in full and final settlement of the ICICI Bank’s claim. This payment was to be made in installments as per the consent terms which further provided that in case of default, the ICICI Bank could approach this Court for admission of the Company Petition as well as other consequential directions. But there was a default in making payment of the very first installment that was due on 31 July, 2014 and therefore, this Court, after recording of all the facts admitted the Company Petition. 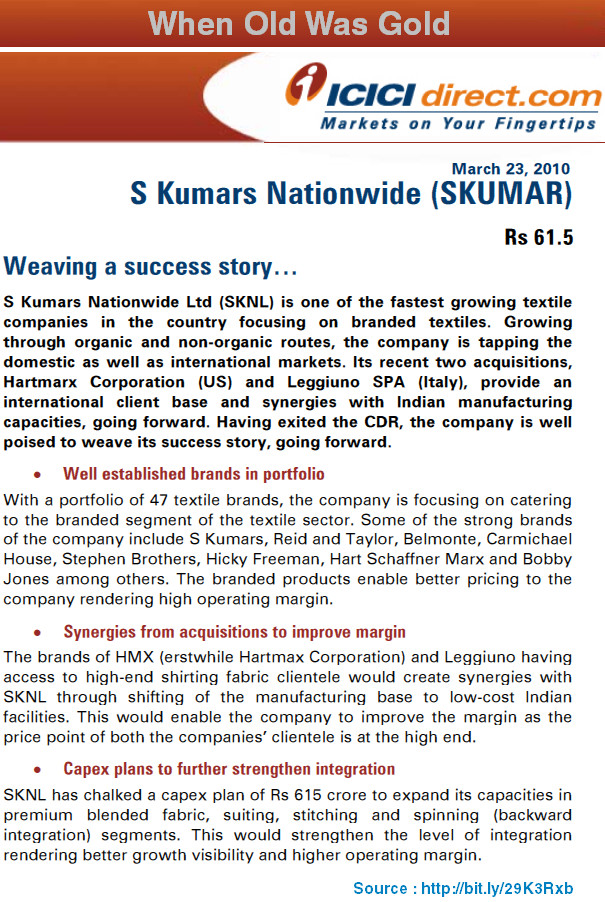 It was understood that S Kumars and the subsidiaries owed in excess of Rs 4,000 crore only to the “secured creditors”. Unsecured creditors were over and above this amount.

The winding up order was passed on the basis of the petition filed by ICICI Bank among others.