COP26 : The 26th Conference of the Parties to the United Nations Framework Convention on Climate Change (UNFCCC) 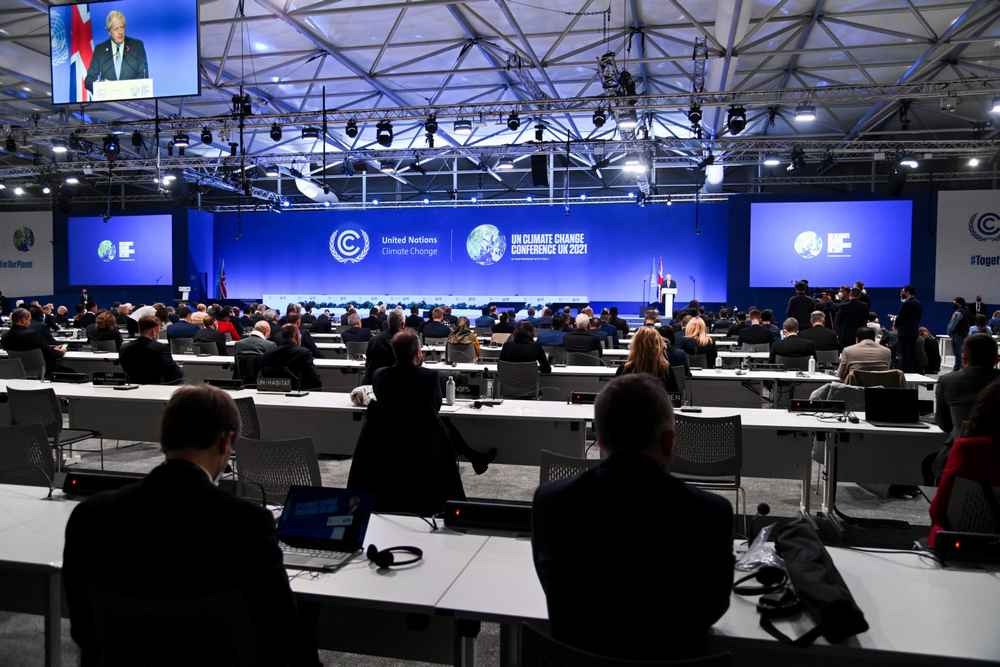 COP26 : The 26th Conference of the Parties to the United Nations Framework Convention on Climate Change (UNFCCC)

As part of the UN Climate Change Conference in Glasgow 2021, major fashion brands that have joined the United Nations Fashion Industry Charter for Climate Action (UNFCCC) met on November 8th. Before the climate conference in Glasgow, greenhouse gas emissions had to be reduced by 30 percent by 2030. In accordance with the climate goals of the Paris Climate Protection Agreement, the charter is now pursuing the stated goal of reducing emissions along the entire value chain and achieving climate neutrality by 2050.

Around 120 leaders came together in Glasgow on 1 November 2021 at the start of COP26, launching two weeks of global negotiations to help determine whether humanity can drive forward the urgent action needed to avoid catastrophic climate change.

As the world experiences record temperatures and extreme weather pushing the planet dangerously close to climate catastrophe, the need for urgent action at COP26 has never been clearer.

Addressing leaders at the first major global gathering since the COVID-19 pandemic, COP President Alok Sharma said: “The science is clear that the window of time we have to keep the goal of 1.5℃ alive , and to avoid the worst effects of climate change, is closing fast. But with political will and commitment, we can, and must, deliver an outcome in Glasgow the world can be proud of.”

Leaders were also addressed by poet Yrsa Daley-Ward, whose specially commissioned poem Earth to COP includes the lines: “Anything less than your best is too much to pay. Anything later than now, too little, too late. Nothing will change without you.”

And campaigner, Kenyan environment and climate activist Elizabeth Wathuti who said: “We need you to respond with courage to the climate and ecological crisis…for these next two weeks – which are so critical for the children, for our species, for so many other living beings – let us step into our hearts.”

COP26 brings the major emitting countries face to face with the countries most vulnerable to climate change. The World Leaders Summit will send a clear signal to negotiators to be as ambitious as possible and agree to a negotiated outcome that accelerates action this decade.

Moving from the promise of Paris, announcements in key sectors will start to show how Glasgow will deliver. This includes new commitments on consigning coal to history, electric cars, reducing deforestation and addressing methane emissions.

Building on the publication of the $100 billion delivery plan, which the Presidency requested the Canadian and German governments lead, finance will remain a key priority. Discussions will centre on how the countries most vulnerable to climate change can access the finance needed to deliver climate adaptation and boost green recovery from the pandemic.

Further to the commitment to mobilise finance, the opening of COP26 saw several new finance announcements to progress action on the $100 billion and address adaptation finance.

The UK Prime Minister Boris Johnson announced a funding package, as part of the UK’s Clean Green Initiative, to support the rollout of sustainable infrastructure and revolutionary green technology in developing countries. This includes:

At the end of the COP26 UN Climate Conference on 13 November 2021, the European Commission supported the consensus reached by over 190 countries after two weeks of intense negotiations. COP26 resulted in the completion of the Paris Agreement rulebook and kept the Paris targets alive, giving us a chance of limiting global warming to 1.5 degrees Celsius.

Commission President Ursula von der Leyen said: “We have made progress on the three objectives we set at the start of COP26: First, to get commitments to cut emissions to keep within reach the global warming limit of 1.5 degrees. Second, to reach the target of 100 billion dollars per year of climate finance to developing and vulnerable countries. And third, to get agreement on the Paris rulebook. This gives us confidence that we can provide a safe and prosperous space for humanity on this planet. But there will be no time to relax: there is still hard work ahead.”

Executive Vice-President and EU lead negotiator, Frans Timmermans, said: “It is my firm belief that the text that has been agreed reflects a balance of the interests of all Parties, and allows us to act with the urgency that is essential for our survival. It is a text that can bring hope to the hearts of our children and grandchildren. It is a text, which keeps alive the Paris Agreement target of limiting global warming to 1.5 degrees Celsius. And it is a text which acknowledges the needs of developing countries for climate finance, and sets out a process to deliver on those needs.”

Under the Paris Agreement, 195 countries set a target to keep average global temperature change below 2°C and as close as possible to 1.5°C. Before COP26, the planet was on course for a dangerous 2.7°C of global warming. Based on new announcements made during the Conference, experts estimate that we are now on a path to between 1.8°C and 2.4°C of warming. In today’s conclusions, Parties have now agreed to revisit their commitments, as necessary, by the end of 2022 to put us on track for 1.5°C of warming, maintaining the upper end of ambition under the Paris Agreement.

In order to deliver on these promises, COP26 also agreed for the first time to accelerate efforts towards the phase-down of unabated coal power and inefficient fossil fuel subsidies, and recognised the need for support towards a just transition.

COP26 also completed the technical negotiations on the so-called Paris Agreement Rulebook, which fixes the transparency and reporting requirements for all Parties to track progress against their emission reduction targets. The Rulebook also includes the Article 6 mechanisms, which set out the functioning of international carbon markets to support further global cooperation on emission reductions.

On climate finance, the agreed text commits developed countries to double the collective share of adaptation finance within the $100 billion annual target for 2021-2025, and to reach the $100 billion goal as soon as possible. Parties also commit to a process to agree on long-term climate finance beyond 2025. The COP also decided to establish a dialogue between parties, stakeholders and relevant organisations to support efforts to avert, minimise and address loss and damage associated with climate change.

On 1-2 November, President Ursula von der Leyen represented the Commission at the World Leaders Summit which opened COP26. The President pledged €1 billion in funding for the Global Forests Finance Pledge on 1 November. On 2 November, the EU announced a Just Energy Transition Partnership with South Africa and officially launched the Global Methane Pledge, a joint EU-US initiative which has mobilised over 100 countries to cut their collective methane emissions by at least 30% by 2030, compared to 2020 levels. President von der Leyen also kicked off the EU-Catalyst partnership with Bill Gates and EIB President Werner Hoyer.

From 7 to 13 November, Executive Vice-President Frans Timmermans led the EU negotiating team in Glasgow. On 9 November, Mr Timmermans announced a new pledge of €100 million in finance for the Climate Adaptation Fund, by far the biggest pledge for the Adaptation Fund made by donors at COP26. It comes on top of significant contributions already announced by Member States, and also confirms the EU’s supporting role to the informal Champions Group on Adaptation Finance.

EU side events at COP26

During the conference, the EU hosted over 150 side events at the EU Pavilion in Glasgow and online. These events, organised by a variety of countries and organisations from Europe and around the world, addressed a broad range of climate-related issues, such as the energy transition, sustainable finance and research and innovation. Over 20,000 registered to the online platform.

The European Union is a global leader in climate action, having already cut its greenhouse gas emissions by over 30% since 1990, while growing its economy by over 60%. With the European Green Deal, presented in December 2019, the EU further raised its climate ambition by committing to reaching climate neutrality by 2050. This objective became legally binding with the adoption and entry into force of the European Climate Law. The Climate Law also sets an intermediate target of reducing net greenhouse gas emissions by at least 55% by 2030, compared to 1990 levels. This 2030 target was communicated to the UNFCCC in December 2020 as the EU’s NDC under the Paris Agreement. In order to deliver on these commitments, the European Commission presented a package of proposals in July 2021 to make the EU’s climate, energy, land use, transport and taxation policies fit for reducing net greenhouse gas emissions by at least 55% by 2030.

Developed countries have committed to mobilise a total of $100 billion per year of international climate finance from 2020 until 2025 to help the most vulnerable countries and small island states in particular in their mitigation and adaptation efforts. The EU is the largest donor, contributing over a third of the current pledges, accounting for €23.39 billion ($27 billion) of climate finance in 2020. President von der Leyen recently announced an additional € 4 billion from the EU budget for climate finance until 2027.

Signatories to the Fashion Industry Charter for Climate Action are committed to support the implementation of the principles contained in it, both by pursuing the principles within their own organizations and by working collectively with other Signatories. 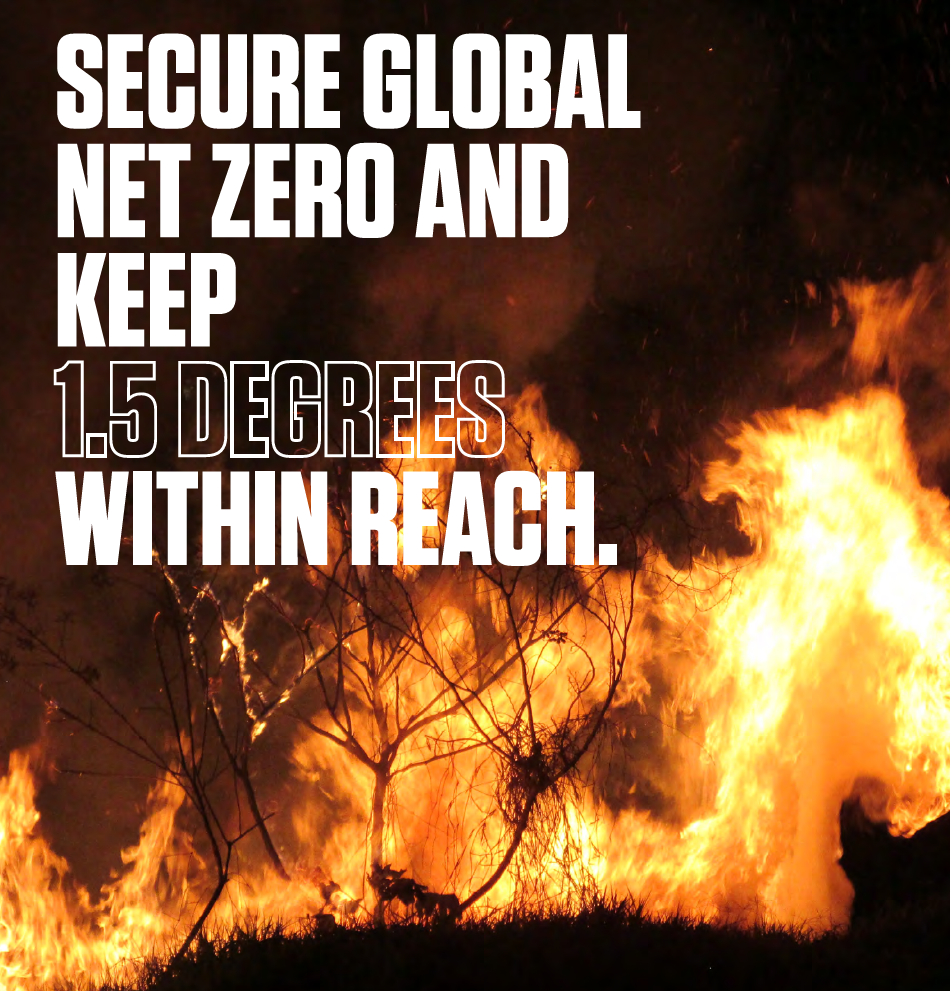